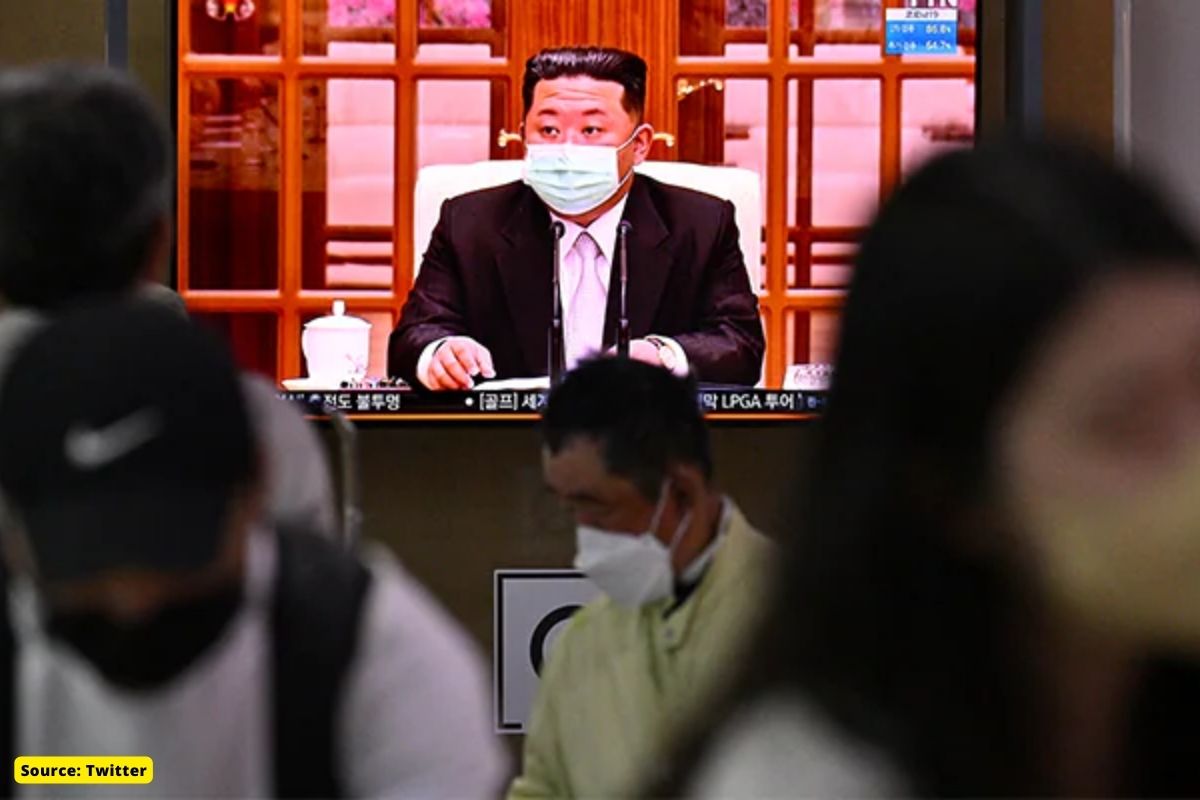 North Korea, which has always been in the headlines, is once again in the news due to the explosion of Covid-19. This explosive outbreak of Covid-19 has killed about 6 people in the country and more than 350,000 people have been reported infected, according to state media.

North Korea is calling the situation a ‘major national emergency’ on the day after the country reported its first-ever Covid-19 case. On Thursday, the country reported 18,000 new “fever cases” and six deaths, out of which one tested positive for the BA.2 sub-variant of Omicron, state media KCNA reported on Friday.

Till now 1,87,800 people have been isolated in the country. Although North Korea has not confirmed that all “fever” cases and deaths are Covid-19, because of its limited testing capability.

“It is the most important challenge and the supreme task facing our party to reverse the immediate public health crisis situation,” Kim Jong said, according to KCNA.

On Thursday, after a meeting of the country’s powerful politburo, North Korea kept all cities in lockdown and advised “people with fever or abnormal symptoms” into quarantine.

North Korea has not imported a single coronavirus vaccine into its country, so an outbreak of Covid-19 could prove disastrous for the country. The health infrastructure of the country is also not strong enough to treat a large number of patients suffering from a highly infectious diseases.

A reporter has said that most people in North Korea’s capital Pyongyang have not been vaccinated yet and the medical and epidemic prevention facilities are in short supply as well.

No Vaccination in Country

According to the World Health Organization (WHO), North Korea is one of only two countries along with Eritrea in Africa that have not started a vaccination campaign against Covid-19.

The Country is not vaccinating its people because it is not yet clear whether North Korea has Covid-19 vaccines or not. The nation already rejected the WHO’s global vaccine-sharing programme – COVAX as the country failed to arrange for any shipments, reportedly over international monitoring requirements. It is also unclear whether Supreme Leader Kim Jong Un is vaccinated so far or not.

In addition, the country had earlier rejected vaccines from China and the US as well. This time the US has even refused to send the vaccine.

North Korea said last year it had developed its Polymerase Chain Reaction (PCR) tool to conduct Covid-19 tests, and Russia has said it had delivered small numbers of test kits. But North Korea is heavily permitted over its nuclear weapons programme, and since 2020 has maintained stringent border lockdowns that have blocked many supplies.

Vaccination – is the only way to reduce the outbreak of the virus, let’s see how much will North Korea understand the depth of this or find a new way in the midst of weak health infrastructure.