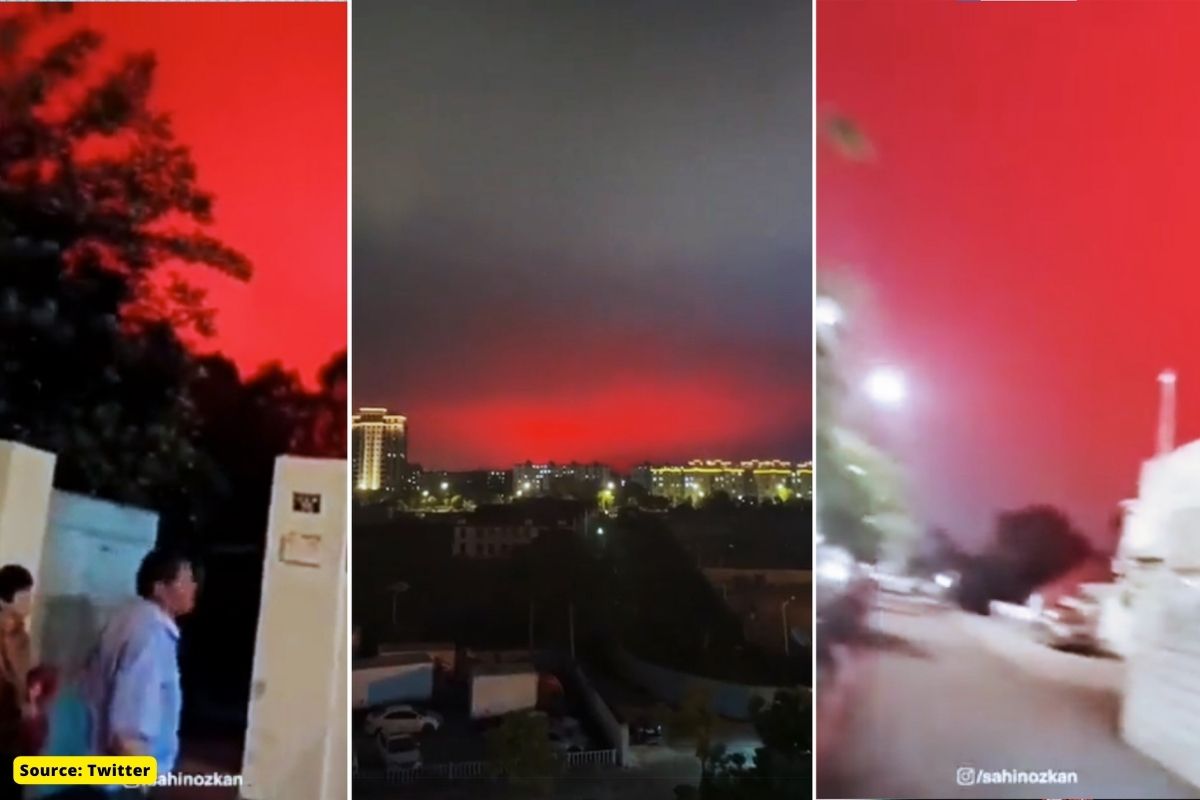 China: Last Saturday the inhabitants of the Chinese city of Zhoushan were alarmed to see, around 8:00 p.m., that the sky was completely dyed in an intense red colour while there was fog and light rain in the environment. Many users reported this on social networks, but… What phenomenon explains why the sky turned so intensely red?

The event became a trend on Chinese social networks, such as the Sina Weibo platform, where the videos and photos published accumulated more than 150 million visits; or in Douyin, where users assured that the phenomenon presaged a bad omen in reference to how their government has handled quarantines due to the pandemic in cities like Shanghai.

“I started to stock up on supplies” assured a user alarmed by the situation. “There’s going to be an earthquake in seven days, it’s not normal to see the sky all red,” another guessed, while a third even stated that “the day of reckoning is coming.”

However, the colour of the sky responded to other factors. “When weather conditions are good, more water in the atmosphere forms aerosols that refract and scatter light from fishing boats and create the red sky seen by the public,” explained staff from the Zhoushan Meteorological Bureau.

Thus, this rare phenomenon is due to a series of weather conditions, dense fog and drizzle, which favoured the refraction of the red light coming from the fishing vessel China Aquatic Products Zhoushan Marine Fisheries Co, as confirmed by the owner of the vessel to the media.

In recent weeks, many parts of the Iberian Peninsula also experienced episodes in which the sky turned a reddish colour. However, the cause was much clearer than in China.

The culprit was calima, an atmospheric phenomenon that the State Meteorological Agency (AEMET) defines as “the suspension in the atmosphere of extremely small non-aqueous solid particles, invisible to the human eye, but sufficiently numerous to give the sky an opalescent appearance.” More colloquially known as ‘orange dust in the air that’s messing up my car’.

Netizens pointed out that in 1770 the sky was covered in red for nine days in China, South Korea, Japan and Europe, due to massive solar activity, suggesting that this could be the cause of what happened. In 2017, Japanese scientists argued in a publication for the Astrophysical Journal Letters that it was a red aurora, which arises when there is a stream of solar particles entering the Earth’s magnetic field.

According to an expert from the space physics research team at the China University of Geosciences in Wuhan, solar and geomagnetic activity was calm on Saturday and there were no significant anomalies, so this was ruled out as the cause of the red sky.