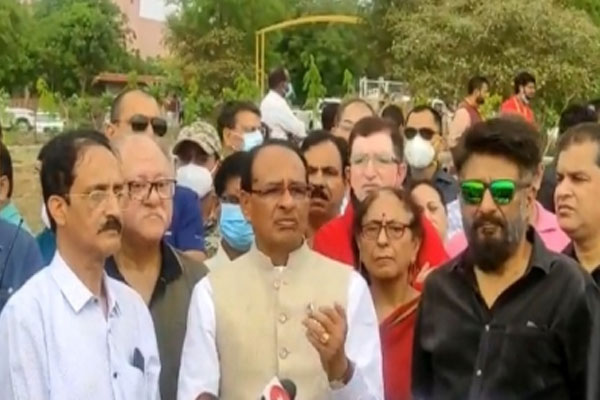 Ground Report | New Delhi: The proposal to set up a ‘genocide museum’ in Bhopal’s Madhya Pradesh came from Vivek Agnihotri, director of ‘The Kashmir Files’, on Friday from Madhya Pradesh Chief Minister Shivraj Singh Chouhan as well as members of the Kashmiri Pandit community.

Agnihotri, who requested the administration’s help in setting up the museum, received an immediate response, with Chouhan saying that the government was completely with him and he should come up with a detailed plan.

In his reply, Chouhan said that “the world has known the pain of Pandit families displaced from Kashmir. Our government will provide space and necessary assistance for the genocide museum,” the CM added.

“I once went to Kashmir in 2008 to attend an event organized by Kashmiri Pandits. I have felt their pain. I assure you that the Madhya Pradesh government will extend full cooperation in setting up a genocide museum in Bhopal.

According to the information, the museum will have documents related to the exodus of Pandits from Kashmir in 1990. ‘The Kashmir Files’ discusses the subject, with several state governments making the film tax-free so far. The blockbuster film has so far collected over Rs 200 crore at the box office, including Rs 3.55 crore on its first day itself.

Agnihotri praised Chouhan, describing him as “the only person in the world” who plants a sapling a day. He also thanked the Chief Minister for making the film tax free. At Agnihotri’s request, the two plants were named ‘Shiva’ and ‘Sharda’ after the names of the characters in the film. The third was named after the founder of Jana Sangh, Syama Prasad Mookerjee, at the request of Chouhan.