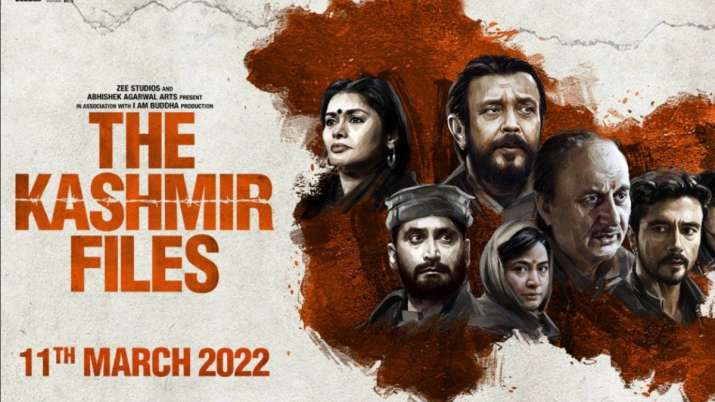 Ground Report | New Delhi: The Kashmir Files New Zealand; The release of ‘The Kashmir Files’ movie has been called off in New Zealand. The country’s censorship board, which had previously approved the film, decided to review its decision after being approached by some community groups.

New Zealand outlet Stuff reported on Saturday that the country’s chief censor, David Shanks, is reviewing the film’s R16 rating after the Muslim community raised concerns ahead of the film’s March 24 release.

According to the New Zealand Classification Office, an R16 certificate requires that children under the age of 16 cannot view a film without adult supervision. Shanks told the outlet that the classification office’s action does not mean the film is banned in the country.

He added that members of the Muslim community had approached him with concerns that the film “could generate anti-Muslim sentiment and potential hatred.” Shanks revealed that the situation was “complex” as the community’s concerns were about “online and offline behaviour in relation to the film, rather than the content of the film itself”.

The concerns raised were valid and serious, so it was important to “take stock and pause,” he added. Shanks said that the film’s initial rating was issued without the knowledge of these concerns. The censorship chief’s move has been criticized by Winston Peters, the country’s former deputy prime minister and leader of the New Zealand First political party.

In reaction to this, former Deputy Prime Minister Winston Peters of New Zealand criticized the censorship board. He says that censoring The Kashmir Files is an attack on the freedom of New Zealanders.

“Censoring this film is tantamount to censoring information or images of the March 15 atrocities in New Zealand, or actually removing all images of the 9/11 attack from public knowledge,” he wrote on Facebook.

“The Muslim mainstream, both in this country and around the world, has promptly and correctly denounced all forms of terrorism on the grounds that committing violence in the name of Islam is not Muslim. The measures taken against Islamophobia are also not should mistakenly lead to protecting terrorists in the name of Islam.

“Terrorism in all its forms, regardless of its source, must be exposed and opposed. This attempt at selective censorship would amount to yet another attack on the freedom of New Zealanders and people around the world,” he added.

New Zealand outlet Stuff reported on Saturday that the country’s chief censor, David Shanks, is reviewing the film’s R16 rating after the Muslim community raised concerns ahead of the film’s March 24 release.

As Vivek Agnihotri stated on Twitter, there was pressure on the New Zealand Censorship Board to ban The Kashmir Files, for which the director blamed “some community groups”.

The chief censor reportedly did not ban the film but is reviewing the film’s classification after members of the Muslim community raised concerns. Chief censor David Shanks said members of the Muslim community had approached him to say that the film could spark anti-Muslim sentiments and possible hatred. “This is a situation where emotions are starting to run high. [We] have to commit to that,” he was quoted by local media.

A petition was also started for the film’s release in New Zealand stating: “These graphic and violent elements are based on real events that have been documented. The film is a means of showing that painful experience to the world.”