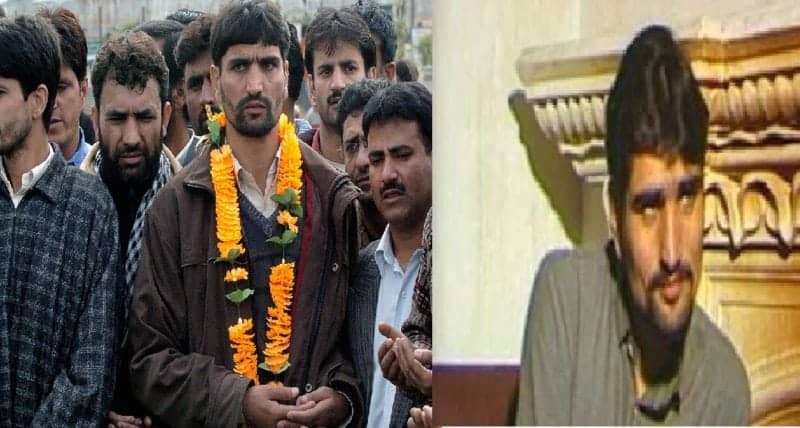 Ground Report | New Delhi: Bitta Karate; Since the release of ‘The Kashmir Files’ in theaters, the role of actor Chinamy Mandlekar is going viral on the internet. Mandlekar played the role of Farooq Ahmed Dar, famous as Bitta Karate. Since paper has turned into talk, we have done the research so that you can tell yourself about Bitta Karate.

Before going into details, you should know that the film directed by Vivek Agnihotri is based on the genocide of the Kashmiri Pandits. The assassination of Kashmiri pundits by terrorists in 1990 was promoted by Pakistan or groups it supported. Because of this, tens of thousands left the Kashmir Valley. In particular, the name of Farooq Ahmed Dar ranks first among the killers of Kashmiri Pandis.

Who was Bitta Karate?

Bitta’s real name is ‘Farooq Ahmed Dar’. Bitta was born in January 1973 in Kashmir, he is currently in prison, uses the PSA Act, he is the leader and current president of JKLF, that is, the Jammu Kashmir Liberation Front.

Bitta Karate spent 16 years in jail and was released on bail in 2006. The order for his release came from the Supreme Court of India. The court released Karate on bail under the Public Safety Act (PSA). After releasing him, a fraction of JKLF greeted him with a shower of flower petals.

He was arrested in 2019 and has been in jail ever since. He has now admitted to killing several Kashmiri Pandits in 1990. The role of Bitta Karate is inspired by the real-life character Bitta in the movie.

Farooq Ahmed Dar or Bitta Karate used to be a common man before he became a criminal. Karate claimed that he chose the path of terrorism after being harassed by the local administration.

He said he went to Pakistan with the help of Kashmir Liberation Front (KLF) area commander Ishfaq Majeed and took 32-day training there to get revenge.