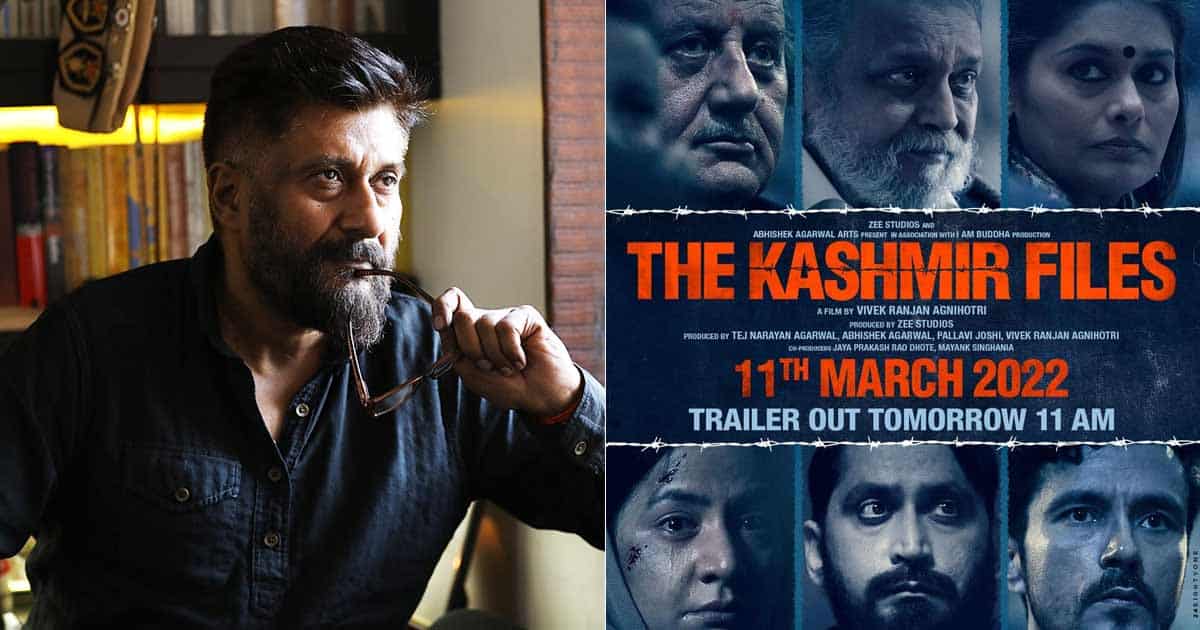 In an interview with The Lallantop, filmmaker Vivek Agnihotri said that The Movie ‘The Kashmir Files’ is banned in UAE, Qatar and Singapore, Now People are coming to India to watch the film. “No reason was given why the film is banned in UAE”. You can watch the full clip here (at around the 1:22 hour minute mark).

Director Vivek Agnihotri said, “Bringing the story of the Kashmir genocide to the big screen is not an easy task and should be approached with extreme sensitivity. The film promises to be eye-catching and with talented actors, viewers can re-visit this event in Indian history through RAW and Real Narrative.

Earlier, Vivek Agnihotri and the entire ‘Kashmir Files’ team answered some tough questions at a press conference. Vivek Agnihotri said that making the film was a moving experience for him.

He said the idea was, to tell the truth to the youth of India who had no idea about the genocide and the exodus of Hindu Kashmiris from the valley. The purpose, he said, was that no one should turn a blind eye to crimes against humanity.

He said people don’t seem upset unless the real problem knocks on someone’s doorstep. The Kashmir Files grossed Rs 48 crore at the worldwide box office. He also discussed the upcoming movie on OTT.

A court in Jammu and Kashmir also banned the producers of the film ‘The Kashmir Files’ from portraying the late IAF Squadron Leader Ravi Kanna in the film.

The order was issued when Nirmal Khanna, the wife of the late Indian Air Force officer, said the film did not present facts but rather demanded and failed to respect the sanctity of her deceased husband. For the uninitiated, martyr Ravi Khanna was one of four IAF members believed to have been killed by a group led by Jammu and Kashmir Liberation Front (JKLF) leader Yasin Malik in Srinagar on January 25, 1990.