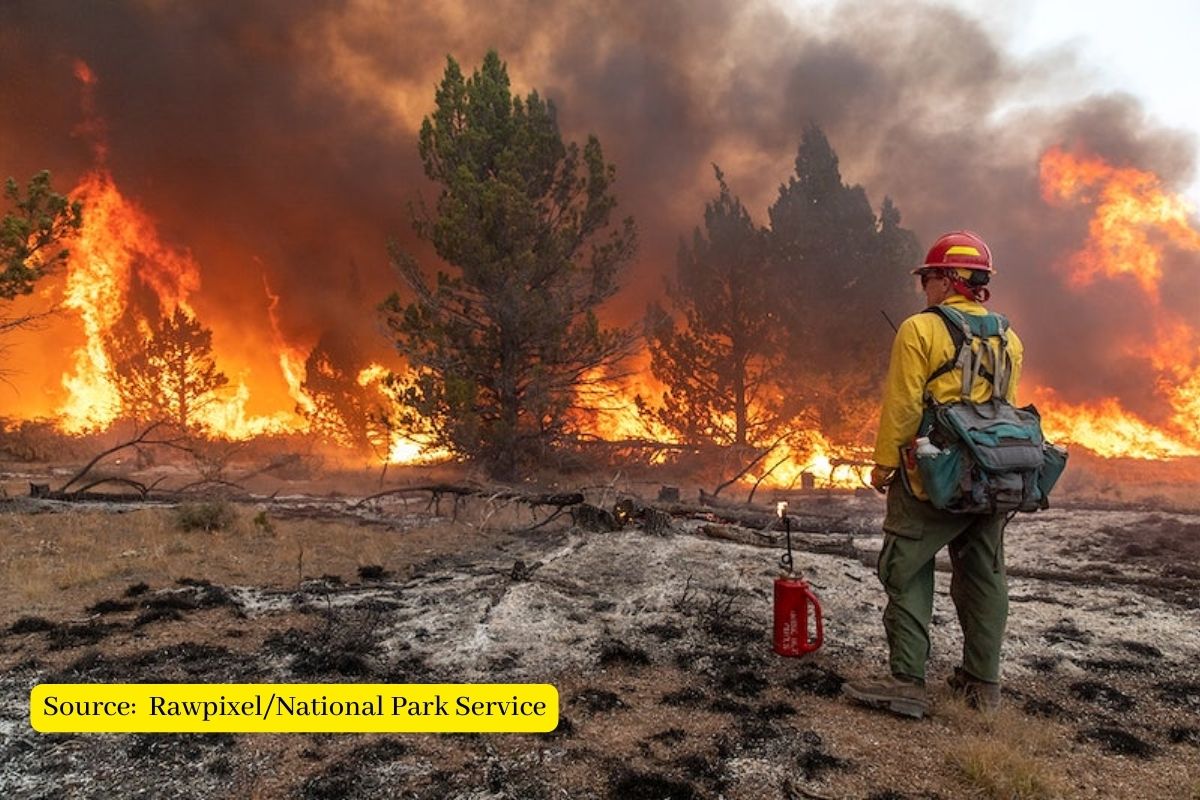 Seven times as many heat waves, three times as many droughts and river floods, and twice as many forest fires. This is the dramatic future that an international group of researchers predicts for people born between 2015 and 2021 if the current climate policy does not change.

“It is a call to action. We need to drastically reduce greenhouse gas emissions to ensure the future of the new generations and we have the necessary means to do so”, says Wim Thiery, who has led the study.

Entitled “Intergenerational Inequalities in Exposure to Climate Extremes“, it is a joint work of researchers from different universities and experts from the renowned International Institute for Applied Systems Analysis (IIASA), located south of Vienna.

A new branch of study.

Until now, Thiery explains, the scientific community had studied the effects of climate change by comparing two specific time periods.

This new study quantifies for the first time the exposure to natural disasters that a person born after 2015 will have throughout their lives.

“It is a new way of looking at the data that we already had that allows us to combine two disciplines, climate science and demography”, details the Belgian researcher.

Over a year and a half, the team collected vast amounts of data on lifetime exposure to natural disasters for every generation born between 1960 and 2020, from every country in the world.

In this way, they were able to create simulations for future generations based on their country and year of birth and the rise in global temperature until the end of the century, and in turn, compare them with the lives of those born in the 1960s.

“What we did was consider many future global warming scenarios, with increases of between 1 and 3.5 degrees until the end of the century,” Thiery details.

So far, according to the data that the countries themselves provide to the UN, these levels are not being met, so when talking about “current climate policy” the researchers refer to an increase of between 2.6 and 3.1 degrees.

“We can still keep the rise at 1.5 degrees, or it could go up to 3 or 4 degrees, depending on how we use fossil fuels,” warns the researcher, who points out that there are “big differences” between what the countries agreed to. in Paris and what they actually do.

The consequences of climate disasters will be global, but they will not affect all countries equally. In the case of the Middle East and North Africa, for example, people who are now 25 years old or younger will experience up to seven times more weather disasters in their lifetime than those of the generation of the 1960s. Meanwhile, for newborns, the number of freaks would even increase ninefold.

“Young people and children born in countries with lower income levels will experience the greatest increase in extreme weather events. Developing areas will be the most affected”, warns the researcher.

This is a big problem, not only because the living conditions of these people are worse than in more developed countries, but also because the total number of people affected is much higher.

“In Europe and Central Asia we have 64 million children born between 2015 and 2020, and they will have to face 4 times more extreme events. But in the same period, 205 million were born in sub-Saharan Africa, which will suffer up to six times as many catastrophes”,

Despite these worrying figures, the researchers believe there is some “hope” in their study, showing that limiting global warming could “drastically” reduce intergenerational differences.

To achieve this goal, Thiery highlights the importance of young people, who are more concerned about the climate issue but are limited in their actions due to their low representation and power in political decision-making.

“Young people want change, but they don’t have the power to make decisions. On the other hand, the older generations are in a position to implement a change, but they know that they will not live to experience the consequences of their decisions”, he points out.

If the right measures can be taken, the worst consequences for these new generations could still be avoided, the researchers say.

“We can reduce exposure to heat waves by 40% if we limit global warming to 1.5 degrees. While, on the negative side, if we reach 3 or 4 degrees, there could be a catastrophic increase in natural phenomena”, concludes the person in charge of the project.