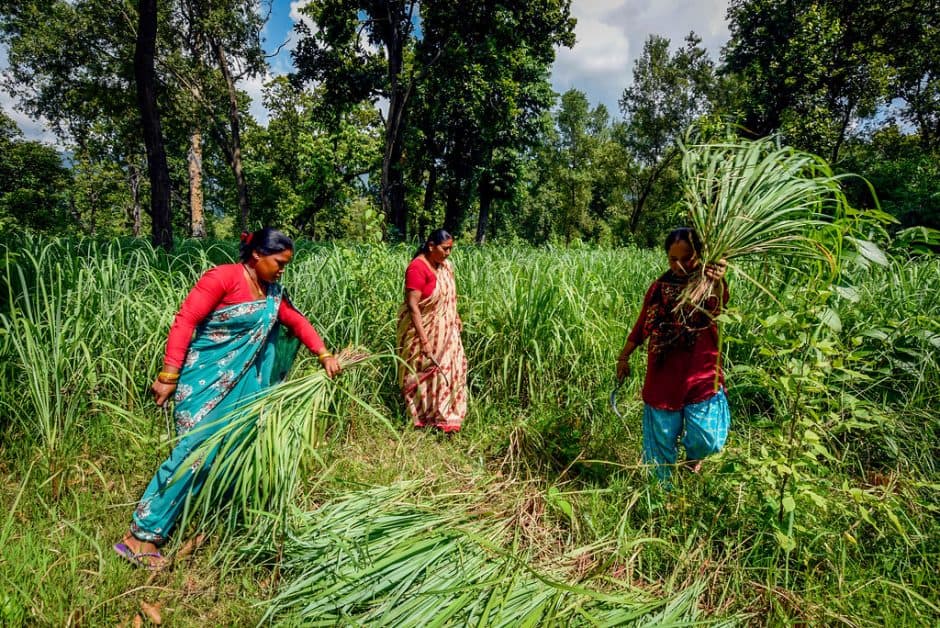 In these four blocks, 1200 elderly women are cultivating lemongrass as their primary source of income. Easily harvested even in drought-prone areas, lemongrass offers good income to these women farmers. The Santhal Pargana Mahila Producer Company Limited (SPMPCL), a producer company based in Jharkhandcreated by women for women, supports these farmers in marketing and trading.

Under the JOHAR project, all the interested beneficiaries are provided an amount of Rs 4,750 to cultivate lemongrass. These women believe that the cultivation of lemongrass on barren land not only help them earn good money but also preparesthat land for commercial farming.

After receiving training under the JOHAR Project, several women started cultivating lemongrass in January 2020. Since March 2020, these women have managed to earn Rupees Fifty Thousand by selling lemongrass slips despite the lockdown imposed due to Covid-19.

Siddhartha, District Project Officer and Pranav Priyadarshi, Regional Project Officer of JSLPS informed that in the last three financial years, lemongrass has been cultivated on 175 acres of land in these four blocks.  “To double the income, JSLPS has also planned to soon install a machine to extract lemongrass oil. This will motivate the farmers to adopt lemongrass farming and will make them financially stronger,” said the duo.

Lemongrass oil has a huge demand in the market. The oil extracted from lemongrass is purchased by cosmetics, soap, oil and medicine industries. This is the reason for increase inclination of farmers towards lemongrass farming.

Agriculture experts believe that lemongrass is not expensive to cultivate. The price of one lemongrass plant is between Rs 0.75 to 1. Besides, it is less prone to diseases as compared to other crops saving farmer’s money on insecticides.

The crop is planted a foot apart to get maximum leaves. After plantation, the crop becomes ready in six months. Soon after that, harvesting can be done every 70 days, around 5-6 times in a year. Lemongrass is also known as a perennial profitable plant. Harvesting lemongrass on one acre of land provides around five tons of leaves from which 25 litres of oil can be extracted. Similarly in a year from six harvests, 100-150 litres of oil can be extracted. Even if a litre of oil is sold at 1200-1300 rupees, it will still provide revenue of Rupees One Lakh to the farmer.

India produces around 700 tonnes of lemongrass oil annually, a large quantity of which is exported. Lemongrass oil from India has always been in demand due to its high quality of citral. To fulfil the promise of doubling farmers’ income by 2022, the Government of India under its Aroma mission is increasing the area under cultivation of medicinal and aromatic plants, lemongrass being one of them.

The writer is a veteran journalist from Jharkhand and have been writing on rural development challenges over two decades now. This article was first published in Grassroots. Share your feedback on features@charkha.org