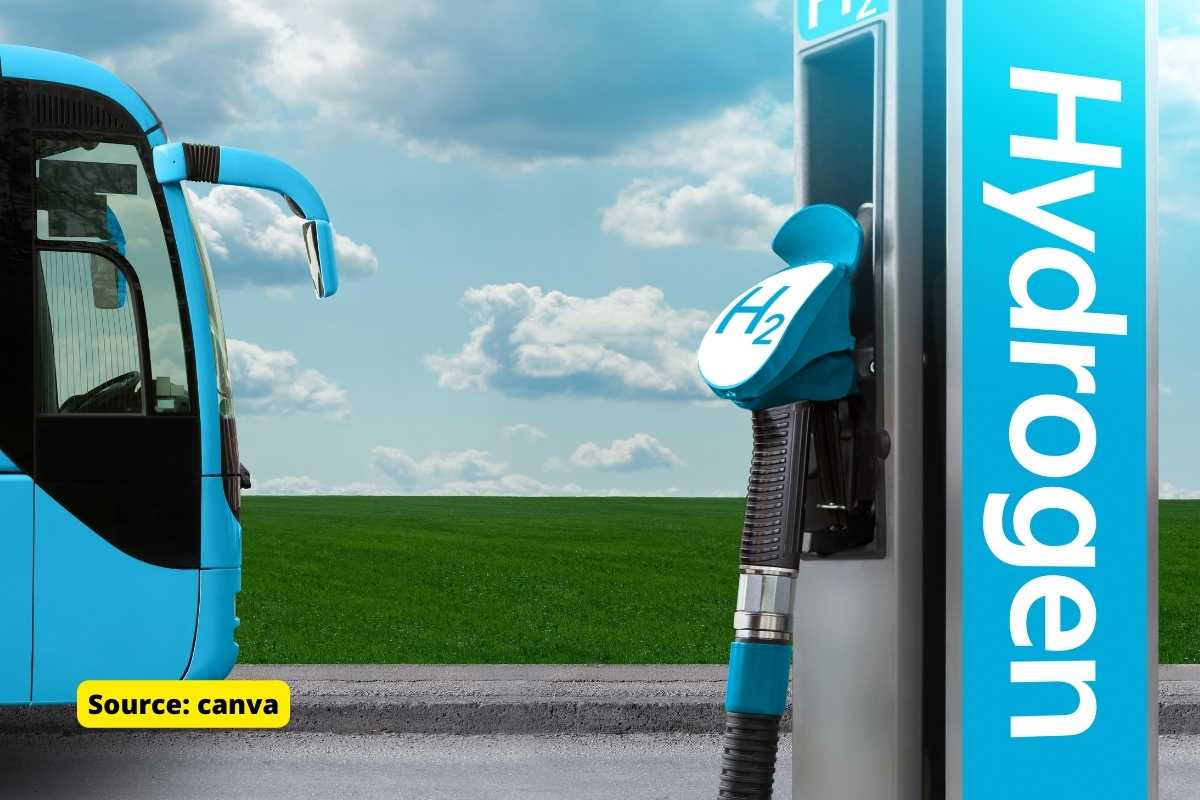 In the hill state of Himachal Pradesh, the Chamba District administration has signed a Memorandum of Understanding (MOU) on the 15th of April 2022 with the National Hydroelectric Power Corporation in order to produce 20kg of hydrogen per day by installing a 300 KW power generation plant in a 200-acre area. “The power generated through ground connected Ground Mounted Solar PV plant would be used to produce hydro fuel in the electrolyzer through electrolysis and stored in pressurized form after the formation of the Plant.”, Deputy Commissioner DC Rana mentioned in an interview after signing the Memorandum of Understanding. The product will be considered green hydrogen and thus will be used as clean energy fuel.

It is further stated that 9 to 12 liters of water are required for producing 1 liter of hydro fuel. The fuel generated will be stored in 20-liter storage tanks in cars, and buses up to 32 plus seating capacity that will have hydrogen fuel cells to conduct the fuel during transportation thus making a step ahead in the policy of zero carbon emission.

The Ammonia Energy Association in Association with the University of Ontario Institute of Technology has launched a project where the body’s proposal is to do a comprehensive investigation on the analysis, assessment, and optimization of ammonia synthesis processes under a renewable energy portfolio, including low-cost hydro, wind, solar, geothermal, ocean, biomass, etc. Furthermore, ammonia production via hydrocarbon decomposition, which is to be investigated in the study, is a promising option to utilize fossil fuels in a cleaner and environmentally friendly way. Case studies for various locations and applications in communities, cities, and provinces to develop and implement cleaner solutions will be performed.

The objectives of the said project include energy, and energy analyses, environmental impact assessments, thermo-economic analyses and evaluations, optimization studies, experimental investigation, scalability, and feasibility analyses. The analysis results will show the optimized solutions for the ammonia synthesis depending on different locations in Canada. Moreover, emerging ammonia synthesis methods will be investigated which can bring additional cost and efficiency benefits.

According to a report in 2019, India’s current energy import bill is over USD 12 Billion (INR 12 Billion) a year. India has also proposed a draught regulation requiring green hydrogen to account for 10% of refiners’ total hydrogen demand by 2022-23. India wants to boost its non-fossil energy capacity to 500 GW by 2030 and use renewable energy to cover 50% of its energy needs.

Initiation from the Indian Government Sector:

Amid the Coal Crisis the nation is facing now due to the Russian Invasion of Ukraine, defense pressure due to Attacks on the Indian Defence by the Chinese People’s Liberation Army, and the rumors of the Chinese Oil Industry attracting Middle Eastern Oil Manufacturing Nations like Saudi Arabia for setting up Petroleum and other Oil Refineries in China, the Indian Government has decided to invest in setting up of 29 Hydro Power Projects having combined power capacity to generate 33,240 Mega Watts Units in India.

Since June 2021, India has seen an extraordinary surge in fuel costs. This has reintroduced the topic of energy security to the conversation. The fundamental focus of the conversation has been the rise in imported crude oil consumption. Indian companies have declared intentions to adopt hydrogen as a fuel as India wants to convert to carbon-free fuel. Some Private investors in the growing market are Mukesh Ambani’s Reliance Industries and Gautam Adani’s Adani Group of Industries along with state-owned oil refinery Indian Oil and power generator NTPC. These are some of the top companies that are going to invest in renewable energy and green hydrogen in 2022 or the near future.

State-owned GAIL (India) also has ambitious plans concerning green hydrogen. The Public Sector Units plans to build India’s largest green hydrogen plant. The company is testing the mixed percentage before it scales it up. The hydrogen that GAIL plans to produce can be sold to fertilizer units thus getting entry into the Agro-Industry.

The state-owned company is diversifying its portfolio to include renewable energy, energy storage, energy distribution, and electric car charging. NTPC intends to commercialize the production of green hydrogen. As a result of the economies of scale, this is projected to decrease. In addition, NTPC has promoted the use of green hydrogen-based solutions in industries such as transportation, energy, chemical, fertilizer, steel, and others.

FDI and the future of the Hydro Fuel Industry in the Nation:

As the demand is observed by the energy sector for tapping more renewable energy resources in India and abroad, it is to be noted that the Central Ministry of New and Renewable Energy of India is attracting FDI as an option to expand its market globally. This will help in gaining more information regarding the technological experiments going on in foreign countries and where we have to work upon. In a report released in February 2022, the Deputy Governor of Ladakh in an interview said, “We have urged the National Thermal Power Corporation (NTPC) Chairman, and Managing Director to prepare a Hydrogen Roadmap for the state as this will attract Foreign Direct Investment in the future. He informed us that hydrogen-fuelled vehicles are ready to be tested and the land has been acquired for initiating this 1 Mega Watt Solar cum Hydrogen Generation Project. It has also been discussed to set up two proposed hydrogen mobility units in Durbuk and Nurla, and also to set up a combined heat and power generating project for Sindhu Medical College.

Ladakh requires power generation during winters and has all the four forms of renewable energy namely Solar, Wind, Hydro, and Geothermal energy in its store.  The state has the potential to install plants having the power to generate more than 150 Mega Watts of Electricity in the Coming Years ahead. Additionally, heat plants are going to be used to deliver household supplies for space heating.

Private Players in the National Market:

Along with the Government, the Indian private sector has also started to show its interest in the country’s renewable energy sector. Various players like Inox Green Energy Services Board have got the approval of the stock markets to raise an Initial Public Offering amounting to 900 Crore INR (126,200,000.00 US Dollar) where 500 Crore INR will be offered for IPO through equity and the rest through an Offer For Sale of a certain percentage of Equity Shares to be converted into Preference Shares.

A non-binding Memorandum of Understanding has been signed by The Adani New Industries which is the newest part of the Adani Group of Industries led by Industrialist Gautam Adani with Ballard Power Systems of Canada to explore the possibility of commercialization of hydrogen fuel cells in various mobility industrial applications in India.

RIL’s energy business is about to undergo a change that will allow it to provide de-carbonization options such as hydrogen infrastructure, integrated solar PV, and grid batteries. The company recently announced its plans to become a net carbon-zero Organization by 2035. The conglomerate said it will invest INR 750 Billion over the next three years in the renewable energy market.