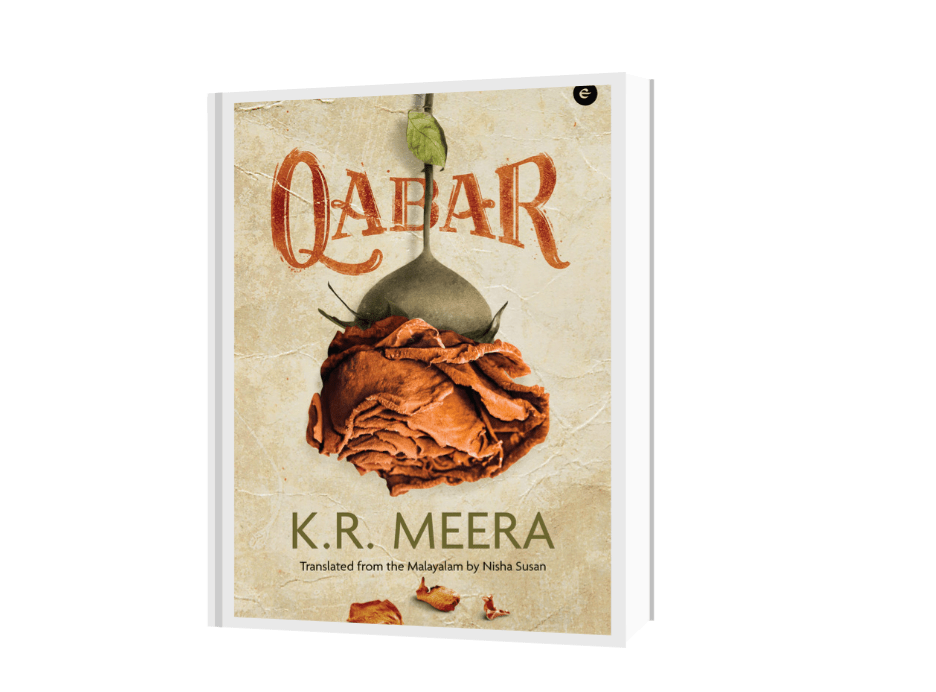 Book Review of Qabar : The line between reality and magic slowly diminishes with each sentence. The themes which the author has picked to comment on or tell the story around, quite fascinatedly blend with magical realism. This definitely demands a suspension of belief from the reader. But, magical realism is always a big thumbs up for me.

Book Review of Qabar : The book follows the story of judge Bhavana Sachidanandan, presiding over a case of the demolition of the petitioner’s ancestor’s Qabar (grave). The story is a first-person narrative. On the first day of the hearing, the presiding judge sees rainbows and a particular fragrance leaves her in a trance. She loses consciousness and finds herself in a hospital. Thangal, the petitioner, is an architect or illusionist or djinn worshiper etc., unsettles Bhavana on the first day of the hearing through his (apparent) illusions. Then, there are stories about what and who he is. Though, Thangal does reflect Bhavana’s fears and desires through his illusions in the plot. Thangal’s mysterious identity feeds into the inquisitive nature of Bhavana’s desires.

Centric to the plot is the family history of Bhavana, which she inquisitively enquires her mother and father about. Her father takes pride in the oppressive patriarchal traditions, whereas in her mother’s account the reality of the story is hidden, as ‘you can’t talk about everything openly’. The character of Bhavana’s mother has, through her adult life, succumbed to the patriarchal expectations of a woman, which she later stands her ground against, something like in the Malalyam Movie The Great Indian Kitchen (2021). Interestingly, in the latter half of the book, the ancestral history of Thangal and Bhavana comes together to form bigger mythology. The interchangeability of identity on various folds– like in both the family and ancestral histories– becomes the basis of most political divides of our times. Yet, what we fail to understand is that it is not a single absolute story until it is told together in synergy.

Through the case in hand of the district judge about the ancestral ‘Qabar’, the author weaves a narrative of history, and its various, convenient re-tellings. History is a story, mostly based on facts with ample opportunity to insert some conveniently suited adjustments in the retellings. The various versions of the story reflect the interwoven nature of each culture and its customs. Then, what is history? A conveniently told story.

Beyond the versions of history, the conversation around the prejudices in the legal system is too subtly placed at the heart of the book. In one instance, when Bhavana has cleared the district judge exam, her mother tells her to not forget what EMS said, and she quotes.

‘Where the evidence is balanced between a well-dressed, pot-bellied rich man and a poor, ill-dressed and illiterate person, the judge instinctively favours the former.’

These lines come quite early in the book and quietly form a strong argument against prejudices that judge Bhavana in the story grapples with.

K.R. Meera, for me, has produced a remarkable work of fiction marking the realities of the contemporary times in the periphery of Bhavana’s story. Beyond that, Qabar is also a story about the insecurities and desires of a single mother. There are no absolutes here. Reality is its own check.