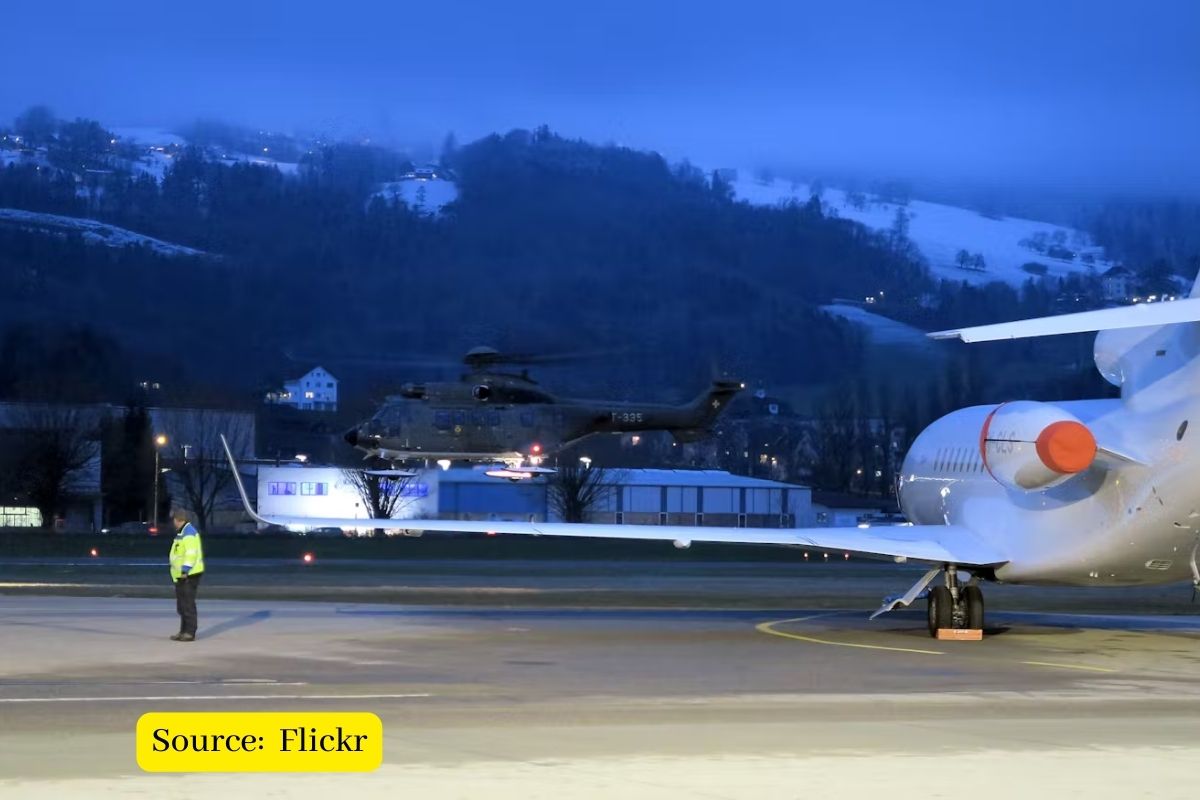 The annual meeting of the World Economic Forum (WEF) in Davos, Switzerland, brings together more than 2,500 leaders from government, business and civil society to share ideas, outline plans and form alliances to make facing the world’s most urgent challenges, such as the climate crisis, has begun. And with it a call to environmental responsibility.

Greenpeace has released a report that analyzes the CO2 emissions caused by private plane travel by those attending the World Economic Forum (WEF) in Davos in 2022.

Greenpeace demands an end to unnecessary private flights by denouncing the “master class in hypocrisy” represented by the more than a thousand private jets that attend the World Economic Forum in Davos to be held next week in the aforementioned Swiss town and that generates the same volume of greenhouse gas emissions as the equivalent of 350,000 cars driving 750 kilometres a day for a week.

“1,040 private jets flew in and out of the airports serving Davos during the week of the meeting. This circumstance caused CO2 emissions to multiply by four during those days. And everything indicates that this phenomenon will be repeated in the new FEM appointment, which will start today, January 16”.

According to a study prepared by the environmental group Greenpeace: Is it hypocritical to travel to the Davos forum by private jet? During the last edition, the leaders in Davos 2022 quadrupled their CO2 emissions. The study estimates that 1 in 10 travelled by private plane to the meeting designed to address climate change, releasing four times the average weekly CO2 emissions from this highly polluting mode of travel.

Indeed, given the polluting and climate-warming effects of private jet emissions, it is counterproductive for attendees to choose this mode of transportation when there are so many less environmentally aggressive ways to travel, the study cites.

This issue of private plane travel has attracted worldwide attention in the last year after it was made public that several celebrities take ultra-short trips aboard this means of transport, and the implications that this has on global warming.

Private jet flights attracted global public attention last year after various public figures came under fire for their ultra-short commutes on these aircraft. The analysis published by Greenpeace International comes days before political and business leaders head to Davos for the 2023 World Economic Forum, with the stated aim of wanting to address the climate crisis and other “ongoing crises” from ” bold collective action.

“If we take into account that 80% of the world population has never travelled by plane, but suffers the consequences of the emissions caused by these climate bombs that are private jets and that the World Economic Forum claims to be committed to the Agreement on Paris… well, we are facing an unbearable master class in hypocrisy.

The spokesperson for Greenpeace’s European mobility campaign, Klara Maria Schenk, laments that the “rich and powerful” who come to Davos to discuss the climate and inequality behind closed doors use the “most polluting and uneven that exists” and precisely when Europe is registering the warmest month of January on record.

In addition, he pointed out that 80 per cent of the world’s population has never travelled by plane but suffers the consequences of the emissions caused by these “climate bombs that are private jets.”

What the research highlights is the deep contradiction between the actions of leaders at Davos 2022 on their stated responsibility to achieve the goals of the Paris Agreement to keep the planet’s temperature rise below 1.5°C and their private jet travel. “Businesses, policymakers and civil society must promote comprehensive climate action in the short and long term,” is quoted on the WEF website.