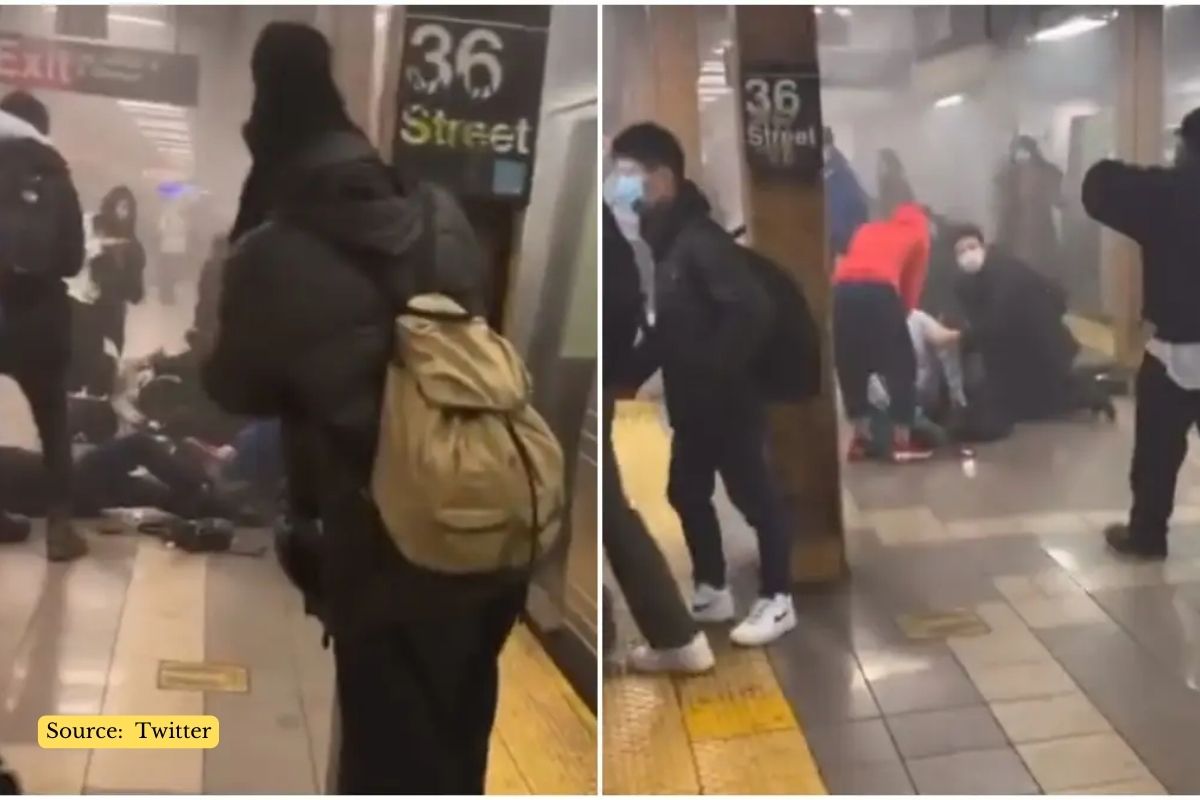 In the US, New York officials have said that several people have been shot in a shooting at a subway station in Brooklyn.

According to local media, the shooting took place at 36th Street Station in Sunset Park at 8.30 a.m. local time on Tuesday.

Officials have asked people to stay away from the area and subway trains will be delayed. At least four train lines have also been delayed.

It is not yet clear how many people have been hurt in this incident.

Firefighters reached the spot after the smoke rose at the station. Such pictures are also coming out in which a lot of blood is spread on the floor of the station.

In a statement posted on social media, NYPD said “multiple people were shot” but that, contrary to initial reports, no explosive devices were involved.

Officers were called to the 36th Street subway station, where the D, N and R lines pass through the Sunset Park neighbourhood, at around 8:30 am (9:30 am ET), according to a spokeswoman for the Police Department. . They also received reports of smoke inside the station.

Transit officials said trains on the D, N and R lines would be delayed due to the investigation. The Metropolitan Transportation Authority, which operates the city’s subway, said no further details were available.

A spokesperson for New York Mayor Eric Adams declined to comment on the matter to The New York Times, as the reports were still preliminary.

In some reports, it is also being said that explosives were found. More information is yet to come in this matter.