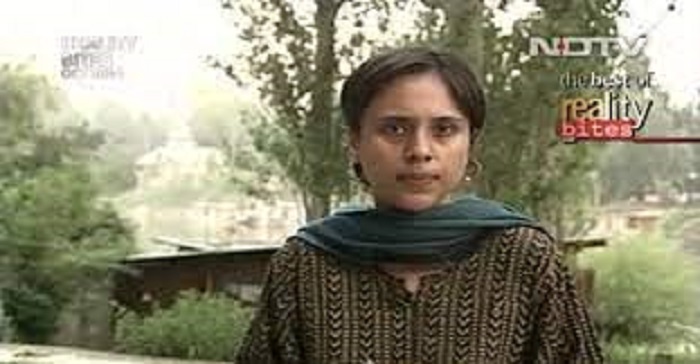 Ground Report | New Delhi: Barkha Dutt Kashmiri Pandits; A video of journalist Barkha Dutt talking about how Kashmiri Pandits have once again become a topic of conversation on social media. The old video recently became a topic of conversation among netizens with many demanding an apology from the journalist after a social media user posted some kind of reaction video.

The hashtag #ApologiseBarkha is trending on Twitter. Several users have shared a video of the journalist claiming that she justified the exodus of Kashmiri Pandits.

The hashtag emerged after an Instagram page, “Kashmir Youth Movement,” shared a video of a man claiming to show the same video to his grandmother, a Kashmiri Hindu, who demanded an apology from Dutt.

In the video, a man can be heard saying that he would play the video clip for his grandmother. “Let’s see what his opinion is on this,” adds the individual off camera. We are Kashmiri Pandits, he clarifies.

After listening to Dutt, the woman says that she disagrees. “If we were so privileged, we wouldn’t have left. Even Barkha Dutt would have left if she had to face whatever we did,” she says.

The woman can be heard saying that from the atrocities against women to being told that Kashmiri Hindus would not be spared, there were many traumatic moments. My children’s names (one in class 12 and one in class 8), she alleges, were written in mosques and labelled as Kashmiri Hindus. She says that it was after this that she and her family travelled to Jammu.

“Anything we earned, whatever wealth we had, that was through our own efforts,” she adds. Misqualifying Dutt’s comments, the woman adds that the journalist should apologize.

The full video was posted on the NDTV website on May 7, 2013. The title of the video, “Kashmir Pandits: The Forgotten Minority (Issued: October 2004)”, itself is in stark contradiction to the claims. made on social media. Here, Dutt spoke about the plight of Kashmiri pundits, a minority in the Valley.