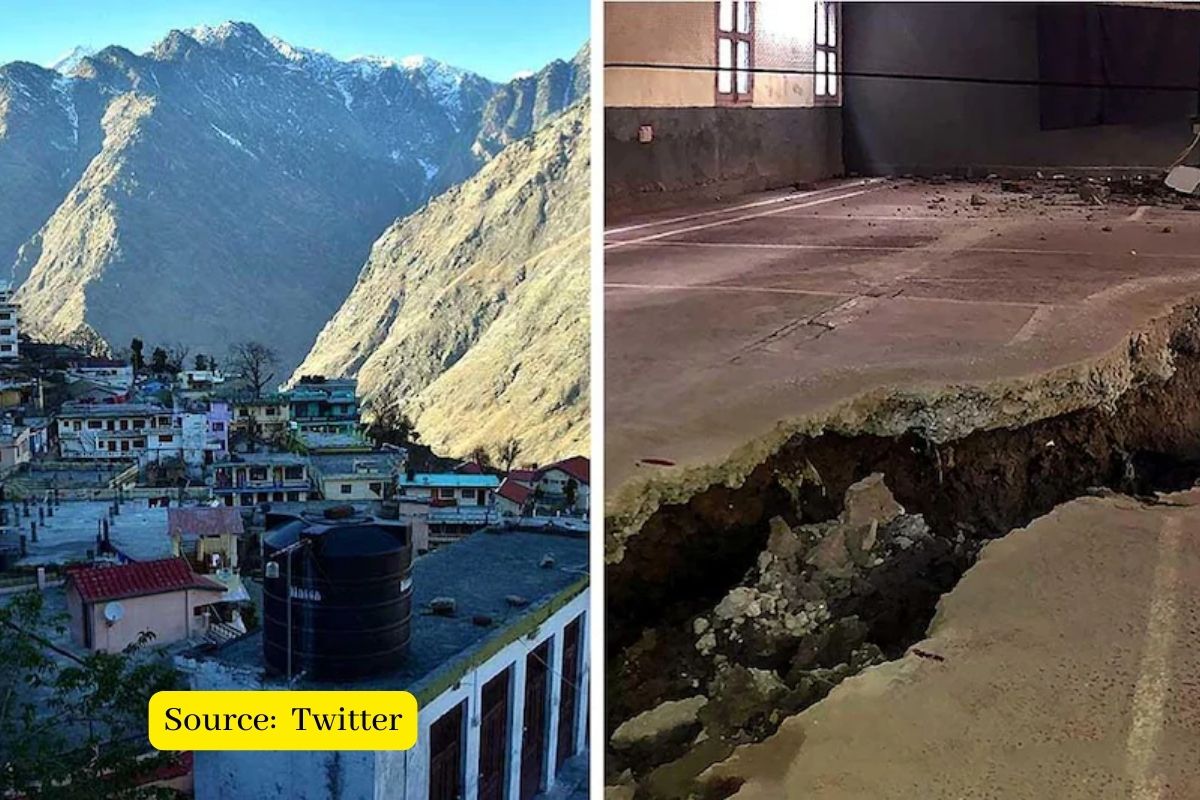 After hotels, now the damage can be seen in residential buildings. The crisis in Joshimath deepened as the number of buildings with cracks rose to 849, a few hundred more than what was reported just 2-3 days ago.

The district administration has so far distributed 301.77 lakh interim assistance to 396 affected families.

“About 284 food kits, 360 blankets, 842 liters of milk, 55 heaters/blowers, 36 kits for daily use and another 642 relief materials have been distributed to those affected,” lamented an official.

On Sunday, reports surfaced of two more hotels leaning dangerously towards each other, while wider cracks appeared near the Auli cable car and in other areas of Joshimath. The demolition process of two hotels Malari Inn and Mount View which were declared unsafe was still ongoing. About 100 meters from the site, two more hotels, Snow Crest and Comet, have leaned dangerously towards each other.

On Monday, Joshimath Bachao Sangharsh Samiti (JBSS) urged the Center to take over relief and rehabilitation work in Joshimath, as he said the Uttarakhand government was taking an “indifferent” approach. The Samiti also raised the tone to scrap NTPC’s Tapovan-Vishnugad hydroelectric project under construction.

Also Read:  Which cities in India to have the same ‘sinking’ fate as Joshimath?

In a letter to Prime Minister Narendra Modi, JBSS coordinator Atul Sati said the state government ignored his warnings about the impending disaster for 14 months and now the crisis has endangered the very existence of a historic city. Samiti demanded the removal of NTPC’s power project, saying its tunnel construction was responsible for the current disaster in Joshimath.

Sati said that the L&T company was initially building the tunnel for the NTPC, but had to quit because it was not satisfied with the way the corporation was working. He also cited a research paper published in an international journal in 2015 that said the tunnel was dug in the “fault zone.”