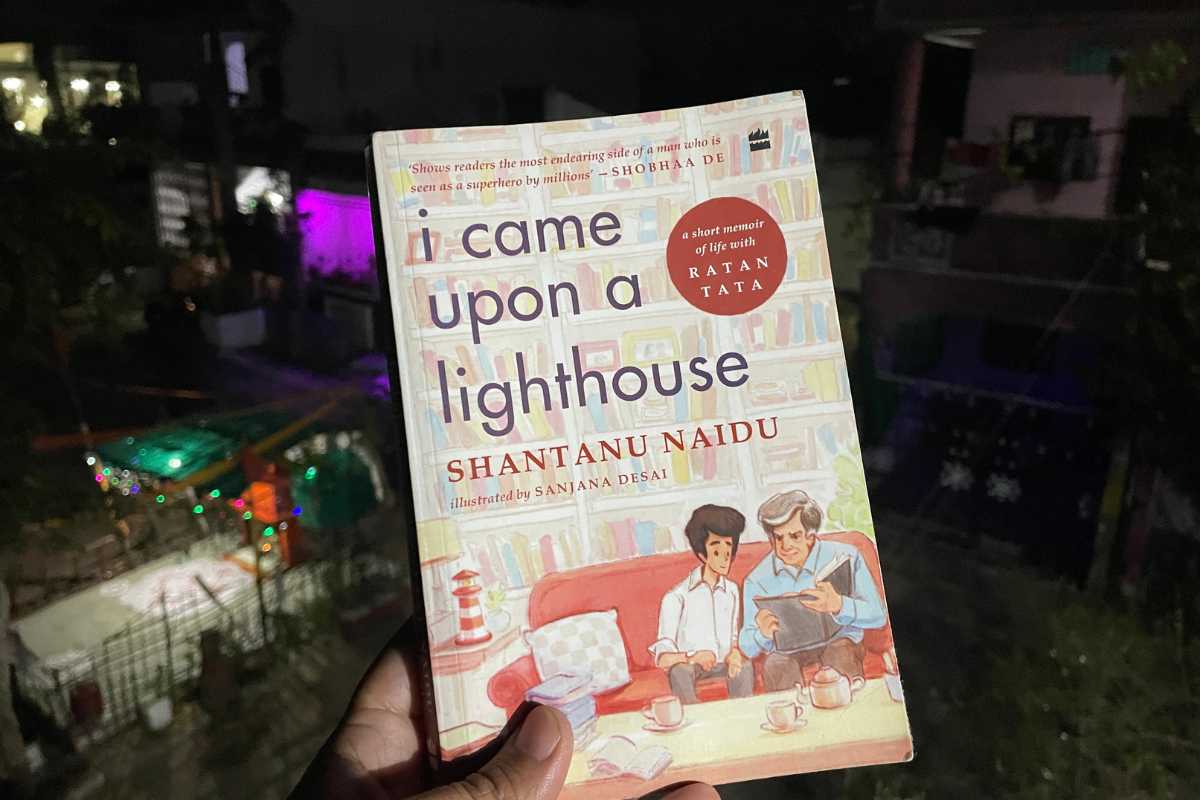 Shantanu Naidu’s name came into the limelight when his picture went viral on social media celebrating Ratan Tata’s birthday. At that time everyone wanted to know who is this new friend of Ratan Tata. Then the whole world came to know that Shantanu Naidu is the General Manager of Ratan Tata and also a special friend. Shantanu Naidu in his book ‘I Came Upon a Lighthouse’ has explained in detail how Ratan Tata came into Shantanu’s life and how his journey has been so far.

Let’s talk about this book…

I Came Upon a Lighthouse by Shantanu Naidu

This book was published in the year 2021 by HarperCollins. Which has been published with a special note from Ratan Tata. You can call this an account of Shantanu Naidu’s journey with Ratan Tata so far.

It begins with Shantanu Naidu making glowing bands for stray dogs to save them from being run over by vehicles in the dark. He names his startup Motopaws. Shantanu’s family has been working in Tata companies for generations but to date, no one has got a chance to meet Ratan Tata. Shantanu writes a letter to Ratan Tata about his startup, but Shantanu does not expect Ratan Tata to reply to his letter.

But Ratan Tata’s reply comes and he calls Shantanu to meet him. This is where Shantanu’s journey with Ratan Tata begins… To know the rest of the story, you will have to read the book.

I Came Upon a Lighthouse is Shantanu’s first book as an author and his writing shows that he can become a good writer in the future. Meeting a personality like Ratan Tata and working with him is a dream for many, but Shantanu got Ratan Tata as a friend which is an unimaginable thing. Think of yourself if a personality like Ratan Tata stands with you on all your important occasions. By reading the book, you get to know how special and unique this friendship is.

The special thing about this book is that you see Ratan Tata from Shantanu’s point of view, and you know some such things about him that you might not get to read in any other book.

It is a story full of emotions and feelings in which you get to see a different side of Ratan Tata.

The story is very engaging and entertaining, it leaves you with a feel-good ending. You can read this 200-page book anytime you want.

Also Read: Who is Shantanu Naidu, Why does Ratan Tata Like him so much?