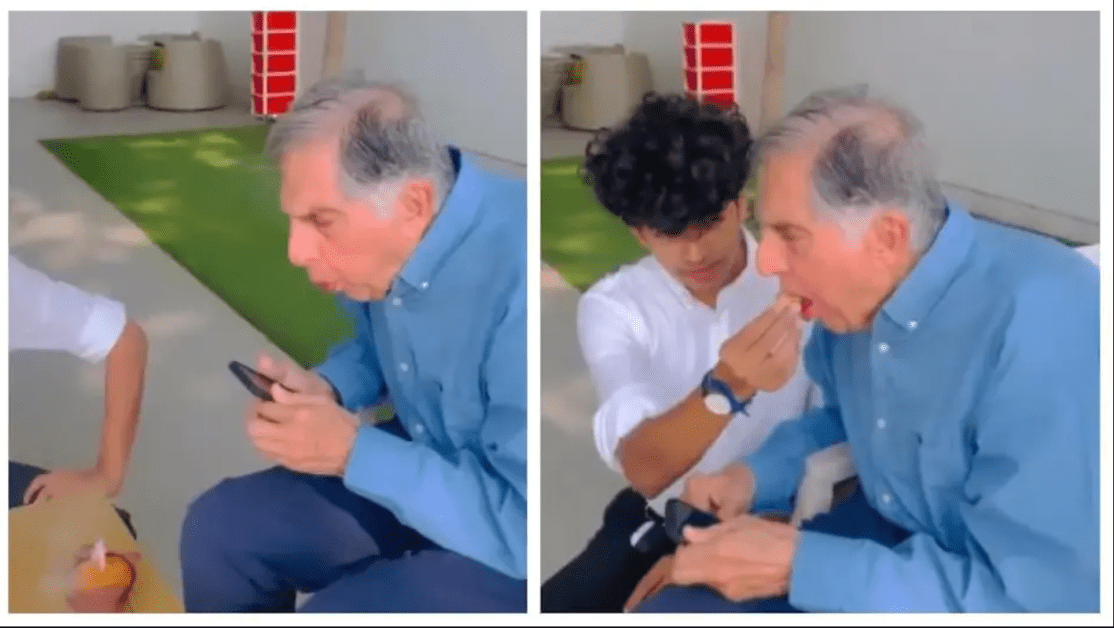 Recently, a picture of Ratan Tata celebrating his 84th birthday also went viral. In this, he is seen with a boy. There was a lot of excitement among the people about who this is. Actually, this is Ratan Tata’s assistant Shantanu Naidu, He is 28 years old and the founder of stray dog startup Motopaws. Naidu along with his friends created dog collars known as glow-in-the-dark collars. This helps drivers to detect dogs from far away and thus the accidents can be prevented. Ratan Tata has a special attachment with Shantanu.

Shantanu is Also the author of Book ‘I Came Upon a Lighthouse: A Short Memoir of Life with Ratan Tata’

An endearing portrait of an Indian legend

I told him that when I write a book, I would write about another side of him and not just historic events or business milestones. I would write about us and our adventures together, and how I saw him, colors and shades of him unknown to the world. Life beyond the great steel wall of ‘industry doyen’.

He agreed. ‘There cannot be one book that captures everything … So you do your thing, give your perspective.’

It was their shared empathy for homeless dogs that sparked an unlikely friendship. In 2014, Shantanu Naidu, an automobile design engineer in his early twenties, developed an innovation to save the local strays from being run over by speeding cars. Ratan Tata, himself known for his compassion for stray dogs, took note. Impressed, he not only decided to invest in the venture, but over the years became a mentor, boss and an unexpectedly dear friend to Shantanu.

I Came Upon a Lighthouse is an honest, light-hearted telling of this uncommon bond between a millennial and an octogenarian that gives glimpses of a beloved Indian icon in a warm light.

Video of Shantanu with Ratan Tata

In the year 2014, a young guy named Shantanu Naidu joined Tata Elxsi, Mumbai, as an automobile design engineer. One day he saw a dog that had died on the road due to a road accident. The entire place was filled with blood. Shantanu couldn’t bear seeing that gruesome situation happen again. He started to take an initiative to protect them from accidents. He along with his friends created dog collars known as glow-in-the-dark collars. This helps drivers to detect dogs from far away and thus the accidents can be prevented.

A lot of people were asking him for the glow-in-the-dark collars, which required a lot of money. As he didn’t have adequate money, he told his father he would be quitting the initiative. Upon hearing this, his father told him to write a letter to Mr. Ratan Tata and ask him if he could provide some help. He wrote a letter to Mr.Ratan Tata without any hopes or expectations. But it doesn’t end here. A few days later, Mr.Ratan Tata invited him for a meeting. Mr. Naidu said that Mr. Ratan Tata was deeply touched by his work and he also went to his place to see the dogs and saw how great Mr. Ratan Tata’s concern is for them. That’s how their friendship began.

Mr. Ratan Tata agreed to fund him and that is how a social initiative called #Motopaws began. In the midst of the initiative and soon after their friendship took off, Mr. Naidu had to leave India for university in the USA. But the connection between the two strengthened. Mr. Naidu ended up in the same university, Cornell University, where Mr. Ratan Tata had studied. He was sad that he had to leave Mr. Tata but as he got into the same university he took it as a happy coincidence and went ahead. One day he casually informed Mr. Ratan Tata about his graduation day; cut to the actual day and there he was. Mr. Naidu was so shocked and couldn’t believe what had happened. Ratan Tata to travel all the way to the U.S. for his Graduation Day.

Upon returning to India, Mr. Tata called him again and said that he has a lot of work to be done at his office and asked him to be his assistant. Mr. Naidu couldn’t believe what had happened; he took a long breath and answered “Yes”.