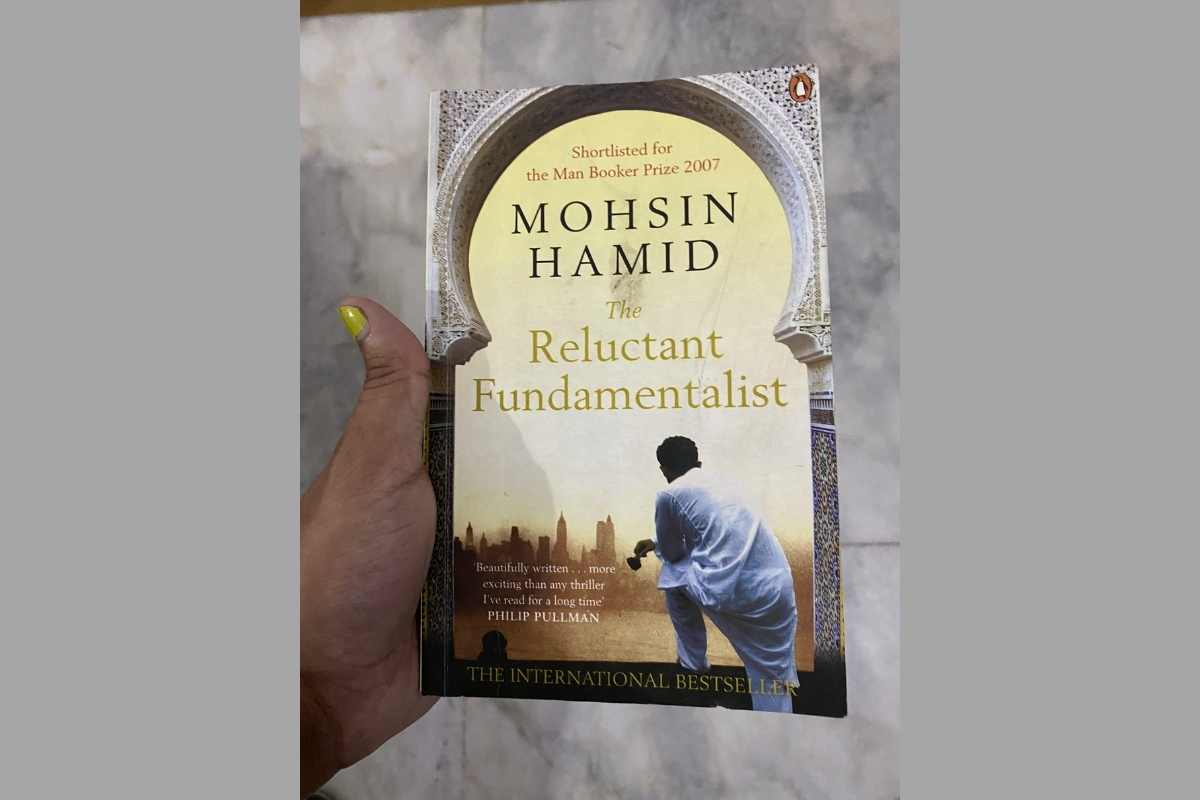 Mohsin Hamid should be read by everyone. He presents a very unique sub-continental perspective in his book through his Pakistani gaze. That Pakistani gaze does wonders in this particular book. The purpose of the title of the book is never explicitly told, but rather left to the reader to comprehend.

A Pakistani man–Changez– a graduate from the prestigious Princeton University,  while living in New York and pursuing his American dream, starts working for a reputed financial consultancy. While working for the consultancy, his life flips/alters after the infamous 9/11. Changez describes his reaction to the incident as, “I stared as one — and then the other — of the twin towers of New York’s World Trade Center collapsed. And then I smiled. Yes, despicable as it may sound, my initial reaction was to be remarkably pleased.”

Changez meets an American in a cafe in Lahore and suggests hosting him in Lahore, a few years after 9/11. And, that becomes the beginning of the book. As the author also mentions, the narrative style of the book is borrowed from Albert Camus ‘The Fall’, which co-incidentally I had read a while ago. It is a first-person account, like a long monologue, of the apparent disillusionment of Changez from the American dream. The identity of the American is not certain, though the author drops the reader some hints to weave a suitable context for the American.

The consistent outsider’s gaze to the American – –western society– culture lets Changez strive for more. Hence, he sees himself as more American, in the blend of Pakistani-American. Though, this perspective changes post 9/11, where the concerns back home make him acknowledge the realities of his identity. Although, central to the character of Changez is his love affair with a bold, and rich Erica. Their love, with all the positive intentions, goes nowhere. Erica is still scarred from her previous relationship, and thinks she isn’t capable of loving anyone.

I think the remarkability of the book lies in the subtlety of its arguments, and the natural flow of the narrative. The literal merits lie in the fact that the book leaves you with much more than it explicitly tells you. The book was published in 2007, and we have read enough books or have seen enough movies which trace the negative impact of 9/11 on Muslims in western countries, and the US in particular. Even with that as context, this book emerges as a unique voice.

PS: Interestingly, as mentioned in the beginning, a Pakistani gaze on political conflicts feels refreshing to me as a reader in India. An understanding of what could have transpired in a regular household in Pakistan with threats of attacks from both sides of the border i.e. Afghanistan and India. The constant anxiety and struggle to have information about the family’s whereabouts in the state of impending war generally overshadows rationality and clear-thinking. Furthermore, your primary identity becomes the basis of your existence or survival.