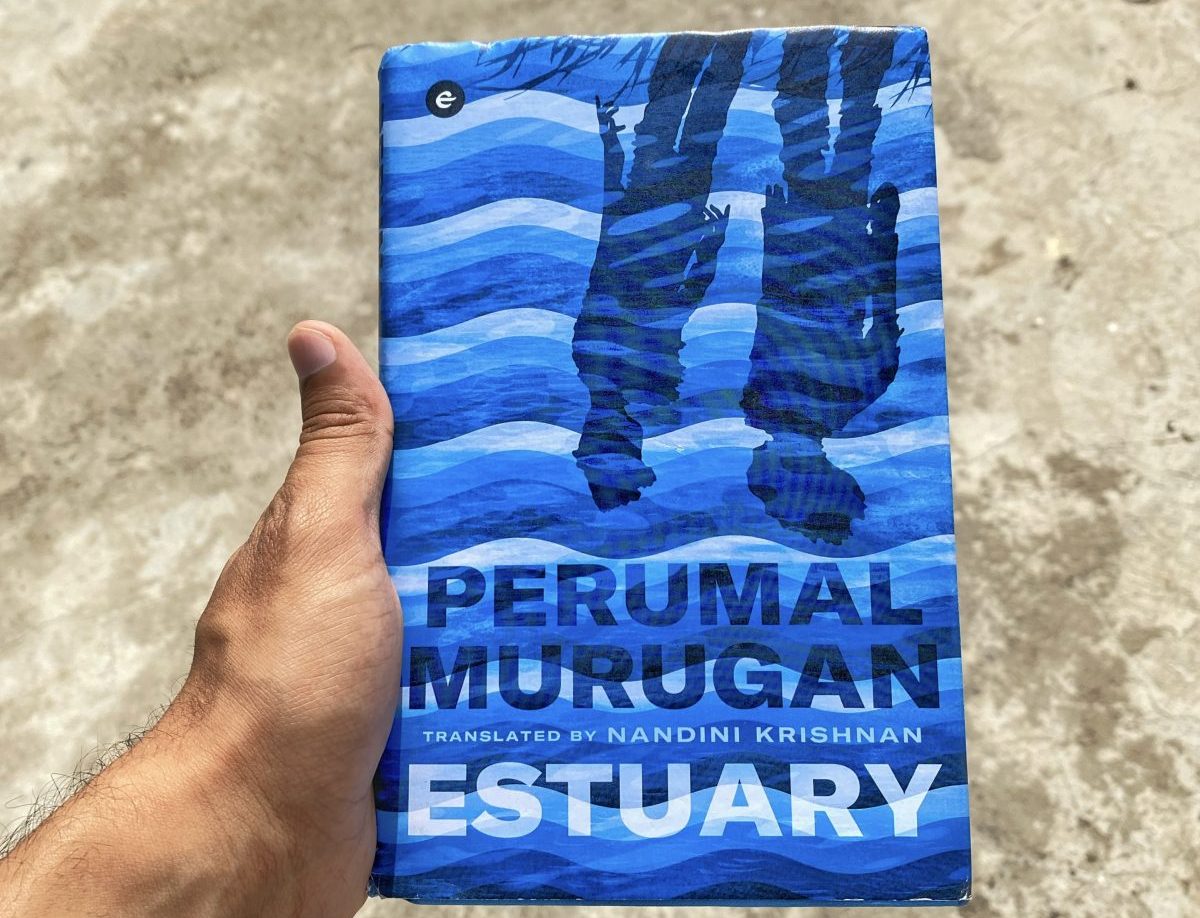 Just after I was done reading ‘One Part Woman’– another novel by Perumal Murugan– I couldn’t shut up about it. Without wasting a minute, I searched the author’s name: Perumal Murugan. One of the articles about the author quoted Murugan, “Perumal Murugan the writer is dead…An ordinary teacher, he will live as P Murugan. Leave him alone.” In 2015, he had taken exile from writing after the controversy around ‘One part woman, and the book’s commentary on certain Hindu religious practices. Though in 2016, the Madras High Court dismissed the case against his book, Murugan said, ‘a censor is seated inside me now’.

Cut to 2020, ‘Estuary’ was published in Tamil and later translated into English. In the preface, the author lays out a foreground for the book. He says this book is more fictional than any of his previous works. In addition, the book is set in the urban city of Asuralokam, and he (the author) will not describe the place and leave it to the readers to imagine their own surroundings, which in my case was the modern monstrosity of the hustling city life.

Kumarasurar, an obedient government servant, is grappling to understand the needs of his only son. The constant anxiety of parenthood, and consistent need to, challenge his understandings, to comprehend the complexities of his son’s needs form the basis of the novel. Through Kumarasuarar, the reader views this ‘rotten’ world’s ruthless, and dynamic nature. Kumarasuarar has lived his life in compliance with his government job, as most government jobs demand unquestioning obedience. When the world demands a shift to a more technologically driven future, Kumarasuarar’s mid-life crisis aggravates the change into an apocalyptic disaster.

Beyond this, the book subtly becomes a commentary on the educational institutions of our times, both schools, and colleges. Amidst the discourse on how the educational institutions should be, the description of colleges, and schools in the book makes the reader uncomfortable, and at times terrified. The constant policing on what to say or what to wear, unwarranted emphasis on classroom learning, custom-made canes for the students or robots as marshall to ‘guide’ students into discipline and more, is the reality of well-reputed institutions in the fictitious world created by the author.

The circumstances and situations in the book are very relatable which sometimes makes it a dull read. As the situations are relatable, the author doesn’t describe the physicality of the ‘asuras’. Hence, in each situation, you can easily imagine one of the relatives or your neighbours to be the individual to become that ‘asuras’ [“super-sized” human beings]. The writing is simple, and the translation is on point, which keeps the reader engaged, if not engrossed. The characters in Perumal Murugan’s novel are strong, particularly female characters and this novel is no exception. There are moments in the book where the metaphors and allegory of urban life with asuras or hustle culture becomes overwhelming and sometimes, outrightly annoying.

But, why the name ‘Estuary’?