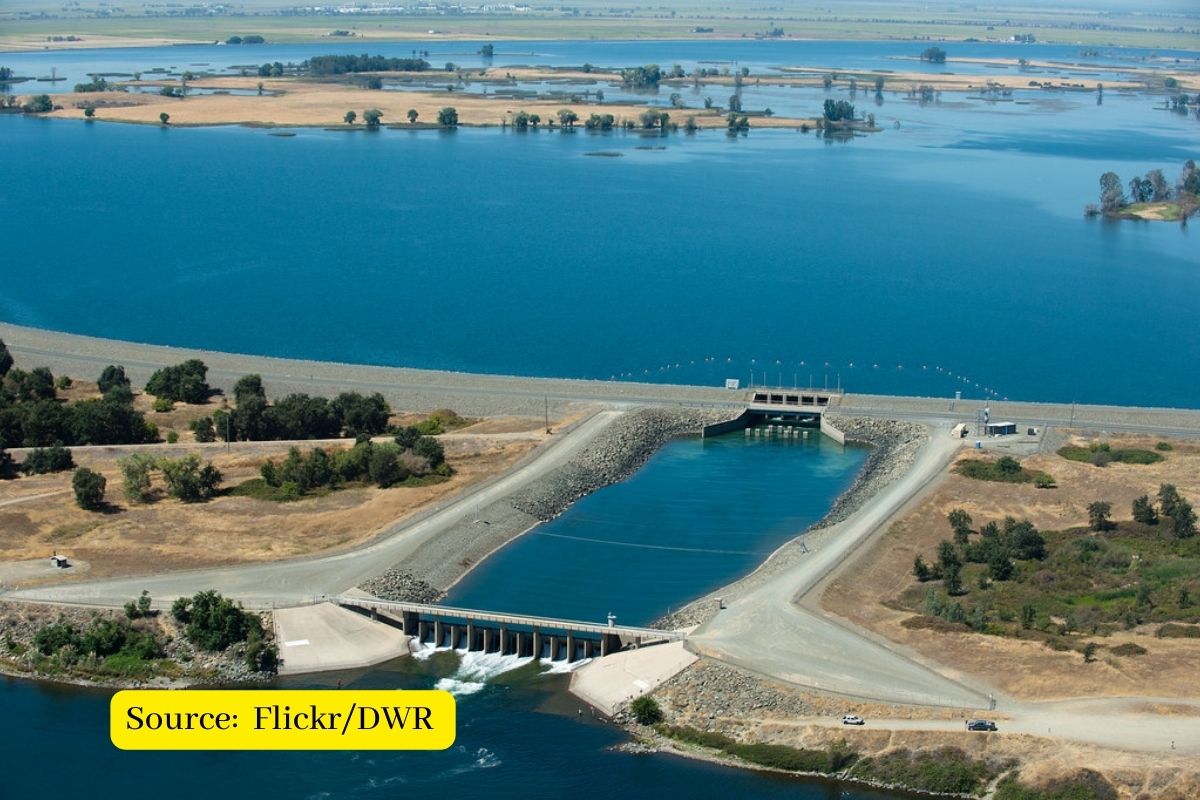 California is a land of expansion and contraction. Nowhere is that more clear than in its rivers: a month ago they were suffering from drought and now, suddenly, they are overwhelmed by the fearsome storms that hit the state.

Rainfall in the region can benefit families’ pockets since barrels can be used to accumulate rainwater and, in this way, avoid the consumption of hundreds of gallons through the traditional supply at home. For the collection process to be efficient and safe, it is essential to install it properly.

“There is no perfect weather in California,” says Jeffrey Mount, a senior fellow at the California Public Policy Institute’s Center for Water Policy. “Either the weather is incredibly wet or incredibly dry.”

The case of California exemplifies a central climate problem in the West: communities do not receive rainfall when they need it most.

And much of the infrastructure intended to help alleviate California’s too-wet or too-dry cycles—its extensive system of reservoirs—was designed long before climate change was recognized as capable of intensifying droughts and storms.

Now, communities balance priorities. They are desperate to store as much water as possible in reservoirs for the hotter, drier summers, but some have had to release some of their recent rainwater to control flooding, which could be fueled by a warmer atmosphere.

The Department of Water Resources (DWR) is partnering with the State Water Resources Control Board to accelerate efforts to capture flood water to recharge groundwater basins.

Researchers from across the West are investigating and implementing groundwater recharge projects, or human-made interventions intended to help aquifers replenish.

“The general concept is that you have enough water on the surface. You’d like to put it in the ground,” explained Andrew Fisher, a professor of Earth and planetary sciences at the University of California, Santa Cruz.

Governor Newsom‘s “California Water Supply Strategy, Adapting to a Hotter and Drier Future” calls on DWR and the State Water Board to work with local agencies to significantly expand the state’s ability to capture stormwater winter seasons and adapt to more extreme weather patterns caused by climate change.

“Now is the time to store this water as this series of storms progresses. Roseville is doing its part to build a reliable water system for customers and the Sacramento region,” said water expert Jim Peifer of the Regional Water Authority.

Put water on the ground

There is another option, and that is to put it in the ground, where it could help replenish groundwater supplies.

Managed recharge has been used for decades in many areas to actively replenish groundwater supplies. But the techniques have been gaining more attention of late as wells run dry amid the prolonged drought. Local agencies have proposed more than 340 recharge projects in California, and the state estimates they could recharge an additional average of 500,000 acre-feet of water per year if they were all built.

One method being discussed by the state Department of Water Resources and others is Flood-MAR, or flood-managed aquifer recharge. During large river flows, water managers could potentially divert some of that flow into large parts of the landscape and flood thousands of acres to recharge the aquifers below. The concept is to flood the land in winter and then farm in summer.

The combined stress of the mega-drought and the urgency of the gigantic rainstorms “puts an exclamation point on the need to be creative in finding ways to get some of this water out that is coming at us with speed and fury,” said Thomas Harter, professor of land, air and water resources at the University of California Davis.

Human-caused warming has increased the risk and severity of drought, leading to water scarcity, increased risk of wildfires and low water flows that endanger wildlife, according to research published in the Proceedings of the National Academy of Sciences.

A warmer atmosphere also allows atmospheric river storms, which are responsible for up to 50% of precipitation in some parts of California, to carry more water.

“They get bigger, which helps them, when they cross a spot, to last longer,” explains Marty Ralph, director of the Center for Western Weather and Extremes at the Scripps Institution of Oceanography, whose research suggests that the vast majority of flooding in western states are due to those storm cycles and that climate change will increase the severity of flood damage.

How California could bank more water?

Simply building more dams and reservoirs would increase the state’s capacity to store and deliver water, but groundwater accumulation is an innovative strategy that offers the added benefits of less surface disturbance, reduced losses attributable to evaporation, and a lower carbon footprint.

The state is exploring a number of possible solutions. Most dam operators must follow rules developed when many of those dams were built in the 1950s, 1960s, and 1970s, and when the weather forecast was poor.

“Almost all reservoirs don’t allow the use of forecasts,” said Jeanine Jones, drought manager for the state Department of Water Resources.

A new approach, called Forecast-Based Reservoir Operations, allows dam operators to use weather tools to help determine how much water they save or release.

In a pilot project implemented on Lake Mendocino, the strategy has allowed dam operators to save up to 20% more water as spring approaches, said Don Seymour, deputy chief engineer for the County of Water Agency.

The construction of new reservoirs is not a practical measure. “We’ve built warehouses in all the good places,” Mount said. “The economic cost of reservoirs is extremely high.”

Meanwhile, urban areas, including Los Angeles County, are looking at new stormwater collection projects. In 2018, voters approved about $300 million in new taxes for projects like capturing stormwater and recharging groundwater.