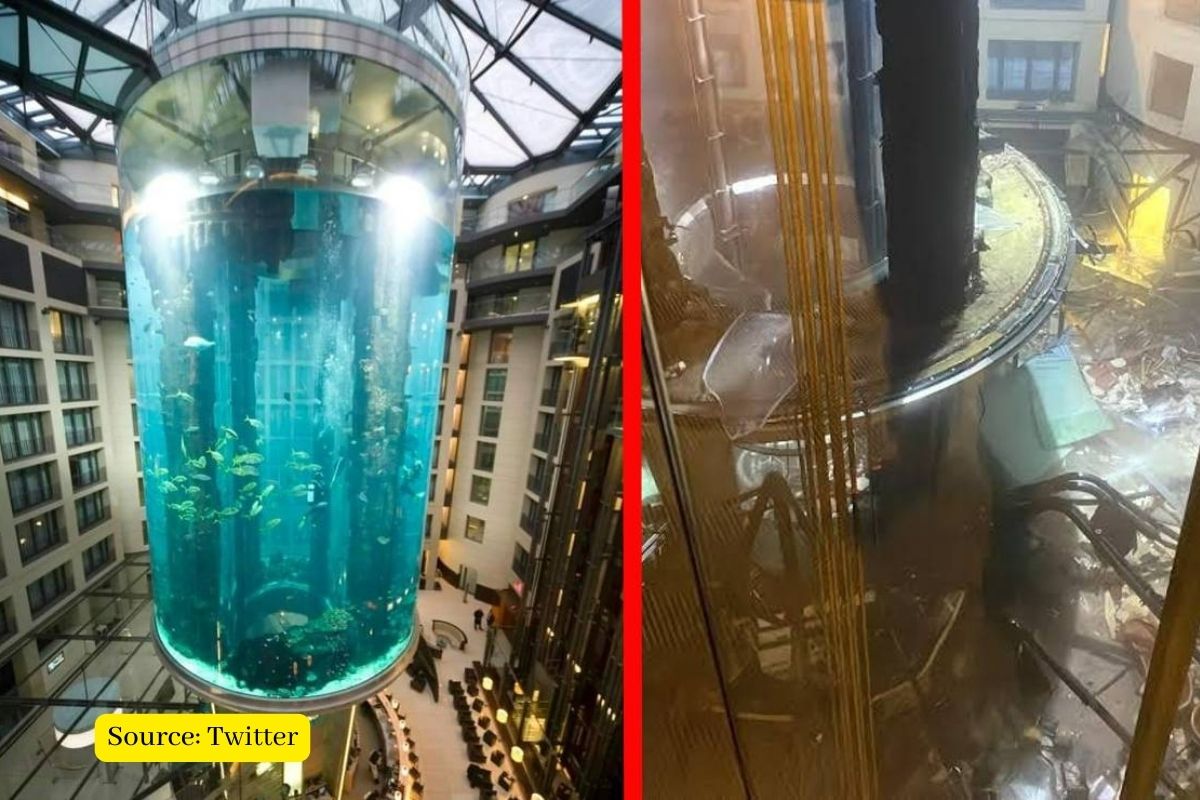 The AquaDom, the largest cylindrical aquarium in the world and located in the Radisson Collection hotel in Berlin, burst this morning apparently due to deterioration of the material and spilt a million litres of water inside, in addition to 1,500 tropical fish.

The alarm was unleashed around 5.45 in the morning (4:45 GMT), when a very loud noise was heard, similar to an explosion, according to the regional radio television channel RBB, coming from the aquarium, in the form of a column along six hotel floors.

Shortly after, its structure burst and the interior doors and windows of the establishment also blew up, while around a hundred members of the fire brigade arrived at the hotel, plus another hundred police officers, and proceeded to evacuate its nearly 300 guests.

“The water from this aquarium has almost completely leaked, both inside the building and towards Karl Liebknecht Street,” a spokesman for the fire department told the regional network.

The company that owns the AquaDom, Union Investment Real Estate, said in a statement Friday afternoon that the reasons for the incident “were not yet clear.”

In the same way, the police and firefighters assure that the cause is still not clear, although there is talk of possible material fatigue. “Of course, the investigation into the cause has not yet been concluded, but the first indications point to material fatigue,” they explained to the DPA agency.

The aquarium was last renovated in 2020, according to the DomAquaree resort’s website. During the improvement works, all the water in the tank was drained and the fish were transferred to aquariums in the basement of the building, where there is a breeding care center for the fish.

The aquarium is one of the main tourist magnets in Berlin. The 10-minute elevator ride through the tropical tank was one of the highlights of the attraction.

Largest cylindrical tank in the world

The 25-meter-tall AquaDom was described as the world’s largest cylindrical tank and was home to more than a thousand tropical fish before the incident. Among the 80 types of fish it housed were blue tang and clown fish, two colorful species known from the popular animated film “Finding Nemo.”

“Unfortunately, none of the 1,500 fish could be saved,” Giffey said.