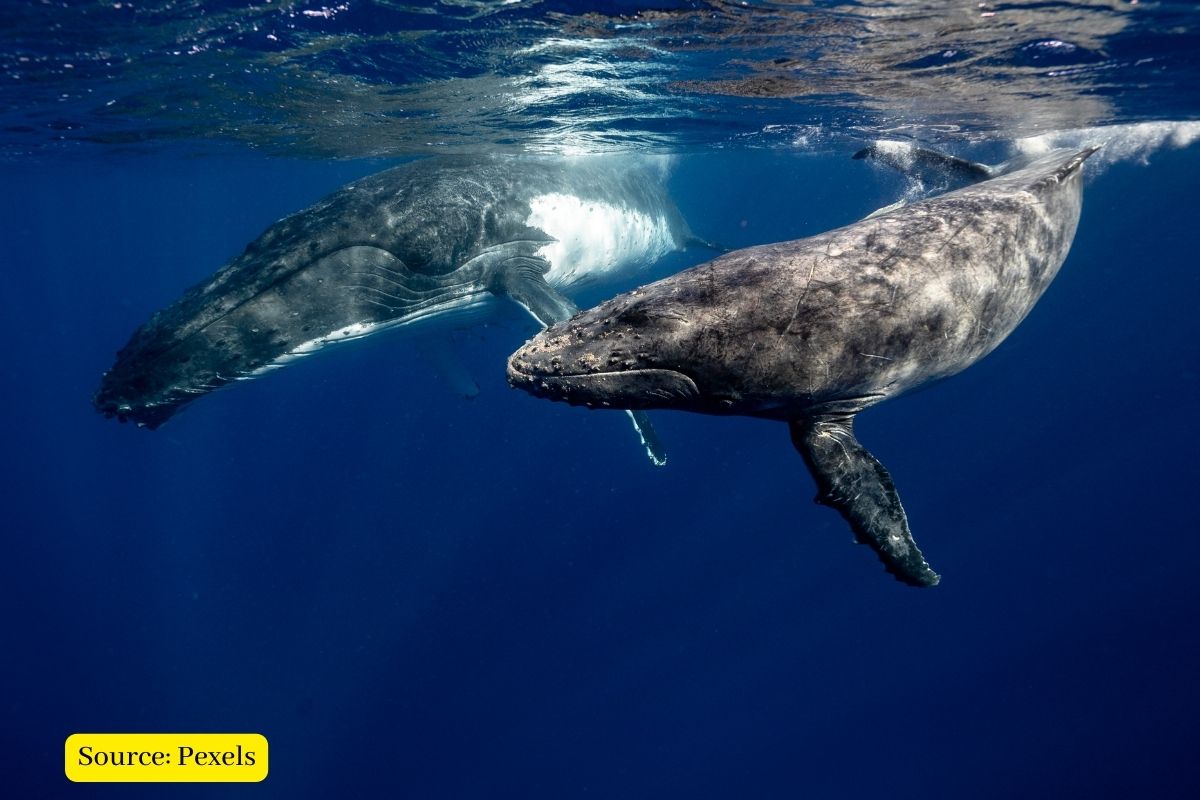 Most natural solutions against climate change are based on preserving ecosystems and biodiversity (such as restoring forests or wetlands) but, according to a study, whales could play an important role in global warming.

The study, published this Friday in Trends in Ecology and Evolution, analyzes how these marine giants influence carbon levels in the air and water and how, without being aware of it, they potentially contribute to the global reduction of carbon dioxide (CO2) atmospheric.

“Understanding the role of whales in the carbon cycle is a dynamic and emerging field that can benefit both marine conservation and climate change strategies, although this requires collaboration between marine ecologists, oceanographers, biogeochemists, modellers of the carbon cycle of carbon and economists”, says the study.

Whales, which can weigh up to 28 tons and be the size of large aeroplanes, are living beings whose biomass is largely made up of carbon.

For this reason, according to the authors, whales may be the largest reservoir of living carbon in the pelagic ocean, the part of the marine system responsible for storing a quarter of the carbon on Earth.

“Their size and longevity allow them to exert a strong effect on the carbon cycle, as they store carbon more efficiently than small animals, ingest extreme amounts of prey, and produce large volumes of waste products,” explains Heidi Pearson, a biologist from the University of Alaska Southeast and the leader of the study.

Whales consume up to 4% of their enormous body weight daily in krill and plankton, which in the case of the blue whale amounts to almost 2,000 kilos.

When they digest food, their nutrient-rich droppings help krill and plankton thrive, which helps increase photosynthesis and carbon storage in the atmosphere.

In addition, a blue whale can live up to 90 years and when it dies and its body falls to the seabed, the carbon it contains moves to the depths as it decomposes, the study explains.

This complements the biological carbon pump, in which nutrients and chemicals are exchanged between the ocean and the atmosphere through complex biogeochemical pathways.

However, commercial whaling has reduced whale populations by 81%, and this may have had as yet unknown effects on the biological carbon pump, the study warns.

Not a perfect solution

If whale numbers are encouraged to increase, their carbon sequestration effect may be amplified. “We believe that whales are worth conserving for many reasons. They are important components of healthy ecosystems and help foster biodiversity, as we are also in a biodiversity crisis,” Heidi Pearson, study author and biologist at the University of Alaska Southeast said.

“This potential climate benefit is just another reason,” she added. “Another important issue is climate change. It’s like coming full circle,” she said.

Pearson cautioned, however, that he doesn’t think it should be considered a viable solution to the climate crisis on its own.

Proponents of nature-based solutions suggest that by restoring biodiversity, for example by planting trees and encouraging reforestation, a substantial amount of excess carbon in the atmosphere could be sequestered in living organisms.

Estimates suggest that nature-based solutions can provide 37% of the 2030 climate change mitigation needed to meet the goal of keeping global warming below 2 degrees Celsius, according to the World Bank.