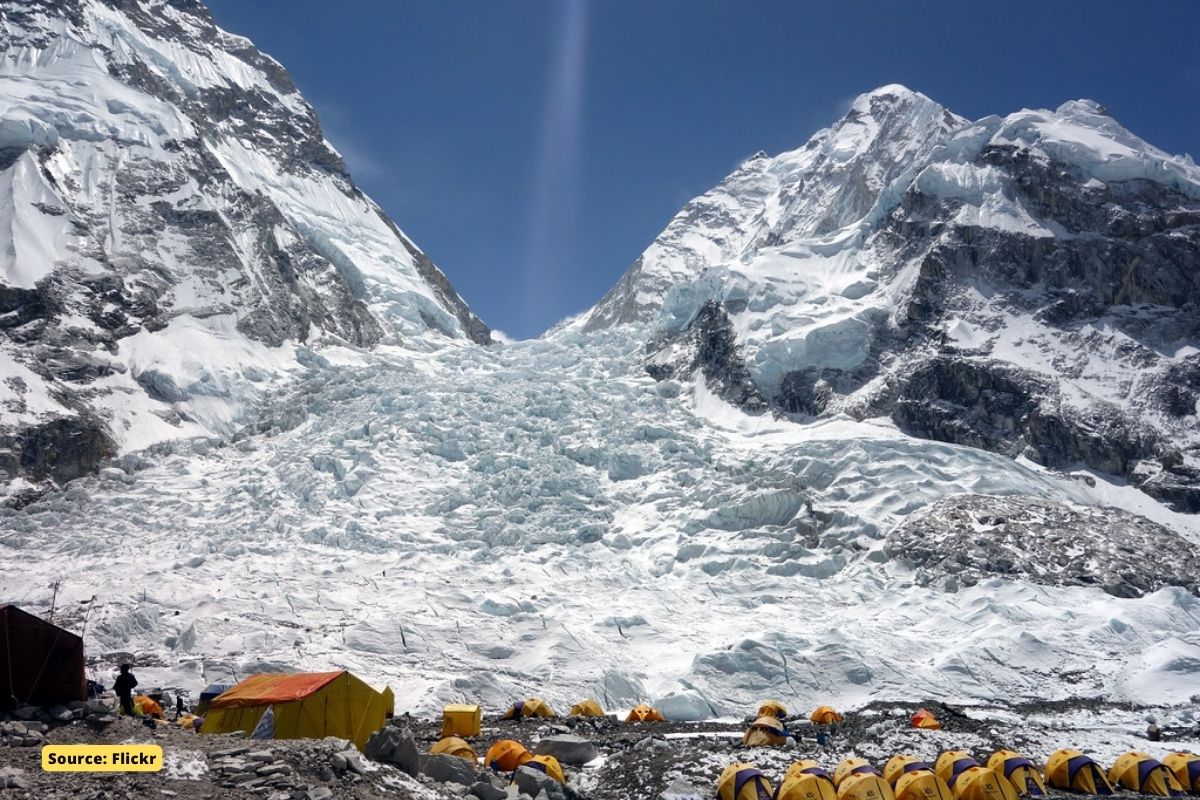 Nepal is preparing to relocate its Everest base camp as global warming and human activities have made it dangerous. The camp, which is used by up to 1,500 people during the spring climbing season, is located on the Khumbu Glacier, which is rapidly losing ice.

The new site is at a lower altitude, where there is no ice all year round, a Nepalese official said.

Researchers say the meltwater is destabilizing the glacier, and climbers say cracks appear in the base camp as they sleep. “We are currently preparing to relocate and will soon consult with all stakeholders,” said Taranath Adhikari, director general of Nepal’s tourism department said.

In 2021, the Nepal government reportedly issued 408 climbs to Everest, but the camp itself is used by thousands of people who descend to the bottom of the mountain.

The base camp is currently located at an altitude of 5,400 meters above the snow line of the mountain, but it is planned that it will move 400 meters below, to a place where there is no year-round ice.

“It’s mostly about adapting to the changes we see in base camp, and it’s become important for the sustainability of the mountaineering business itself.”

The rapid melting of the ice cap in the Himalayas as a result of the climate crisis is destabilizing the glacier at base camp, as confirmed by climbers who said they cracked while sleeping.

Perhaps the world’s most famous camp, Everest Base Camp is now about 50 meters lower than it was in 1953 when Tenzing Norgay and Edmund Hillary climbed the world’s highest mountain.

According to climbers who visit this place, pools of water were seen on the rocks of such a height as the South Saddle – a mountain pass – at an altitude of 8000 meters.

Also Read:  Why is India at the bottom of environmental performance index?

According to a study by the University of Leeds in 2018, the ice in the base camp is thinning at a rate of 1 meter per year.

The crisis was accelerated by the melting of ice, which forms a stream that flows in the middle of the camp during the day, although it freezes at night.

Officials who are aware of the camp’s growing vulnerability say the ice flow is growing every year and the flow is moving at an alarming rate, according to a local Nepali Times report.

It does not help that the popularity of the base camp attracts more and more climbers every year, except for the calm created by the Covid pandemic.

In 2018, a study conducted by the University of Leeds found that the ice temperature inside Khumbu, the world’s tallest glacier, was higher than expected and particularly vulnerable to future climate change.

Human waste and rubbish left on the mountain have also long been a concern, as climbers leave empty oxygen cylinders, food packaging and used ropes.