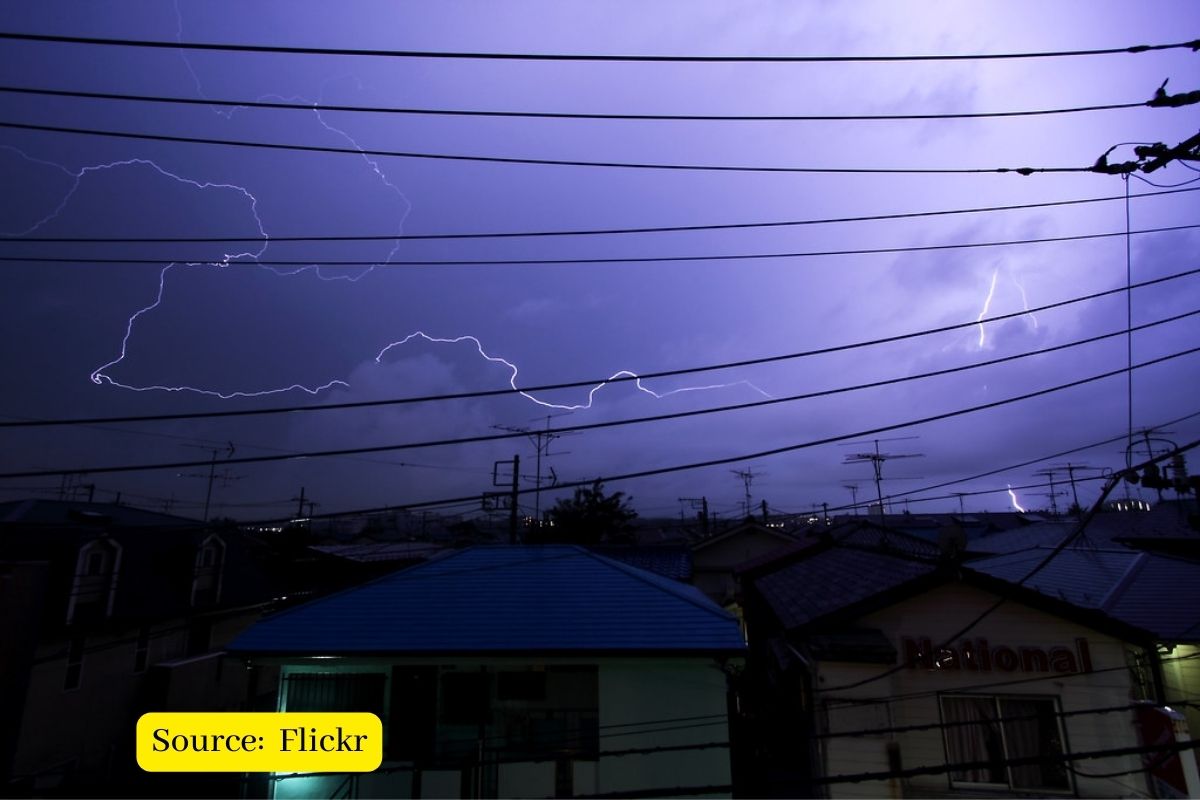 Everyone has seen lightning and marvelled at its power. But despite their frequency – some 8.6 million occur worldwide every day – why they move in a series of jumps and pauses from the storm cloud to the ground remains a mystery.

In the study, a study published in December 2022 in the Journal of Physics D: Applied Physics, Expert John Lowke, the author of an investigation on the matter, has found an answer to a mystery for 50 years, why lightning zigzags and how it connects with the thundercloud above.

Dr Lowke, a plasma physicist at the University of South Australia, “There are a few textbooks on lightning, but none have explained how the zig-zags form, why the electrically conductive column connecting the steps to the cloud remains dark and how the rays can travel kilometres”, he says.

“After colliding with the molecules, the ‘detached’ electrons form a highly conductive step (initially luminous) that redistributes the electric field, causing successive steps,” he adds.

Thus, “the conducting column connecting the step to the cloud remains dark when electrons stick to neutral oxygen molecules, followed by an immediate detachment of electrons by delta singlet molecules.”

The study is important because it allows us to know how lightning works to protect us, especially buildings since lightning strikes a person is unlikely.

“We need to understand how lightning strikes so we can figure out how to better protect buildings, planes, skyscrapers, valuable churches, and people,” says the doctor, as storms are becoming more frequent and out of the traditional season.

“The solution to protecting structures from lightning strikes has been the same for hundreds of years. A lightning rod invented by Benjamin Franklin in 1752 is basically a thick fence wire that is attached to the top of a building and connected to the ground. It is designed to attract lightning and ground the electrical charge, preventing the building from being damaged, ”he details in his study.

Also Read:  1 in 10 species could go extinct by end of century

How are rays formed?

As Lowke explains, lightning occurs when storm clouds with an electrical potential of millions of volts connect to the ground. “A current of thousands of amperes flows between the ground and the sky, with a temperature of tens of thousands of degrees,” the physicist details.

According to the researcher, lightning photographs have revealed a multitude of details that cannot be seen by the naked eye. In these types of events, there are usually four or five weak “leaders” coming out of the cloud. These are branched and zigzag in an irregular path towards the earth.

Protection of people and property

Understanding how lightning is formed is important in designing the protection of buildings, aircraft and also people. While it is rare for lightning to strike an individual, buildings are struck many times, especially tall and isolated ones.