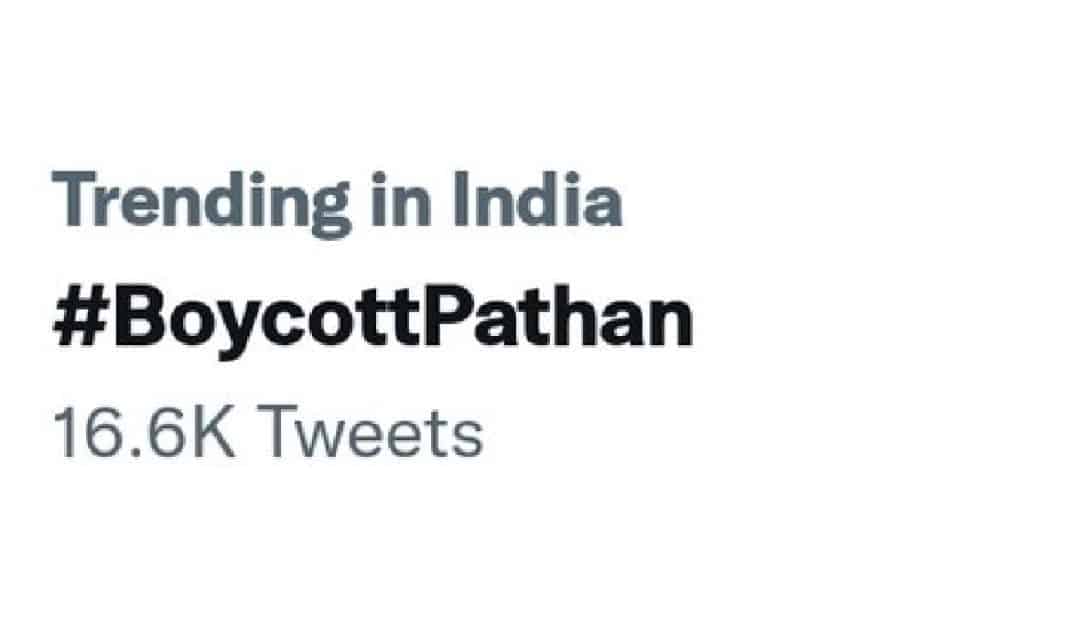 Ground Report | New Delhi: Why Boycott Pathan is trending; Not a single day goes by without Twitter bees keeping up their demand to boycott or eradicate someone on the front lines. #BoycottPathan is now trending on Twitter with netizens demanding Bollywood boycott King Khan.

Certain enthusiastic Twitter users have been trending #BoycottPathan on the microblogging site, and have been asking everyone to skip the movie as a form of service to the nation(?). Some could even be seen begging people to watch The Kashmir Files instead of Pathaan, even though the latter is scheduled to release in 2023.

While the #BoycottPathaan trend may have spawned SRK’s detractors, its fans came to the rescue, attempting to hijack the hashtag instead.

The fan also tweeted the following: “#BoycottPathan It cell of bjp just spread hate with propaganda but galt aadmi se panga le rhe ho he is proud of India.”

Why Boycott Pathan is trending

Another user tweeted, Sickular has gone mad. Bollywood mafia trying all that you don’t watch, make sure you do with family, share what has happened and what can happen if hindu don’t unite now. #TheKashmirFiles #VivekRanjanAgnihotri #KashmirFiles #HinduEcosystem