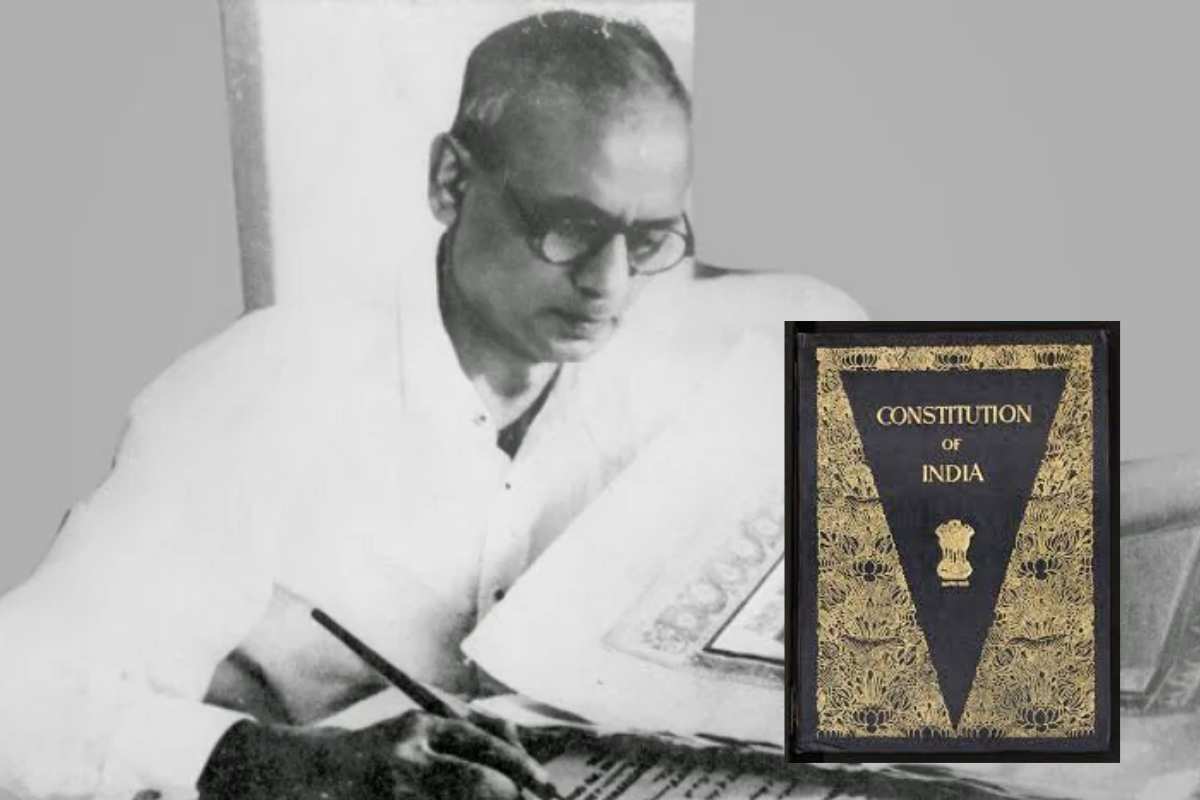 In fact, Principal Jitendra Mishra saying that Prem Bihari Narayan wrote the constitution is absolutely correct. He had written the original manuscript of the constitution with his own hand.

But this statement of his is just like saying that Mahabharata was written by Ganesha, not Ved Vyas.

Baba Saheb Bhim Rao Ambedkar was the original architect of the Constitution. He was the chairman of the drafting committee of the Constituent Assembly, which is why he is called the creator of the constitution. Prem Bihari only scripted it.

This work took him 6 months and a total of 432 nibs were worn out. Our constitution is not only written by hand, but the painters of Santiniketan decorated every page from its cover with their beautiful art.

Who was Prem Bihari Narayan Raizada?

The country’s first Prime Minister Jawaharlal Nehru himself had requested Prem Bihari to write the constitution, he was a very good calligraphy artist. Prem Bihari had said that ‘he would not charge any fee for this work and would do this work only when his name would be written on every page of the constitution and my grandfather’s name would be written on the last page.’

It took a total of 6 months to write the Indian Constitution. Its original copy weighs 12 kg. There are 233 pages in this manuscript. Its cover is of black leather on which gold work has been done. Its paper was ordered from Birmingham. The constitution of our country is the largest written constitution in the world.