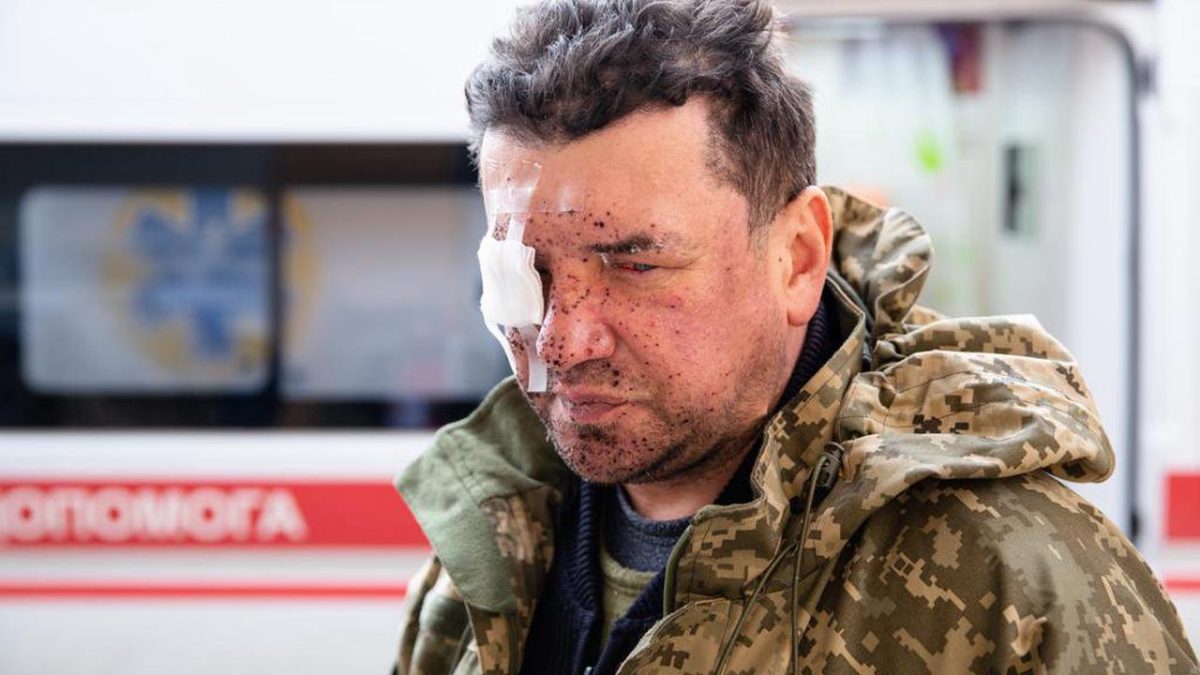 Ground Report | New Delhi: Who is Lt Col Viktor Pysanko; The Russian army is firing at residential areas with banned weapons, Grads and howitzers. During the evacuation, the civilian population stumbles upon mines and Russian tanks, the mayor said.

“What’s the difference between us and the Russians if we don’t treat them?” But his decision to win the war was ruthless.

In the meantime, a green army ambulance with a shrapnel wounded soldier drove up to the gate with a squeal. The bandage on his arm oozed blood despite the tourniquet being pulled tight. He could walk, but winced in agony.

Soldiers at the front have only paracetamol and ibuprofen to dull the pain of horrific wounds. Unlike British soldiers, they don’t have morphine pens or fentanyl lozenges.

Moments later, a man in his twenties was undressed and taken to the operating room. His T-shirt featured the national emblem and the battle cry of the Ukrainian resistance: “Russian warship, f you.”