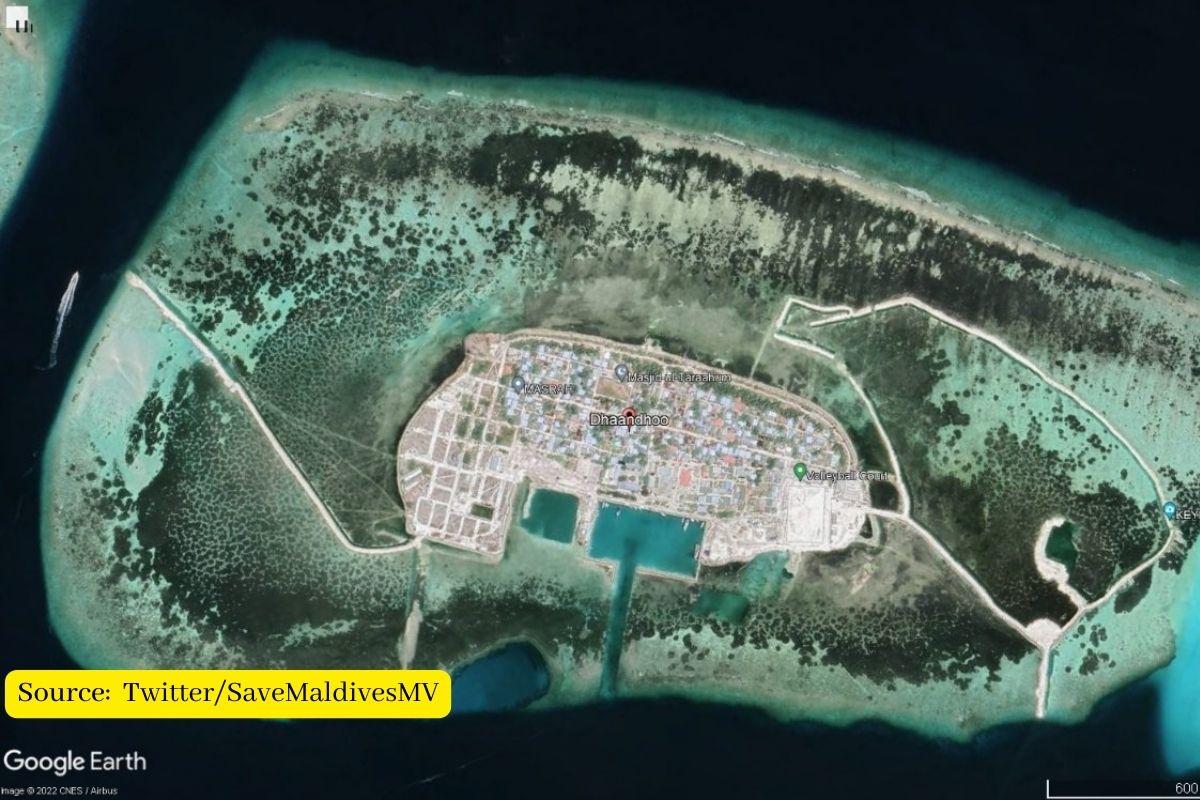 The younger generation is worried that by the time they can visit the Maldives, this fascinating country of 1,196 low-lying islands could be submerged underwater. The Maldives is being swallowed by the sea and it has troubled the nation for various reasons, one of which is the damage to the tourism industry.

Now, to deal with the terrifying situation, the Maldives is announcing a controversial project to reclaim land threatened by rising sea levels.

The low-lying island nation, one of the world’s most vulnerable to climate change, has commissioned a major coastal protection and land reclamation plan using sand dredged from a lagoon, despite concerns about the impact on this reserve of the Unesco biosphere.

Land reclamation involves pumping sand (in the Maldives into the lagoon, but it can be anywhere) and reinjecting tons over existing reefs through giant pipes to create a sandy land surface.

Most of the country’s 1,200 islands are threatened by rising sea levels and slow wave erosion. Building to ensure safety has taken root as a survival tactic in one of the places most vulnerable to climate change.

The first phase of the Hulhumalé land reclamation, consisting of 188 hectares, began in 1997 and was completed in 2002.

Two years later, the island celebrated the arrival of its first 1,000 inhabitants. Additional reclamation of 244 hectares of land was completed in 2015, and by the end of 2019, more than 50,000 people were already living there.

But the ambitions for Hulhumalé are much higher and it is eventually projected to house up to 240,000 people by the mid-2020s.

Does this really help the environment?

Given all of this, a question arises: isn’t just building an artificial island harmful to the environment, especially in a place famous for its coral reefs and pristine white sand coastlines?

When Belgian company Dredging International completed the 244-hectare expansion of the island in 2015, the operation required extracting around six million cubic meters of sand from the surrounding seabed for transport to Hulhumale.

“Land reclamation work is particularly problematic,” says Dr Holly East, from Northumbria University’s Department of Geography and Environmental Sciences, an expert on coral reef islands and a researcher on the Maldives case.

“Not only can it destroy coral reefs, but it also creates large plumes of sediment that travel to other reef platforms. Sediment suffocates corals and blocks sunlight, affecting their ability to feed, grow, and reproduce”, She points to her.

Environmentalists called to stop the project after an environmental impact assessment found it could bury 52 acres of coral and 297 acres of seagrass around Addu Atoll, a UNESCO reserve.

Another problem with recovery is that by pumping sand over the reefs, the surrounding corals are also gradually covered and die. This is in addition to the pressure they are already experiencing from the warmer waters causing them to blanch and sometimes die.

Last year, more than 60 per cent of the corals in this region suffered bleaching from the El Niño weather phenomenon, and it can take a decade to recover.

With more than 80 per cent of its 1,190 coral islands below 1 meter above sea level, the Maldives has the lowest terrain of any country in the world. This makes the Indian Ocean archipelago particularly vulnerable to sea level rise.

With the global sea level rising by 3 to 4 millimetres per year, and that rate is expected to increase in the coming decades, some analysts anticipate a bleak future for the Maldives and other low-lying islands.

One study concluded that the low-lying islands could become uninhabitable by 2050 as wave-triggered flooding becomes more common and fresh water becomes limited.