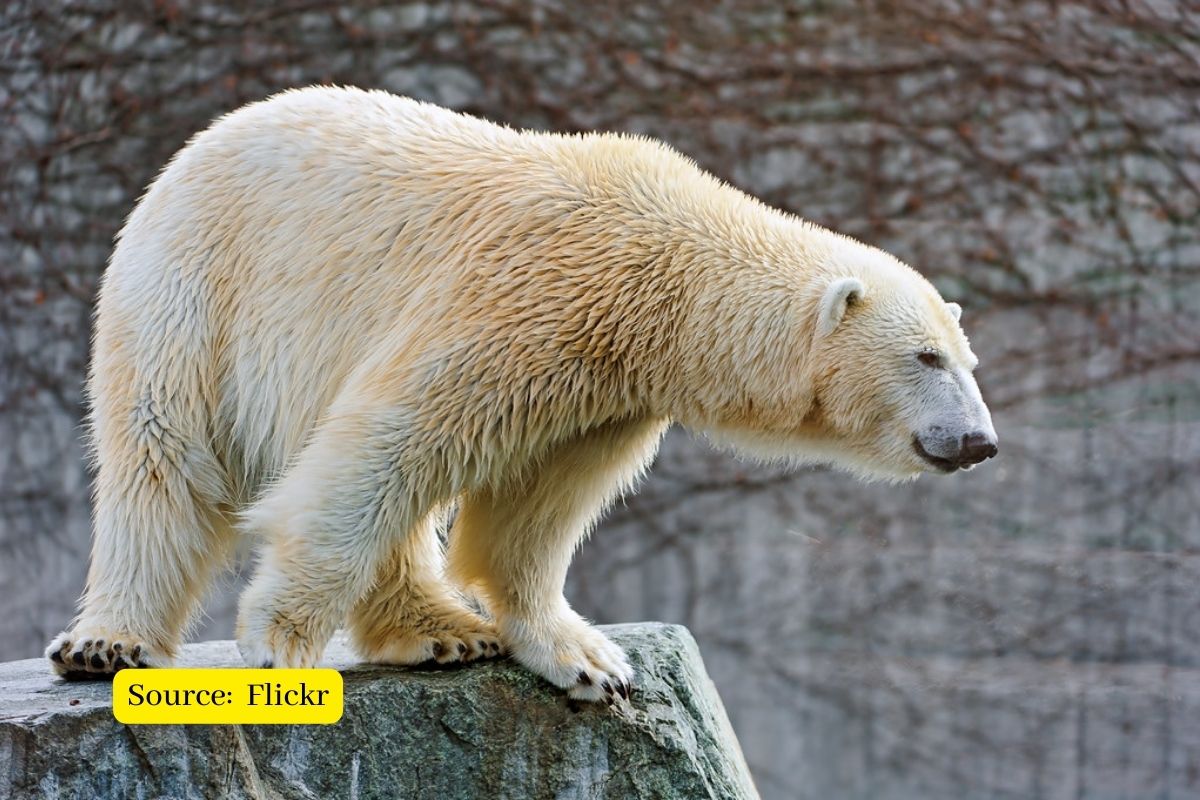 Surely many have seen the images of polar bears stranded on the sea ice. These images are frequently used to show how climate change is affecting polar bears and as time goes by the effect will surely be greater. Polar bears west of Canada’s Hudson Bay, in the southern tip of the Arctic, continue to die in large numbers, according to a new government study of the terrestrial carnivore.

The researchers surveyed the western Hudson Bay region by air in 2021 and estimated there were 618 bears, up from 842 in 2016, when the population was last surveyed.

“The actual decline is much larger than I would have expected,” said Andrew Derocher, a University of Alberta biology professor who has studied Hudson Bay polar bears for nearly four decades.

Arctic temperatures are rising at least twice as fast as the global average, and sea ice cover is declining by nearly 4% per decade. The loss of sea ice as a consequence of climate change is affecting polar bears, since among other things it hinders them from finding food, according to some studies.

The reason for all this is that these animals feed on ringed seals that live on the edge of the ice and get two-thirds of the energy they need for the whole year in late spring and early summer.

It must be remembered that the ice does not form again until the next winter. Therefore, the bears have less time to hunt prey and the time without receiving the food will be longer. This is a demonstration of how climate change affects polar bears.

Scientists have revealed that this may be reflected in a decrease in body condition, with a lower average weight in adult females. Fewer cubs survive, and those that do survive are smaller than usual, according to research.

Each year, the polar cap shrinks during the summer, when the highest temperatures occur, and reforms during the winter. This is the natural environment of polar bears, who hunt seals through holes in the ice.

Polar bears are the largest land carnivores on the planet. In various parts of the world, and also in Canada, these predators are listed as “vulnerable” species and their species has become a symbol of the dangers of global warming.

In recent years, the Arctic ice level has been declining and behaving unpredictably. For polar bears, this means more complexity to feed, and therefore to survive.

However, the Arctic has warmed twice as fast as the rest of the world, due to climate change. This causes the sea ice not to return to the wide area of ​​previous winters.

As a result, polar bears have less ice to hunt, breed, and live on.

Given the dramatic changes that are taking place in the Arctic, the most vulnerable are females and young bears. They expend a lot of energy nursing the cubs; they are unable to survive such long periods without enough food.

“These are the types of bears that we have always predicted would be affected by changes in the environment,” said Stephen Atkinson, who is the study’s lead author. “There are just fewer young bears that will survive and become adults,” he added.

The death of the young bears poses a genuine problem for the species based in Hudson Bay. Scientists fear that the species will abandon the area as its survival in it becomes unfeasible.

The consequences of climate change on polar bears can be seen in changing sea ice conditions in different regions of the Arctic, although not all polar bear populations will respond in the same way.

Exact numbers of polar bears are hard to come by in the most remote areas of the Arctic, which means that scientists know more about some polar bear populations than others.

In the southern Beaufort Sea and western Hudson Bay, sea ice loss has been directly linked to past or present population declines of these white bears.

But in other places, other factors such as hunting, shipping, oil and gas activities, tourism, prey availability and conservation, come into play to a greater or lesser extent for the way of life and the preservation of The polar bears.

The changes are rapid and polar bear populations can be damaged in some cases in a way that is not very reversible. The discourse of whether or not to champion the species may be more or less correct, but the reality is that all the evidence indicates a decline in a type of fragile habitat, exposed to the most changing face of global warming.