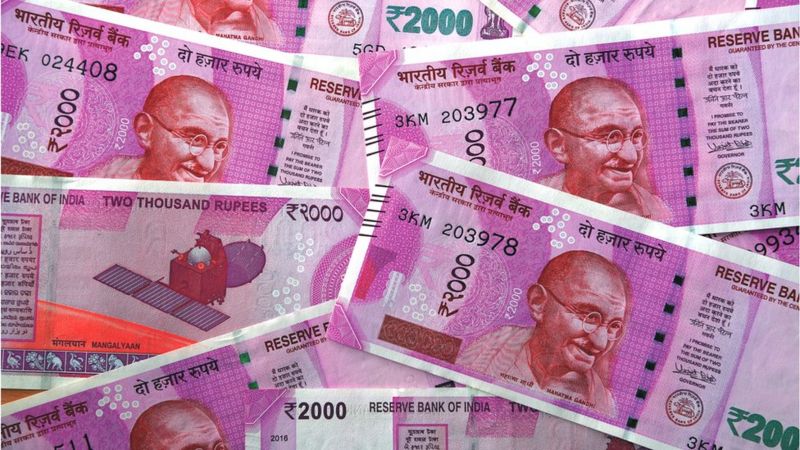 Now slowly this note is also disappearing from the market. We tried to understand the reason for this.

On the night of 8 November, Prime Minister Narendra Modi announced the ban on demonetisation, saying that after 12 o’clock, the notes of five hundred and thousand rupees will be closed and in place of these, the Reserve Bank of India will issue new notes of two thousand rupees and five hundred rupees. .

Since then, the new 500 note has been going well. However, in the last two years, two thousand new notes disappeared from the ATMs and then the banks.

Recently, Minister of State for Finance Anurag Thakur has told that RBI has not printed new notes of two thousand rupees in the years 2019 and 2020.

The first thing is that the government has not stopped the two thousand rupee notes. This means that if you have two thousand notes now, they will run.

The matter is that the central government and the Reserve Bank of India are promoting the five hundred rupee note in place of the circulation of two thousand rupee notes. This is part of the government’s economic policy.

From time to time, the Union Finance Ministry has been clarifying its position in the Lok Sabha regarding the two thousand rupee note. This is also clear from the RBI policy.

Following this policy, the Reserve Bank of India instructed banks to remove these notes from ATMs from 2020 onwards. Under this, two thousand rupee notes were removed from the country’s 240,000 ATMs in a phased manner from March 2020 and were replaced by small notes.

Initially, these notes withdrew from the ATM and gradually they stopped being found in banks too. Although the Finance Ministry has repeatedly said that two thousand rupee notes have not been cancelled, only their practice has been reduced.