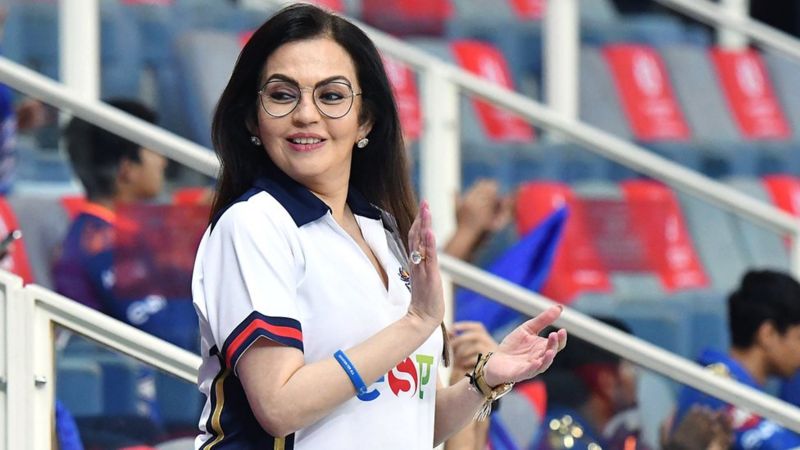 A group of students have expressed displeasure over the proposal to appoint industrialist Mukesh Ambani’s wife Nita Ambani as a visiting professor at Banaras Hindu University (BHU).

The students say that the university is presenting ‘a false example’ through this.

On Tuesday, a group of 40 students of the university protested in front of the residence of Vice Chancellor Rakesh Bhatnagar and submitted a memorandum to them.

Recently, the social science faculty of the university sent a proposal to Reliance Foundation, asking Nita Ambani to join the university’s Center for Women’s Studies as a visiting professor.

The university administration has confirmed to the newspaper that two other names have also been considered for the post of visiting professor.

One is the name of Preeti Adani, the wife of billionaire industrialist Gautam Adani, and the other name is Usha Mittal, the wife of British steel tycoon Lakshmi Mittal.

The Center for Women’s Studies of the Faculty of Social Sciences was established almost two decades ago and has three posts of visiting professor.

Kaushal Kishore Mishra, dean of this faculty said, “We do academic and research work on women empowerment besides graduation and post-graduation courses.

As part of the old tradition of connecting philanthropists with the university, we sent a letter to Reliance Foundation asking Was Nita Ambani involved in the Women’s Studies Center as a visiting professor so that we can take advantage of her experience. We did this because Reliance Foundation has done a lot of work in the field of women empowerment.”

Subham Tiwari, a research scholar who joined the group of protesting students, said, “We are setting a bad example. Being a wife of a rich person is not an achievement and these people cannot be an example for us. If you are a woman If you want to talk about empowerment, then call Arunima Sinha, Bachendri Pal, Mary Kom or Kiran Bedi.”

He says that Vice Chancellor Bhatnagar has told him that he has no information about this proposal.