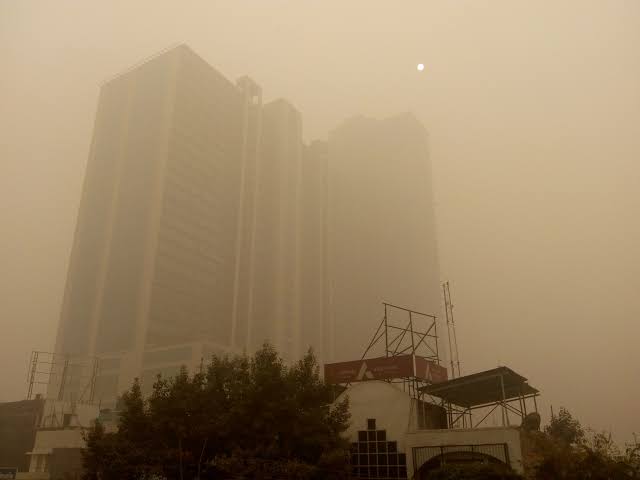 Last year, due to the lockdown imposed after the Covid-19 epidemic, there has been a slight decline in Delhi’s pollution, but in spite of this Delhi is the most polluted capital of the world. This has been claimed in the World Air Quality Report released on Tuesday.

According to the report, Delhi’s air quality has improved by 15 per cent from 2019 to 2020. Despite this, Delhi has become the tenth place in the polluted cities of the world and the most polluted capital in the world.

In the year 2020, the air quality of Indian cities recorded an improvement of 63 per cent.

Besides Delhi, the 21 other Indian cities among the 30 most polluted cities in the world are Ghaziabad, Bulandshahar, Bisrakh Jalalpur, Noida, Greater Noida, Kanpur, Lucknow, Meerut, Agra and Muzaffarnagar in Uttar Pradesh, Bhiwari in Rajasthan, Faridabad, Jind, Hisar, Fatehabad, Bandhwari, Gurugram, Yamuna Nagar, Rohtak and Dharuhera in Haryana, and Muzaffarpur in Bihar.

According to the report, the impact on the health of air pollution remains worrisome. The report also records the impacts on air quality from the covid-19 lockdown, so the main reason for the decrease in pollution over the past year has been the imposition of the lockdown.

The main sources of pollution in India are traffic, use of biogas for kitchens, power generation, construction of industries, burning of garbage and burning of stubble annually. Traffic is a major contributor to India’s fast growing PM2.5 emissions.

In the context of India, Avinash Chanchal, climate campaigner at Greenpeace India, said that even though pollution has reduced in many cities including Delhi due to the lockdown, the effect of air pollution on the economy and health is appalling.

It would be better if the government gives priority to sustainable and clean energy. Also promote cheap, smooth and carbon neutral options for traffic such as walking, cycling and inclusive public traffic.

As per the report, the top most polluted city is Xinjiang in China followed by nine Indian cities.

Ghaziabad is the second most polluted city in the world followed by Bulandshahar, Bisrakh Jalalpur, Noida, Greater Noida, Kanpur, Lucknow and Bhiwari.

The global cities ranking report is based on PM2.5 data from 106 countries, which is measured by ground-based monitoring stations, most of which is operated by government agencies.