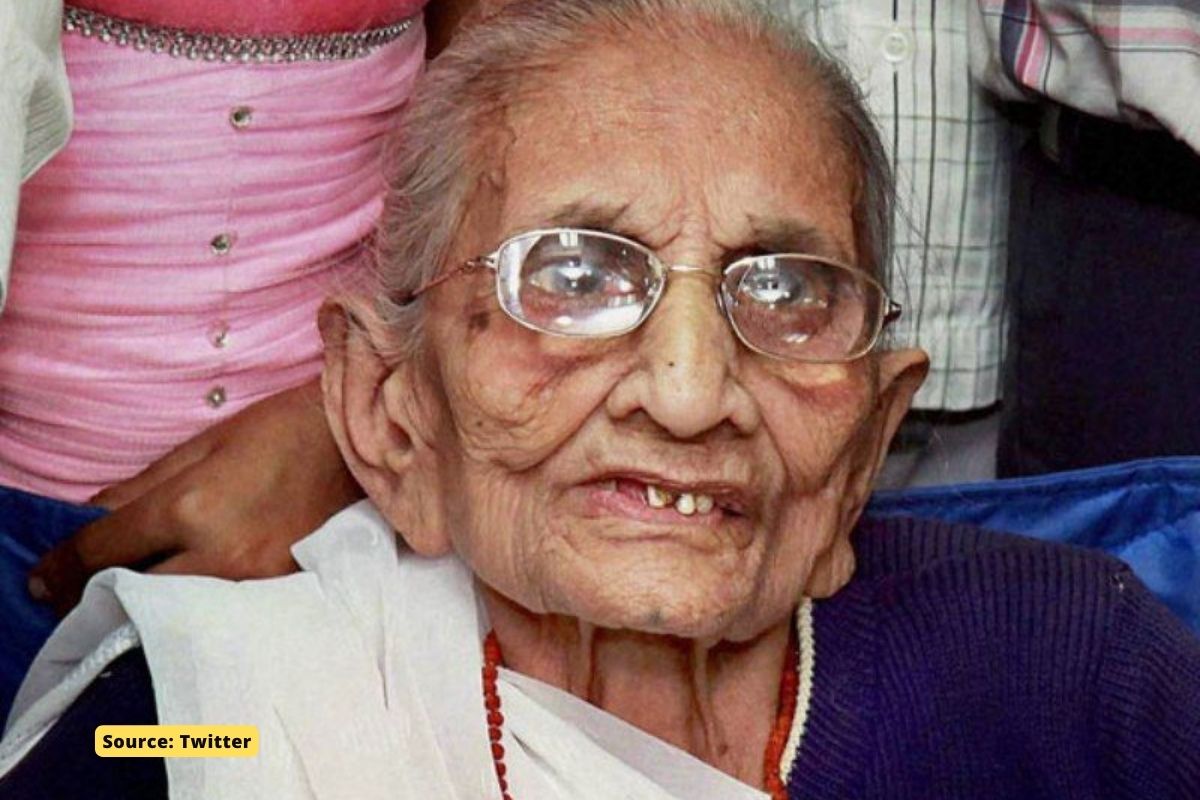 Prime Minister Narendra Modi’s mother, Heeraben Modi, passed away at the age of 100 today. PM Modi took to Twitter to inform the nation about the sad passing of his mother. PM wrote about meeting his mother with his mother on her 100th birthday and shared her way of life, which was to work smart and live life pure.

Informing about her death, the Prime Minister posted a heartfelt tweet early this morning, “A glorious century rests at the feet of God… In Maa, I have always felt that trinity, which contains the journey of an ascetic, the symbol of a selfless Karmayogi and a life committed to values.”

Prime Minister Narendra Modi recently dedicated a blog to his mother, highlighting her sacrifices as well as the different facets of her life that “shaped” her mind, personality and self-confidence.

“A mother not only gives birth to her children, but she also molds her mind, her personality and her self-confidence,” Modi wrote. “My Mother is as simple as she is extraordinary. Just like all mothers! As I write about my Mother, I am sure that many of you will identify with my description of her. As you read, you may even see the image of her own mother,” he added.

You can actually calculate age through this Age Calculator

But what is the real age of PM Modi’s mother?

As per Wikipedia, PM Narendra Modi’s mother Heeraben Modi was born in 1920, as per the biography of PM Modi “Narendra Modi: A Political Biography” by Marino Andi.

According to this moneycontrol article in 2021, PM Modi’s mother is 95 years old 2021 when she received the COVID vaccine.

Heeraben, who is over 95 years old, lives with the prime minister’s younger brother, Pankaj Modi, in Raysan village near Gandhinagar city. More than 17.13 lakh people including those over 60 years of age have received the first dose of the COVID-19 vaccine in Gujarat.

As per this article by timesnownews, In 2014, just a few months after leading the BJP to a historic victory, Prime Minister Modi met his mother in Ahmedabad and touched her feet for blessings. Heeraben, who was 95 at the time, gave Modi Rs 5,001 as a birthday present.

AS per the article in India Today on October 30, 2014, Prime Minister Narendra Modi’s mother, Heeraba, has moved into a new bungalow, which her youngest son, Pankaj Modi, built-in Gandhinagar. Pankaj Modi, a Gujarat government employee, used to live in a cramped neighbourhood with Heeraba, 95, who he has now vacated.

On Dec 14, 2017, as per the Zee New article, Prime Minister Modi’s 97-year-old mother arrived at the voting booth despite failing health. As per Zee News in 2017, PM Modi’s mother was 97 years. AS per the Financial Express article published on November 15, 2016, PM Modi’s mother was 100 years old.