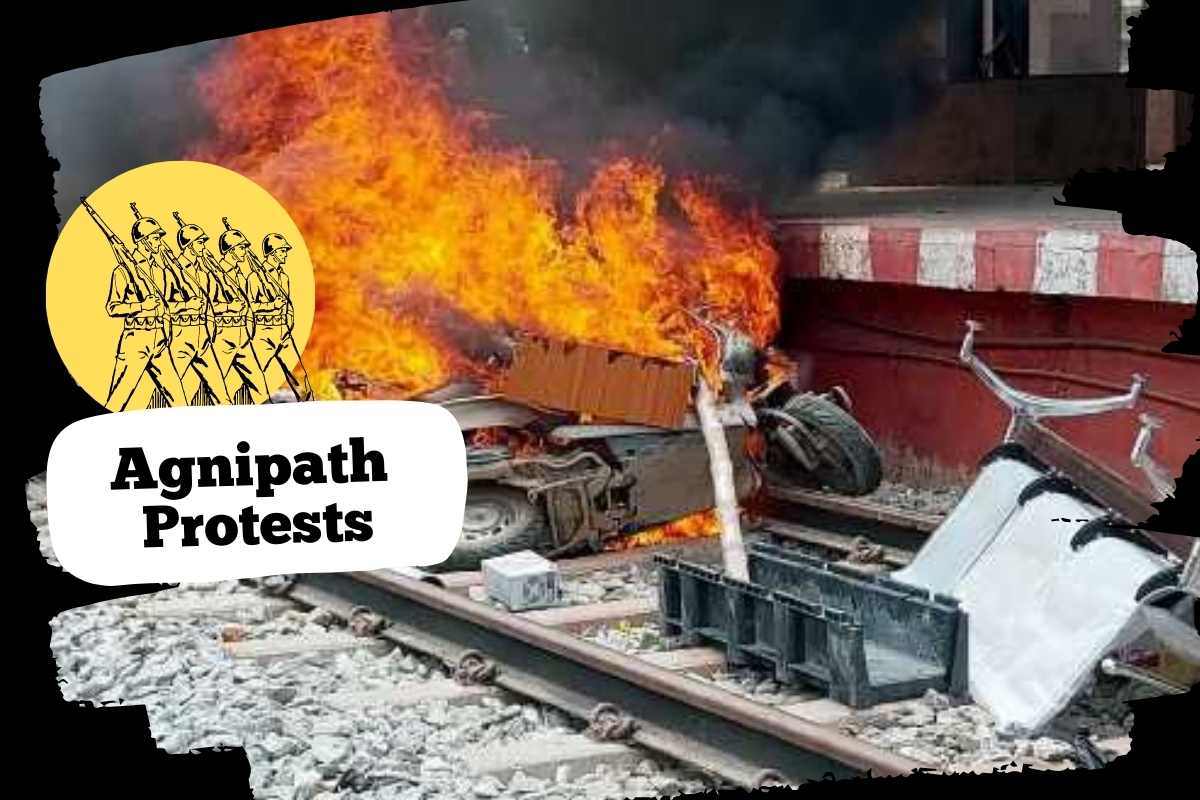 The fire of the Central Government’s Agnipath scheme has started spreading across the country after coming out of Hindi belt states like UP, Bihar, Rajasthan, Madhya Pradesh. Several hundred students in Telangana’s Secunderabad came out on the streets to protest the Armed Forces recruitment amendment scheme Agnipath . Here the railway station and shops were ransacked. Six people were injured in this protest and one student was shot by the police and died.

The agitators have also set fire to the train in Secunderabad. Efforts are on to extinguish the fire in the train.

Protestors have burnt down the train coach in which India Post parcels were being sent at #Secunderabad railway station.

The movement of trains has also been affected as students ransacked the track. Also, there have been attacks on the station office.

Railway officials have stopped all trains on this route. All buses have also been stopped. RPF is trying to remove the agitators from the railway station.

Let us tell you that Agneepath, the plan of recruitment for four years in the army, is being opposed across the country. The students are angry with this plan. Under this scheme of Modi government, now youth will be recruited in the army only for four years, after that they will be retired without pension.

The students who were diligently dreaming of joining the army are angry with this plan and are opposing the government.

In this scheme of the central government, the youth who are recruited in the army for four years will be called Agniveer. The government believes that with this the army will always remain young. But the students say that it is cheating on them.