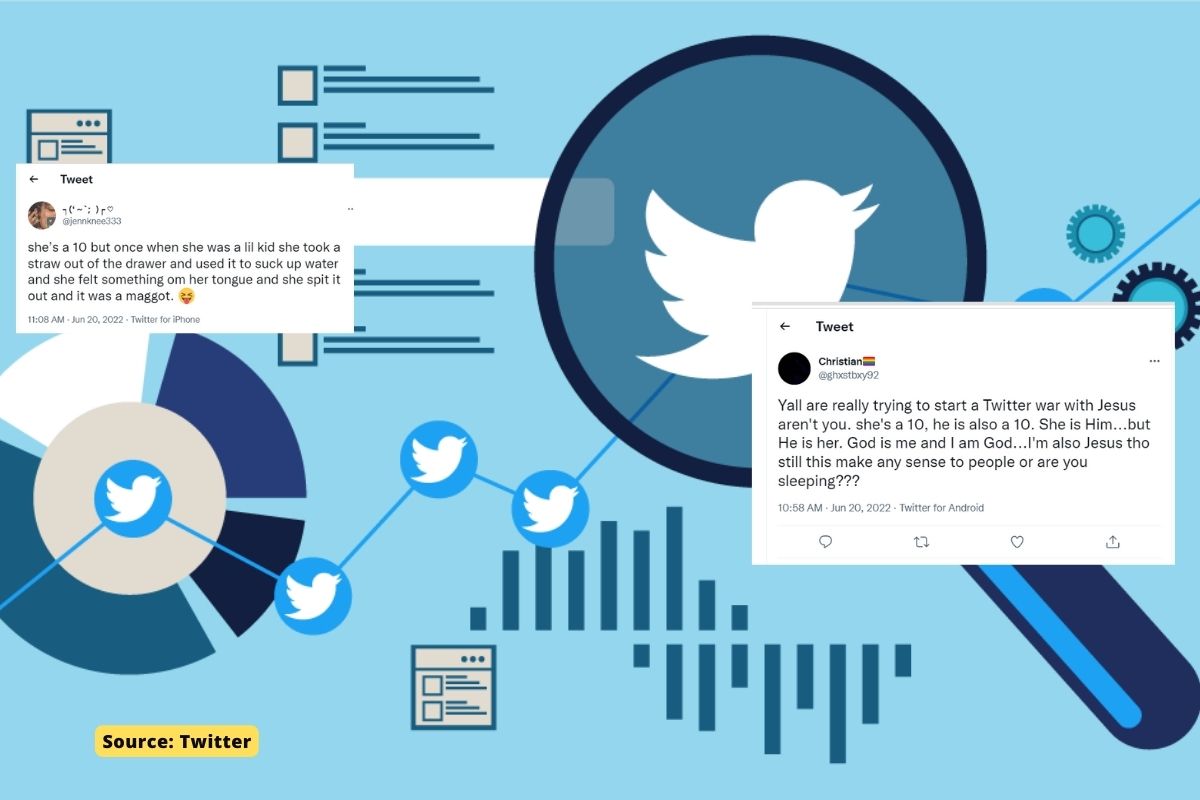 On social media networking site Twitter, every day something new trends, Now ‘she’s a 10’ is now one of the most popular trends. This Twitter trend usually refers to a person’s rating in attractiveness. Saying “She’s a Ten” Means You Think She’s Pretty and Charming.

So the Twitter trend, “she’s ten” could mean that physically she’s perfect for the eyes, for example, good shape, nice ass, nice breasts, perfect height, perfect skin colour, perfect It depends on the colour of hair, the right kind of clothing and how the person who is judging her at the moment is feeling.

“She’s a ten” can be the highest score on a one to ten scales. When women are labelled based on their own needs.

There are other popular numbers that are also used in slang and have become part of a culture, that number two. This number represents homosexuals and has been erased from a small island called the Jamaica Numerical System. There are no two in the number system. When you reach a certain age, it is replaced by two or something.

The joke started on TikTok, where all the good memes have gotten wings in recent months, before trending on Twitter, where good memes are sent to die. On TikTok, the meme quickly went from “this is fun and nice” to “this is terrible,” a transition that can be blamed one-sidedly on the people who choose to participate. It goes like this: women and gender non-conforming people do it, and it’s funny and charming. Men do it, and it’s scary and unattractive. One TikTok user, Raja Burrows or @thejollyraja, says this is because the way the meme originated was to “give the guy the highest score possible.”

The original joke was objectively very good! And then the cis, straight men came along and started looking for reasons to hate women. As one user, @deannaculen, put it, the most accurate recreation of the men recreating this meme is simple: “She’s a 10 but she’s a girl. Zero.”

It’s not that men aren’t funny, one can argue, but I would personally say most people aren’t funny regardless of gender. The real problem here is that the misogyny is not funny; it’s sterile and transparent and, genuinely, a boring and cheap way of trying to get laughs and participation.

There isn’t enough self-loathing in many of these shots. Guys are taking these cues as an opportunity to punch, while women and gender non-conforming people are punching up, punching sideways, or not really punching at all.

Here is a series of tweets by netizens across the world.

Another user said “She’s a 10 but she cried when My Digital Escape broke up’.

“she’s a 10 but bumps into every object around her like literally she should not be allowed to be around things you took your eye off of her for five seconds and now your drink is spilled oh my god she’s like a bull in a china shop”.

On TikTok, the trend appears mainly as a game between two or more people presenting different scenarios. On Twitter, the meme takes on a mostly text-based framework that is particularly conducive to viral tweets.

“These scenarios alone are fun enough to thrive on their own, whether you play the game or not,” he said.

Hamilton said he prefers TikTok to Twitter because the videos better emphasize the “gaming aspect” of the trend.

“It’s fun to watch people recite these scenarios over and over and hear other people’s responses in real time,” she said.

Regardless of its format, Hamilton added, there’s a reason the viral trend is joining the ranks of other popular memes: “It’s funny, but it also reveals something real.”