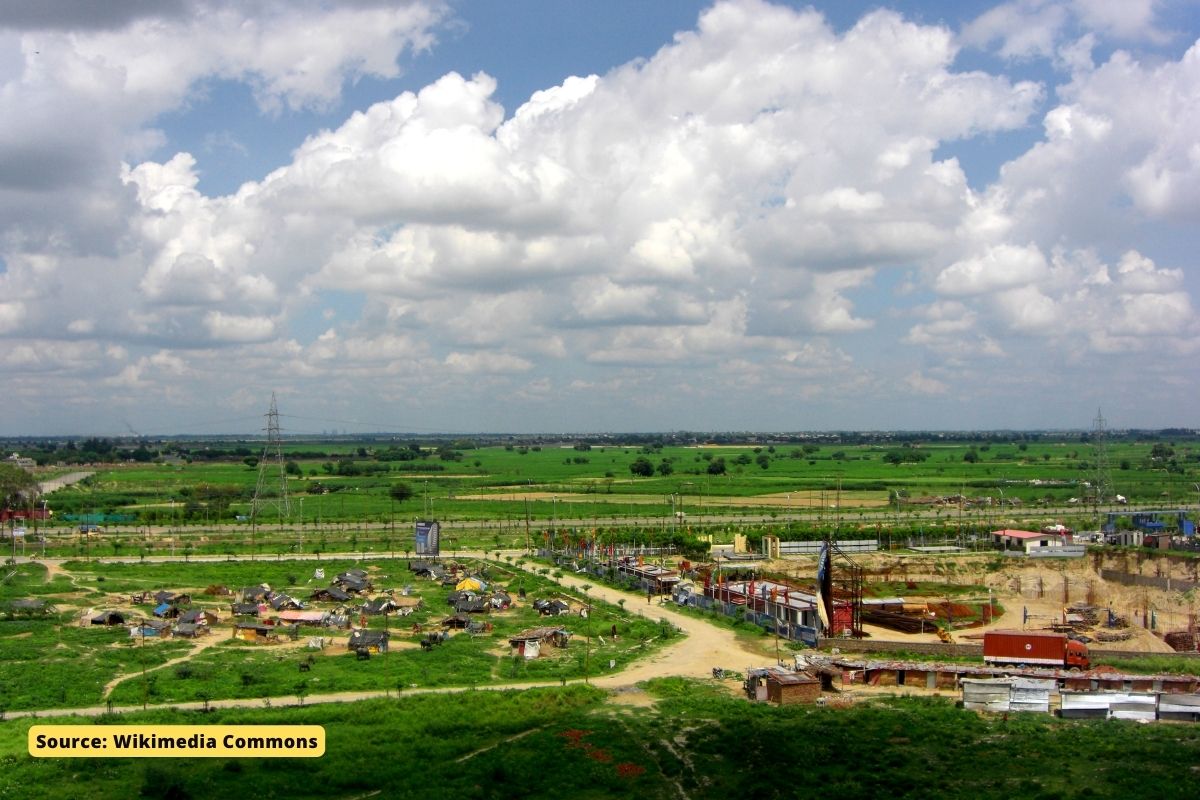 Kashmir is losing its main agricultural land and wetlands due to rapid urbanization and faulty land use, according to the 2016 policy paper on land use in Jammu and Kashmir, the Kashmir valley loses an average of 1375 hectares of arable land due to the rapid construction of commercial infrastructure, brickyards, residential neighbourhoods and commercial complexes.

A new agricultural census is being carried out these days to assess the current scenario of damage and the results are expected to show a further decrease in agricultural land due to obvious reasons.

It is a mountainous state with an area of 101,387 square kilometers on the Indian side, where about 12.5 million people live with a density of 124 people per square kilometre, according to the 2011 census. Forest cover covers 20 per cent Of the territory.

Independent studies have revealed that the net cultivated area in Kashmir is currently only 7 per cent, and arable land has shrunk by 30 per cent.

According to a survey carried out this year by the University of Agricultural Sciences, urbanization and rapid construction in the rice paddies had great consequences for the agricultural sector in this region.

The contribution of agriculture to the gross domestic product of the region decreased by 11 per cent in 12 years. The study reveals that during the fiscal year 2004-2005, this activity contributed to 28 per cent of Kashmir’s GDP, but has now fallen to 17 per cent.

According to the study, the conversion of farmland into residential neighbourhoods and commercial complexes resulted in a precipitous drop in employment. That of Kashmir’s agricultural sector fell from 85 per cent in 1961 to 28 per cent today.

Srinagar has been growing rapidly in recent years. The city has grown 12 times in terms of population and 23 times in terms of area between 1901 and 2011, according to a study by researchers from the geography department of the University of Kashmir. In another report, an international think tank, City Mayors, ranked the city of Srinagar as one of the 100 fastest-growing urban areas in the world in 2011.

In a letter to the government in March 2016, Kashmir Agriculture Director Showkat Ahmad Beigh said that “due to accidental land conversion, agricultural land has been significantly reduced [in Kashmir] according to door-to-door surveys conducted by field workers in this [agriculture] department.”

According to the 2016 state economic survey, the net area of ​​crops in Jammu and Kashmir is only 7% of its geographical area. But only 31% of the area is actually arable land, according to income reports, said Sajad Hassan Baba, an agricultural economist at Sher-e-Kashmir University of Agricultural Sciences and Technology (SKUAST).