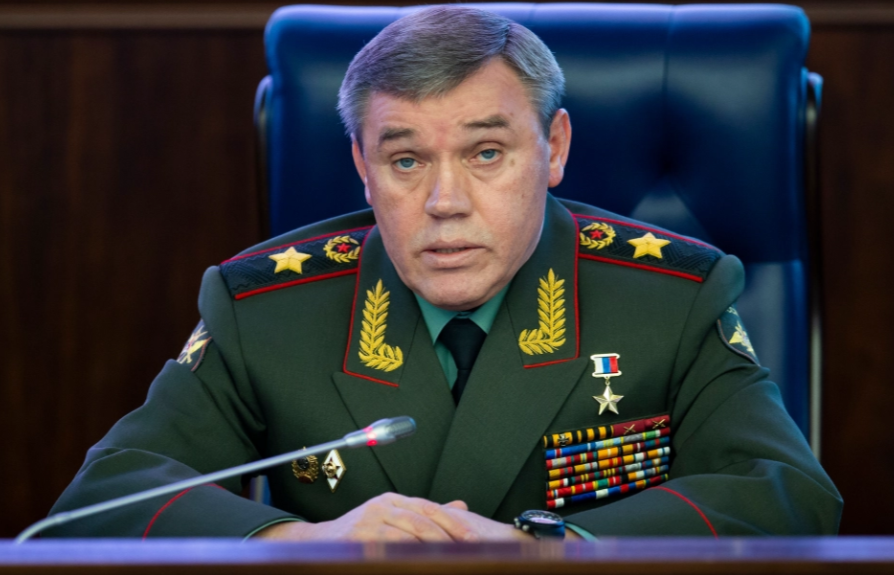 Ground Report | New Delhi: Valery Gerasimov; Russia’s top commanders have a savage list of charges against them, including deliberately running over and killing protesters with tanks and indiscriminately shelling civilians.

Since the invasion of Ukraine began, Russian Defense Minister Sergei Shoigu and Army Chief of Staff Valery Gerasimov have become central figures in the war launched by Vladimir Putin. General Sergei Shoigu has been in command of Russia’s armed forces since 2012.

Valery Gerasimov has achieved mythical status. The career soldier was born in 1955 in Kazan, one of the most populous cities in Russia. He served in the armoured divisions of the Red Army throughout the former Soviet Union.

Gerasimov was also one of the commanders of the North Caucasus Army during the second Chechen war (1999-2009). The BBC reported in 2012 that famed Russian journalist and government critic Anna Politkovskaya, assassinated in 2006, had described him as an example of “a man who knew how to preserve him honour as an officer” during that war. Gerasimov’s claim to fame was that he had arrested and convicted a Russian soldier accused of brutalizing and murdering a young Chechen girl during the conflict.

Gerasimov, described by Shoigu as a “military through and through,” led operations in Ukraine in 2014, in Syria and now, again, in Ukraine.

His international fame, however, is based on a misunderstanding. He is said to be the inventor of Russian “hybrid warfare,” which combines the use of conventional weapons with non-military methods, such as disinformation or cyberattacks, to prepare the ground for soldiers. There is even a “Gerasimov doctrine” named for this military approach.

Also Read:  Why so many Russian senior officers have been getting killed?

But the inventor of this term, Mark Galeotti, a British expert on Russian military issues, has repeatedly tried to correct the record. He emphasizes that there is no such official doctrine in Russia and that Gerasimov is not a theoretician of war.

The misunderstanding stems from a speech Gerasimov gave in 2013, in which he said that “the border between war and peace had become increasingly blurred” and that “non-military means of achieving strategic objectives had gained importance”. ”.

Russia’s chief of staff, General Valery Gerasimov, in 2013 wrote a famous article that Russia’s 2014 capture of Crimea was seen as a practical guide to overthrowing governments in neighbouring countries. Russia would use social media and covert interference to turn the population against her government, use economic measures to impoverish her, and diplomatic measures to ensure she had no friends. Right at the end of this long and drawn-out process, a small Russian invading force would attack, inspiring the population to rise up and stage a coup that would install a compliant leader.