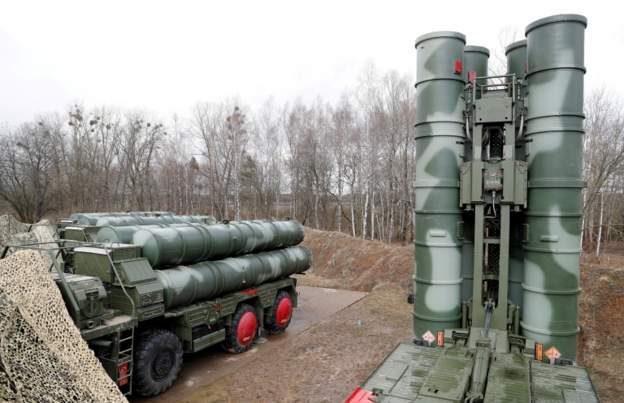 The United States may impose several restrictions on India for buying billions of dollars worth of S-400 air defense missile systems from Russia.

The Congressional Research Service (CRS) , the independent research wing of the US Congress In its report submitted to the Congress, it has said that India is particularly keen on ‘technology sharing and co-production initiatives.

However, the US demands that India bring more changes in its defense policy and bring more foreign direct investment in the defense sector.

ALSO READ: ‘We Will Meet Our Parents Or Be Shot’; Former Militants Wives Announce To March Towards LOC

The report prepared for Congress members reported that ‘India is buying a billion-dollar Russia-built S-400 air defense system that could lead to sanctions on India under the US anti-enemy sanctions law’.

Market access and other barriers to trade with India have been long-standing concerns among some Members of Congress and U.S. exporters, and successive U.S. Administrations. Efforts under the Trump Administration to reach a limited bilateral trade deal to address certain rrictions did not conclude.

President-Elect Joe Biden has expressed interest in cooperating with Indian Prime Minister Narendra Modi on global challenges, but it is uncertain what priority the new Administration will place
on bilateral trade issues. Some analysts expect that U.S.- India trade relations may be less strained, but that Congress and the new Administration will continue to seek resolution to ongoing trade frictions in the bilateral relationship.

However, the CRS report is not considered an official report nor does it reflect the views of members of the US Congress. They are made independent experts so that law makers can be made aware of the decisions.

In October 2018, India signed a $ 5 billion deal with Russia to buy five S-400 air defense missile systems. However, before this the Trump administration had warned that if this deal happens then India should be ready for the US sanctions.

In 2019, India made the first payment of $ 800 million for the missile system. The S-400 is considered to be Russia’s most modern ground-to-air long-range missile defense system.

Significantly, the CRS report is not an official report of the US Congress nor does it reflect the views of MPs. They are prepared for the MPs by independent experts so that after understanding all the things, they make the decision carefully. In October 2018, India signed a five billion dollar deal with Russia to buy four S-400s even after the Trump administration warned. The Trump administration warned that doing so could impose American sanctions on India.

Explain that India has also paid the first installment of $ 80 crores to Russia for this missile system in 2019. Both countries are determined to complete this defense deal. Last month, Russia said that current defense deals, including the supply of the first consignment of the S-400 missile system, are being implemented despite threats from US sanctions. The S-400 is known as Russia’s most advanced long-range surface-to-air missile.

Both India and the United States are absent from the Indo-Pacific region’s two major trade pacts. India negotiated, but opted not to join, the Regional Comprehensive Economic Partnership (RCEP), signed by China and 14 other countries in November 2020. India cited concerns about RCEP’s fairness and balance, and reportedly also was concerned about the effects of opening its markets to Chinese exports.

ALSO READ: HuffPost India’s Sudden Exit and Atmanirbhar Bharat: The Bad, The Worse and The Ugly

The United States withdrew from the proposed Trans- Pacific Partnership (TPP) in 2017. The 11 remaining TPP parties (including 7 RCEP members, but not India or China) signed the new Comprehensive and
Progressive Agreement for TPP (CPTPP or TPP-11), which entered into force on December 2018.

India also has long sought to join the Asia-Pacific Economic Cooperation (APEC), composed of the United States, China, and 19 other economies, but its willingness to
make sufficient economic reforms to join is uncertain.

At the same time, the officials of the US State Department have said that no exemption will be given for any country. US officials say that if India wants a waiver, then they will have to deal with Trump. However, the US has put options for the deal of both F-16 and F-18 in front of India. Pakistan has been using F-16 aircraft for three decades and India is not interested in these aircraft. The US says that the F-16 aircraft that Pakistan has is much better than the F-16 Block 70, while India argues that the F-16 is not compatible with our BrahMos.