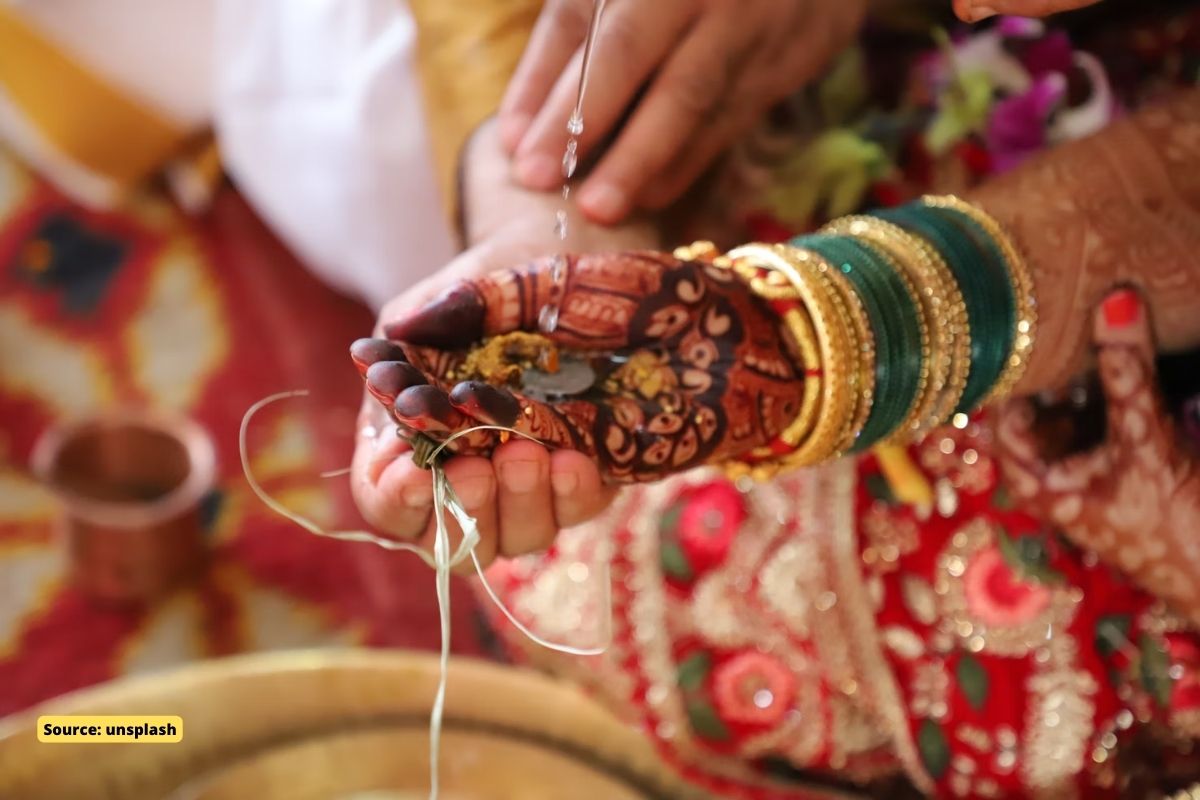 Have you ever heard that the bride’s sister marries her sister-in-law before the groom? Don’t be shocked there are some places in Gujarat where they have unique marriage rituals. In the city of Chhota Udaipur, it is customary for the tribals to have a unique marriage. The groom is not involved in his weddings.

According to the rules, the place of the groom in the marriage will be led by his unmarried sister. If there is no sister, then another unmarried girl from the groom’s family goes on behalf of the groom.

The groom will not perform any rituals till his sister marries her wife and bring her home. In such a situation the groom stays at home with his mother but his sister reaches the bride’s door. However, the groom wears a sherwani, a safa, and wields a sword but he is not permitted to attend his wedding.

All the rituals of a wedding which a groom does are conducted by his sister. Sister leads the wedding possession or ‘ Barat’ on behalf of his brother. She takes the ‘mangal phere’ with her sister in law instead of her brother and brings her home,” says Kanjibhai Rathwa, of Surkheda village.

Why people are still following these rules?

There are three villages Surkheda, Sanada and Ambal in Gujarat where this ritual is followed. If the people try to go against it, they face problems in married life. It is believed this will protect their grooms from any harm says Ramsinghbhai Rathwa the head of the village Surkheda. Also, the married life has chances to break or the groom can face many challenges in his life. (marriage Tradition in Gujarat)

Pandits say this unique tradition reflects the tribal culture. It is a part of tribal folklore had been followed by the tribes. Also, the People of these villages say that the male deities Dev Bharmadeva was bachelors and to show their respect towards them this custom is followed.

Many couples in the villages tried to change the custom. Some bridegrooms died because of not following the practice. The ones who avoid them become victims of unfortunate events.