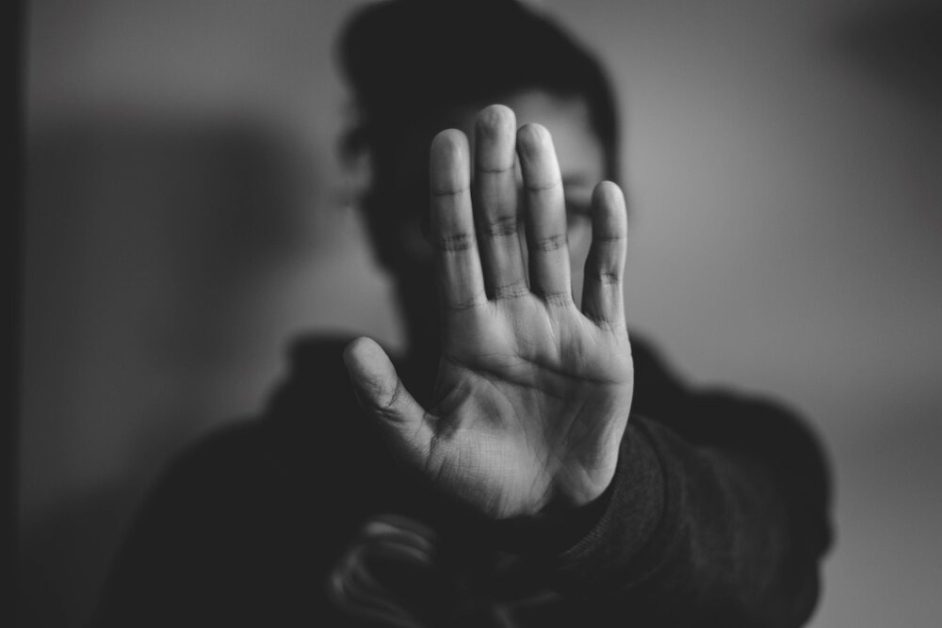 Ground Report | New Delhi: Street harassment in Kashmir; Sexual harassment of women is a common occurrence that has a detrimental emotional and physical impact on women, but one type of sexual harassment that is prevalent around the world but rarely discussed is “street harassment” or “catcalling.” The cases of eve-teasing or ‘street harassment’ in Kashmir have been on the rise. From making obscene gestures, passing comments, whistling and stalking, women in Kashmir often try to brush off any snide remarks that men sitting on shop fronts, in marketplaces and buses pass at them.

“It happened outside my house.”

21-year-old Qurat (name changed) recently faced harassment just outside her house. A group of teenage boys chased her barely a few meters from her house and passed very obscene comments at her. “Those kids passed such vulgar comments that I felt like dying of disgust. And the worst part is that I see them every day they are my neighbours,” she said.

What Does Catcalling mean?

Street harassment or catcalling refers to harassment of women by strangers in public places such as streets, parks, lanes, and public transportation. Making obscene gestures, passing comments, whistling, gazing, and stalking is examples of such behaviours. Street harassment is an implicit type of violence that deprives women’s freedom of movement. It is triggered with shades of sexism, gender stereotypes and objectification of women. Street harassment can affect women mentally and often leaves victims traumatized.

“I was harassed outside my home.”

A 15 years old girl (name withheld) faced an indecent incident of street harassment which made her feel disgusted. “Idar daekho na. The boys passed this remark repeatedly when I was walking through my neighbourhood. And honestly, I was very taken aback,” she said. Adding further she stressed the fact that this behaviour is not normal and people really need to step up to it. ” I feel that parents need to be more open and understanding towards their children. They should teach them to fight back and give them that assurance of safety and trust that they will always have their backs. My mother has taught me to fight back. She tells me whenever you face something like this just don’t remain silent.” But the fact that some parents blame their own daughters for such incidents cannot be ignored as well.

“It happened to me outside my tuition centre.”

19 years old Zara (name changed) was harassed by some strange boys who according to her were older than her. “I was coming out of my tuition centre and I was walking on the street in Parraypora when some boys came. They were on bikes and they threw chits at me asking me to call them. One of the boys winked at me and it made me numb. I felt really uncomfortable,” said Zara. She even went on to say that she once felt that she should leave Parraypora and look for some other place to go for tuition.

It is very important to mention that Parraypora, a place in the upper-town area of Srinagar is a hub to a lot of tuition centres. A place where thousands of students go to attend tuitions and also one of the places which witnessed incidents of street harassment every day. However it is not just about Parraypora, no place in Kashmir is safe from these incidents. Outside tuitions centres, outside schools, colleges everywhere women and young girls are subjected to harassment and they cannot even speak up. If they do, they are blamed.

“Every girl faces it”

In another such incident, 23 years old Asra (name changed) was out with her seven years old cousin, when some boys in a car started following them. “They were passing comments. I was literally shaking. I did not know what to do,” she said. To escape from the situation, she started walking with people who were passing by. Those boys on seeing people drove away.

Asra believes that every girl has faced street harassment at some point in their life. “It is a fact. No one can deny that” she added.”

Asra, however, lamented the silence of society towards such issues. “We cannot discuss or speak of these incidents to our families and if we do, we are either told to avoid the situation or blamed,” she said. “Emotionally this is very overwhelming because when we have no one around to talk to about, it weakens us emotionally,” she added.

A girl on grounds of anonymity said, “Street harassment is a “normal “phenomenon for girls, looks like life is incomplete without it and. This has increased every passing year, month or even a day.” This one statement however sums up the severity of the issue in Kashmir.

This is not the story of these girls alone. There are hundreds of women who go through this every day irrespective of their age. These incidents are just the tip of the iceberg. There are much more horrifying incidents that the female folk irrespective of their ages face on a daily basis. What is more concerning is that no one usually fights back. The matter of concern is how “normalized” this whole issue is becoming. In Kashmir itself, there is an alarming rise in incidents of street harassment and catcalling over the years. And generally, people are so normal with it that they usually say, ” Ye Chu Saarnei Seet Gatchan” ( mean. It happens with everyone.)

Females account for almost 47 per cent of the overall population of the UT of Jammu & Kashmir according to a 2005 census. Women here have been subjected to atrocities and different kinds of harassment including sexual harassment and street harassment. It is pertinent to mention here that the recent incident of the acid attack showed how stalking and harassment should not be ignored.

What does Law say?

Advocate Moien Shafi who works at District Court Baramulla, while talking about the laws concerning street harassment said, “Anyone who is found guilty of performing any act, gesture or uttering any word which an intention of insulting the modesty of a woman can be punished under Section 509 of IPC with an imprisonment which may extend to three years, or with fine or with both.”

Despite laws and punishments in place for street harassment, the cases continue to rise. Also, the lack of specialized counsellors to help the victims to come out of emotional trauma only adds to the problem.

Groundreport.in got in touch with Irtiza a member of Mehram, an organization working for the upliftment and welfare of women in Kashmir, to talk and know more about street harassment in Kashmir. She said, ” Well if we talk about street harassment, it is like none to very limited. We don’t get any reports or such cases, because I that girls are not very comfortable in reporting these cases.” Adding further she said, ” I guess it is because of the pre- victimization.” She lamented the fact that victims are blamed and questioned for everything.

Irtiza also said, ” And at all if a victim reports, nothing much happens, and for her parents going to the police station is never an option.” Irtiza said that victims are never encouraged to report such crimes, and they are asked to shut up.

When asked how many cases they deal with every day related to street harassment, Irtiza said, ” If we talk about harassment, we don’t receive many cases. They go unreported and when I say they go unreported does not mean they don’t happen, it happens every day.”  She also added that in Kashmir these cases though unreported, happen every day and it is unfortunate how it is normalized, how people justify it by blaming the victim on moral grounds. Leaving victims traumatized for a very long time.

There has however been a lot of discussion about it in the West but in the East, it is something that still has not made it to public discourse.

While a certain section of society does not support women and blame them for everything there are some people who stress the fact that remaining silent is not a solution and that boys should be educated with and taught moral values.

Harassment in any form is never acceptable, and it is never praise. Everyone needs to be treated with dignity and respect in public settings, as well as to feel safe.

A mother of two young daughters has a message for every girl, ” Don’t be afraid, be strong enough to call out such behaviour publicly. Ask for help and even if people ignore your call, confront them and confront everyone. Just don’t succumb to this. Speak up and fight back.”