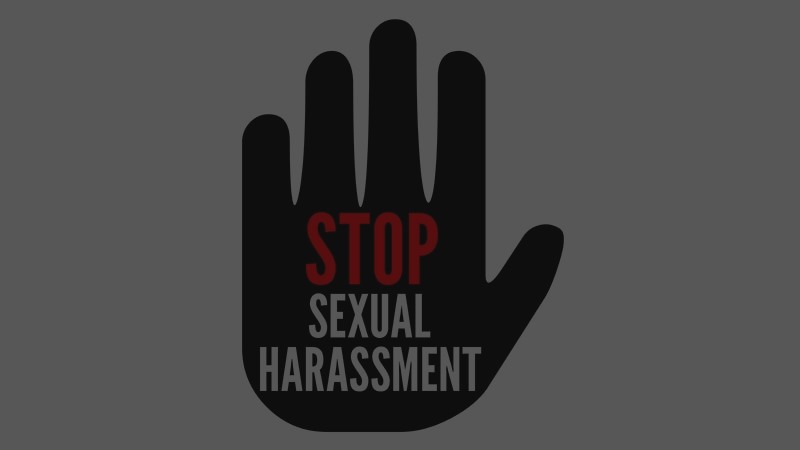 Ground Report | New Delhi: Sexual Harassment in Kashmir;  Women have been subjected to all kinds of atrocities and harassment throughout the world. The most common of them all is sexual harassment. People may believe Kashmir is free from it but the matter of fact is it is not. Sexual harassment has been prevalent forever now. Though often reported, though often talked about.

In a place like Kashmir which is a land of saints, gender-based violence has been rampant however no one talks about it. Even before knowing about it, almost everyone women in particular are subjected to any kind of sexual harassment.

Sexual harassment is any type of sexual behaviour which not welcomed. It is defined as any type of discrimination, exclusion, harsh or derogatory remark, or invasion of privacy. It can be very humiliating, offending and mentally and physically exhausting. It can leave victims frightened and scarred for life. And happen both physically and online. It can include touching, grabbing, staring or making physical contact without consent. It can take place anywhere like in public places, in transportation, in workplaces, in educational institutions, even on the road. However sexual harassment is not confined to any gender it can happen to anyone including children.

Some people in Kashmir believe that there has been an increase in sexual harassment since most of the cases go unreported.

“It happened to me on the bus.”

19 years old Asma (name changed) was boarding a public bus when she saw an empty seat. The seat was next to a man who looked in his mid 50’s, who Asma did not even imagine harming her. However, when she sat on the seat she felt something weird. ” Jab mae baethnae laggi toh mujhae mehsoos hua ki uss aadmi nae apna haath rakha tha aur mae uskae haath pae baethi thi (when I tried to sit I noticed that man had put his hand on the seat and i was sitting on it). So I panicked and stood up immediately,” said Asma. “Usnae jaan bhoojkar haath rakha tha (he had deliberately kept his hand there), I realised it when he started touching my arm weirdly. I was shocked,” she added. Asma however soon got off the bus. She told Ground Report that such incidents have happened with her countless times and it is mentally exhausting. She also shared an incident where a man touched her breasts on a crowded bus.

However, there are countless incidents of sexual harassment in public transport. Many women and girls have experienced it and are still experiencing it. But if somebody tries to retaliate or call them out most of the time their voices go unheard.

A girl on grounds of anonymity shared a similar incident “There was once an old Sikh man apparently drunk, talking gibberish and when I tried to confront he said zyaada nakhre karti h…and then luckily a few men onboard  reprimanded him …from then on I try not to commute through public transport especially buses.” Meanwhile, she also added, “I mean you can’t talk if somebody tries to do any nonsense …even a continuous gaze disturbs  and then if you talk they think it’s a woman card you are playing…most of the time .”

“It was very creepy.”

In another incident, a student of the eighth standard was on a public bus with her mother. Since the bus was crowded she was standing in front of a man nearby. Suddenly she noticed the man was touching her. She told Ground Report, “Mae khadi thi toh woh uncle touch karnae lagae mujhae (when I was standing that uncle started touching me). Mae sacch mae bohat dargayi ajeeb harkatae ki usnae ( he was doing strange things). I couldn’t share about it to my mother.”

“It happened to me in my coaching centre.”

23 years old Insha (name changed) recalls an unfortunate incident that took place five years ago when she used to study in a tuition centre. She shared the details with Ground Report, ” I as usual went to my coaching centre I was in 11th standard. So I went to the washroom after my class ended. There was this one owner of the coaching centre who always greeted me with a smile. I greeted him back and he hugged me.” She further added, ” When he hugged me it was not anything that made me uncomfortable. It was when he said, mae touch karsakta hu (can I touch you) when I felt numb. A chill went down my spine. I was beyond numb I did not know how to react. It was unexpected. So I pushed him and hurried back to class. After that, I left that centre.” Insha was mentally disturbed for days altogether because she never thought a person who she thought of as a father figure will say such a thing to her.

She stressed the fact that how lack of communication can render people experiencing sexual harassment helpless.

“It happened with me outside my home.”

21 years old girl (name withheld) belonging to the city outskirts shared an incident with Ground Report when one day she was returning home and two boys started following her. “Not even in my dreams I thought they will do something like this,” she added, “As I was walking down the lane one of the boys pushed me with his shoulder I looked back only to find him very close. He was all red I still remember his face especially those eyes how they were looking at me.” She went on saying, ” That guy grabbed my arms and put his hand on my mouth. I was in a lot of pain but that did not matter at that time. I remember he abused me made sexual gestures. He even scratched me. But I don’t know how and from where I got the strength to push him and scream. And they ran away.”  She also added, ” I still don’t know where I got that courage from but since that day I have become a coward. I didn’t share it with my family. And I didn’t leave my home for about two weeks. I was petrified and moreover, I thought I was not secure.”

The above-mentioned incidents are just a few. But there are much more incidents that women and children have to go through every day, not to forget transgenders as well. But since it is so stigmatised, people do not talk about it openly. Such small offences however can lead to more heinous crimes. According to a report by the National Crime Records Bureau, there were 247 rape attempts in J&K in 2020, an increase of 10% over the previous year. Moreover, there have been shocking incidents of rapes and molestations that shook the conscience of the people. Be it the brutal Kulgam rape where the 21 years old victim succumbed to her injuries or the Pulwama incident where a three years old girl was raped, there are countless incidents of such nature. But in a society like Kashmir, such topics seldom make it to public discourse, there is howsoever no talk about it. If there are, it is only when an incident makes it to the headlines and people start talking to their social media accounts to show their anger.

“No one talks about it.”

25 years old Zainab (name changed) told Ground Report, “Aesi cheezae bohat hoti hae (these things happen alot), lekin koi baat nahi karaega (but no one will talk about it). When I was harassed I tried talking to my best friend when I told her she said aesa sab kar saath hota hae yaar but kisi sae bolna nahi hota (it happens with everyone but it should not be shared with anyone).”

“When you hear even your best friend telling you not to talk about it, who do you talk to?” she questioned. “No one is willing to hear,” concluded a visibly disappointed Zainab.

Mehram a Kashmir based organisation working for the welfare of women are handling a case of sexual harassment at the workplace. Where justice still has been served and the case is still going on.

According to some people, such cases go unreported and unnoticed because of the taboos and stigmas associated with them. Also, some people feel that in Kashmir is a conservative society, people here do not want to talk about sexual harassment.

Advocate Moein Shafi told Ground Report, “There was no explicit legislation in India till 1997 to protect women from sexual harassment. In Vishaka versus State of Rajasthan guidelines, the judiciary came to the rescue of working women in 1997 and  filled the void by defining guidelines and regulations to govern employers and all others at work in Vishaka vs Rajasthan.”

He added, “Even Supreme Court considered it necessary for employers in workplaces as well as other responsible people and institutions to observe certain guidelines to ensure prevention of sexual harassment of women. But due to weak implementation of Vishaka guidelines a new act was introduced called The Sexual Harassment  of the Women at Workplace ( Prevention, Prohibition and Redressal) Act 2013, which states that “No woman shall be subjected to harassment at any workplace, whether public or private, whether the aggrieved woman is employed there or not.”

The Sexual Harassment of The Women at Workplace Act states:-

It also states that the victim can file a complaint wherever she wants. And every company needs to have an internal complaints committee even if there are no cases of sexual harassment. This act is for any woman harassed in any workplace not just for the working woman. This act gives the victim a choice between dealing with the offender within the office or approaching a court.

Section 354A of Criminal Law (Amendment) Act, 2013 prescribed a penalty of three years imprisonment with or without a fine.