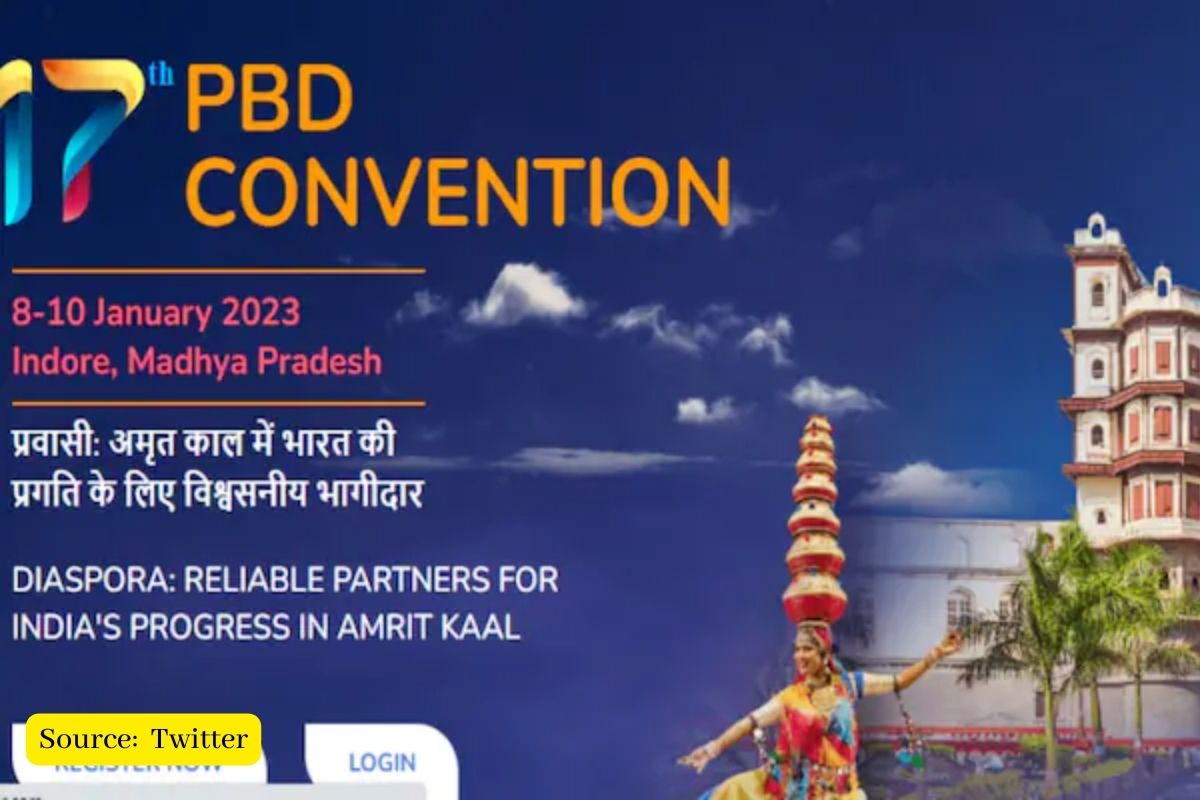 The first ‘Pravasi Bharatiya Divas’ convention in physical mode since 2019 will be held in Indore in Madhya Pradesh from Sunday, an official said. Indore Municipal Corporation Commissioner Pratibha Pal said that the first day (January 8) will be celebrated as Migrant Youth Day.

The conference was dedicated to Madhya Pradesh, with sessions on textiles, food processing, etc. There will be a total of six sessions on the first day.

The Pravasi Bharatiya Divas Convention is the flagship event of the Ministry of Foreign Affairs, providing an important platform to engage and connect with the Indian community abroad.

Pravasi Bharatiya Divas (PBD) is celebrated on January 9 to commemorate the day Mahatma Gandhi returned from South Africa to India in 1915. The tradition of celebrating Pravasi Bharatiya Divas began in 2003 when the PBD Convention was organized to mark the contribution of Indians abroad Indian development community.

Indore Municipal Corporation Commissioner Pratibha Pal said that the first day (January 8) would be organized as Migrant Youth Day. This day has been dedicated to Madhya Pradesh, in which there would be a session on textiles, food processing, etc. In total there will be six sessions on the first day.

Pal added, “The main program will take place on the second day (January 9), in which Prime Minister Narendra Modi will participate, together with the President of Suriname Chandrikaprasad Santokhi, the President of Guyana Mohamed Irfaan Ali and diplomats from various countries”.

“A special song has also been composed for Pravasi Bharatiya Divas, it will be released and an exhibition featuring photographs and information of overseas Indians who contributed to the country’s independence will be launched by PM Modi,” Pal said.

What is Pravasi Bharatiya Divas

The Pravasi Bharatiya Divas (PBD) Convention is the flagship event of the Government of India. It provides an important platform to engage and connect with Indians abroad and allows the diaspora to interact with each other.

The 17th Pravasi Bharatiya Divas Convention is being organized in collaboration with the Government of Madhya Pradesh from 8-10 January 2023 in Indore. The theme of this PBD Convention is “Diaspora: Trusted Partners for India’s Advancement in Amrit Kaal”. More than 3,500 members of the diaspora from nearly 70 different countries have registered for the PBD Convention.

Also, it honours Gandhi’s return trip to India from South Africa on January 9, 1915. Since 2015, its structure has changed to recognize Pravasi Bhartiya Divas (PBD) once every 2 years and to host Pravasi Bhartiya Divas conferences with the participation of legislators, stakeholders and experts from the foreign community.

More than 3200 foreign guests will be included

Indore Police Commissioner Harinarayan Chari Mishra said: “More than 3,200 guests from more than 75 countries come to the city. Diplomats from 29 countries are arriving here. Three deputy inspectors general (DIG), 15 police superintendents and around 9,000 police officers will be deployed for your safety during the event.”

“Modern technology and drones will be used for security purposes,” said the police commissioner. More than 50 Z+ category guests will attend the event. Help desks are being set up at strategic locations for NRIs and representatives from other countries. People knowledgeable in different languages are being appointed at this desk to assist the guests.