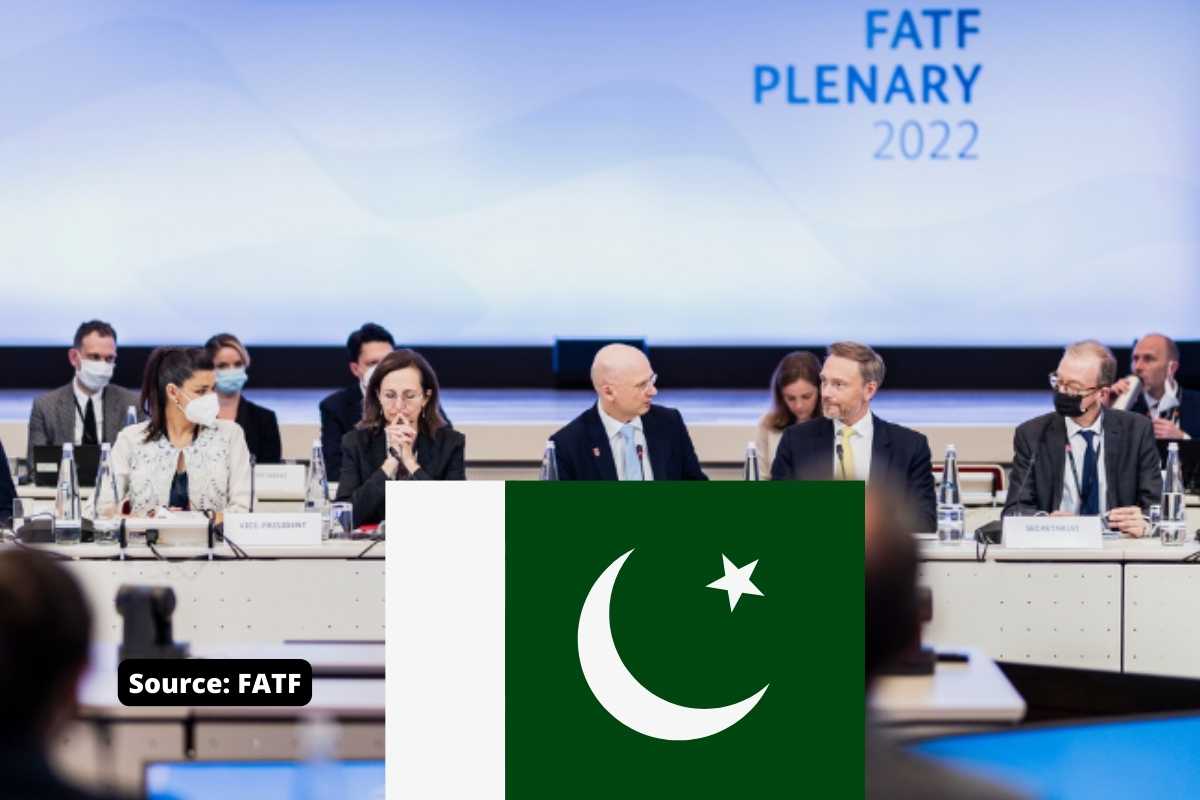 The Financial Action Task Force (FATF) has removed Pakistan from the grey list. It is an international watchdog organization that monitors countries that do money laundering and fund terrorist organizations. They prepare a monitoring list to help other countries to know which countries may have risky financial transactions. Pakistan has been on the grey list for the last four years.

In the ongoing Financial Action Task Force plenary session in Berlin, it was decided that Pakistan would now be taken out of the grey list. The session was attended by the International Monetary Fund (IMF), the United Nations, the World Bank, and the Egmont Group of Financial Intelligence Units.

Political parties in Pakistan are now competing to take credit for bringing the country out of the FATF grey list. Let us understand how Pakistan reached the gray list and whose hand is there in bringing it out.

How has Pakistan reached the grey list of FATF?

Pakistan was accused of laundering money from international funds and using it for terror funding. Pakistan was giving shelter to the terrorists blacklisted by the UN and spreading terrorism in the surrounding countries. Many countries had complained to Pakistan about this in the UN. In June 2018, Pakistan was put on the grey list by FATF. Since then, the economic condition of Pakistan has been deteriorating continuously.

What is the loss of being on the grey list?

Actually, IMF, UN, and World Bank are also members of FATF. To take loans from these places, countries have to meet the policy of FATF. That is, countries that are on the grey list find it difficult to get financial help from international institutions. Pakistan, which is facing bad economic conditions, needed to come out of the FATF list to improve its image.

After Pakistan is out of the gray list, in about 8 months’ time, FATF will inspect whether terror funding has really stopped in Pakistan? All matters will be settled only after being satisfied. According to the Pakistani newspaper Dawn, China and friendly countries were working behind the scenes to bring Pakistan out of the grey list.

Pakistan’s four years on the grey list, how did it comes out?

Pakistan is on the gray list since June 2018. The main reason why Pakistan came out of the grey list after four years is the decision of the Lahore Anti-Terrorism Court on April 9, which sentenced Lashkar-e-Taiba chief Hafiz Saeed to 33 years in prison.

In the last plenary session, the FATF recognized that Pakistan had completed 26 out of 27 tasks. There was only one thing left, which was said that Pakistan would have to act on the organization designated by the UN as a terrorist.

Pakistan had completed 6 out of 7 tasks regarding money laundering.

In the presentation for the plenary session held in Berlin, the Foreign Ministry told how Pakistan has completed the work on 27 tasks given by the FATF.

Does the credit go to Imran Khan?

Imran Khan’s party is telling how his government has done all the work to bring Pakistan out of it. The party tweeted from its official Twitter handle and said that the present government would like to take credit for this work but we want to tell the people that behind this is the hard work of Imran Khan only.

By March 2022, 23 countries were included in this list. This includes countries like Pakistan, Syria, Turkey, Myanmar, the Philippines, South Sudan, Uganda, and Yemen.