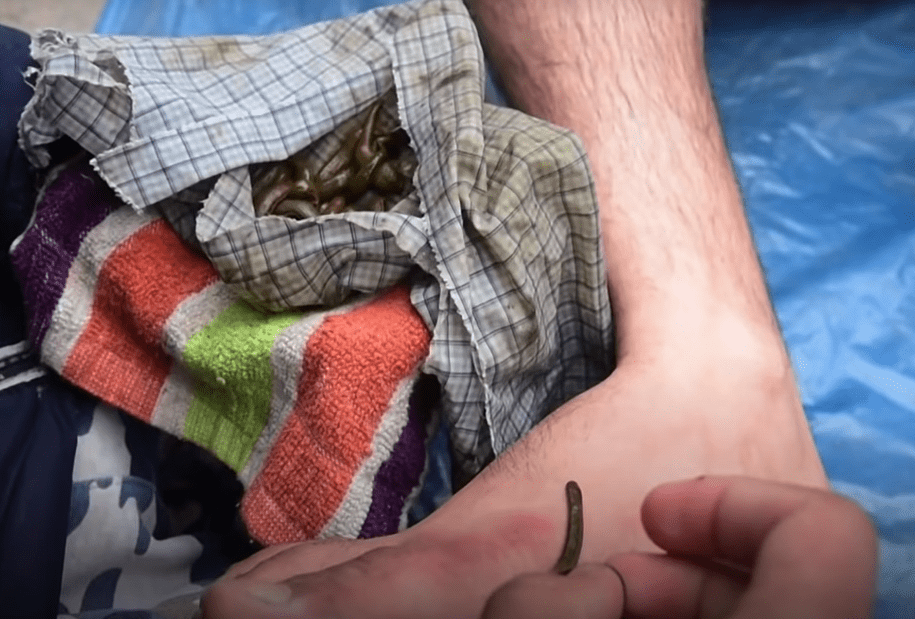 Ground Report | New Delhi: Leech therapy Kashmir; On the eve of March 21 each year, the locals of the Kashmir Valley waited for their turn to receive the treatment that many believe may improve their health in the coming year. Nowruz is the Persian and Iranian New Year. Also known as Navroz, the festival is a traditional day of celebration in the Kashmir valley to mark the beginning of spring. Among the practices followed on an auspicious day is undergoing leech therapy.

Crowds gather on the shores of Dal Lake in the Hazratbal area of ​​Srinagar, the capital of Kashmir, for leech therapy, the tradition of this process is very old in Kashmir and it is done by traditional sannyasis throughout the year, but it is organized especially on the occasion of Nowruz.

The series begins on Nowruz and continues for nine consecutive days. leeches have been used since ancient times. Most diseases were known to be caused by excess or contamination of blood, so leeches were used to draw extra blood. Leeches are believed to be effective in increasing blood circulation and breaking up blood clots. They are also believed to treat circulatory disorders and cardiovascular diseases.

Bashir Ahmad has come to Srinagar to look for the leech to treat his back. He believes that his back pain will be cured with this treatment. In this treatment, two to four leech are applied to the body until they fall off after 25-30 minutes.

The particular species of leech used is brought from Uttar Pradesh and even from Pakistan to Kashmir, costing the patient 50 rupees per leech session. Many people consider ‘leech therapy’ an alternative to drug treatments. Leeches were even known to treat various ailments in ancient Egypt.

Danish Bhat, a patient, said of his experience: “I used to feel suffocated whenever I had a cough, as I am an asthma patient. For the past five years, I have come to this hospital every time I have an asthma attack. Within half an hour of leech therapy, I feel relieved. Today I also came here for a leech therapy on the occasion of Navruz.”

Abdul Ahad, 70, said he had suffered from a bad cold and headache for years and had recently become partially blind. Conventional doctors have not been able to cure it, he said. “I have come here with hope, the doctor has assured me that I will be fine,” he said before a paramedic placed two leeches on his cheeks, just below his eyes.

Leech therapy in Kashmir is an ancient tradition that has been practised for decades. The practise remains widespread in many other parts of the world, including Iran, Ancient Egypt, India, the Arabian Peninsula, and Greece, among others.

In Kashmir, it is usually done on the particular day of Nowruz, which marks the beginning of the new year in the Persian calendar. In addition to treating people on Nowruz, practitioners meet every Friday and practice this ancient therapy.

In 2004, the FDA (US Federal Drug Administration) approved the use of leeches in modern medicine, although in the West they are more commonly used in plastic and reconstructive surgery. One bright spot in the case is the use of leeches to reattach a surfer’s hand in Australia after he was mauled by a great white shark.