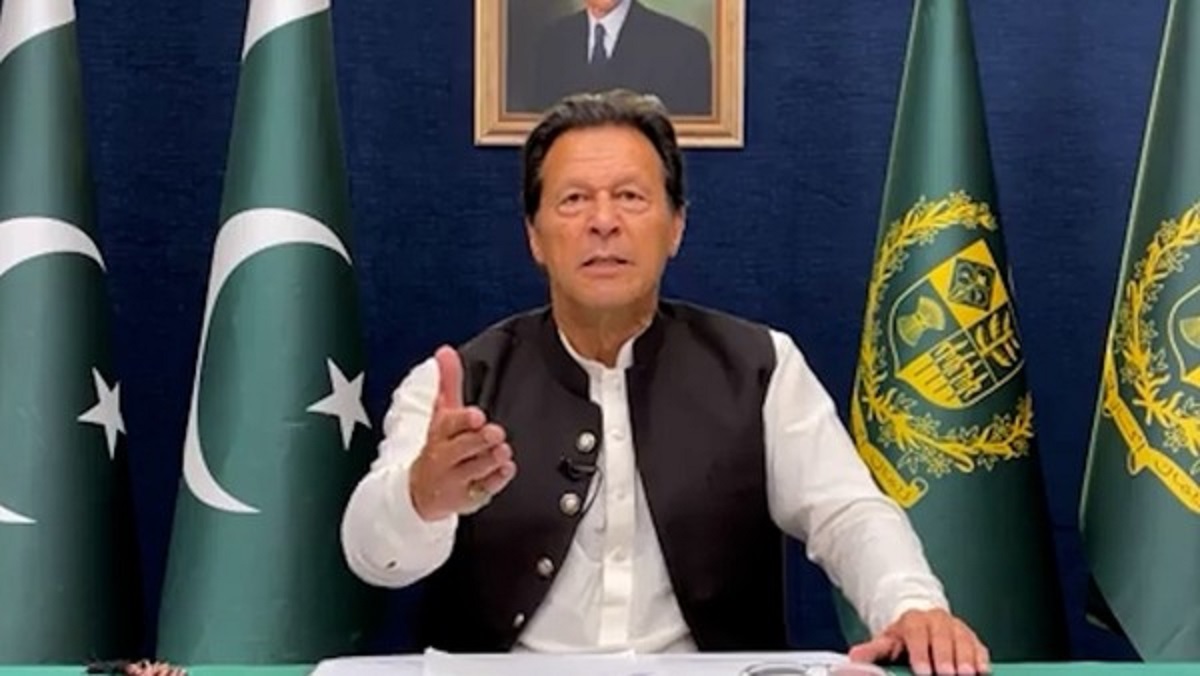 Prime Minister of Pakistan Imran Khan is addressing Pakistan on Thursday evening. Imran Khan is facing a no-confidence motion in Parliament and in the current political situation, the vote seems to be going against him.

He said, “I have never given up in life. No one should think that I will sit at home. I will come back stronger, whatever the outcome.”

He said he would not resign from his post before the no-confidence motion and would “play till the last ball”.

“When I played cricket for 20 years, the world and those who played cricket with me saw that I play till the last ball. I never gave up in life. One should not think that I will sit at home. I will come back strong.” Whatever the outcome, Khan said in his address to the nation.

He added that the no-confidence motion will decide the future of Pakistan.

“Pakistan’s goal was great. When I entered politics 25 years ago, my manifesto had three things – justice, humanity and pride,” he said.

“We get a message from another country, not the United States,” he said.”They are saying that if those who bring distrust come, everything will be fine,” he added, quoting the letter. (Imran Khan Pakistan)