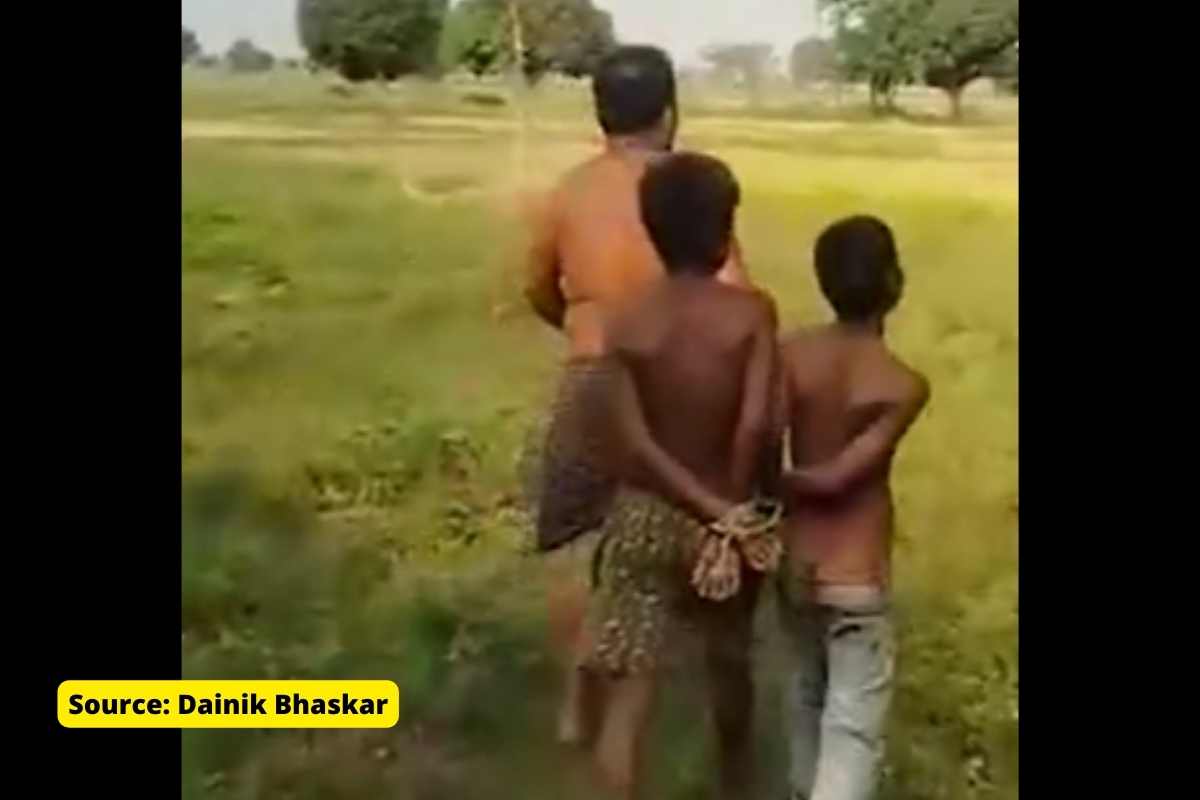 Madhubani Children were beaten for stealing mangoes: When a man descends on cruelty, he does not even see that there are children in front of him. When two children of Vasudevpur village in Madhubani stole mangoes from the garden, the owner of the garden beat them so brutally that everyone would cry after seeing them. In the viral video, the owner of the garden is seen tying both hands of the children and beating them badly. Both the children are begging for mercy but the cruel man is seen laughing at them. Even the people standing around do not help them.

The owner of the garden did not stop here, after tying and beating the children badly, he also threw a beehive on their bare bodies. These children have no clothes on their bodies, bees are seen sticking to their bodies. Some women can also be seen in the video who are laughing and seeing the crying children. Children also plead with those women to save them, but those women do not feel sorry for the children.

It is being told that this video is from Vasudevpur village of Laukahan police station of Madhubani. This video viral on social media is being confirmed. People say that these children have been given such a big punishment for stealing only two mangoes. These poor children keep crying but no one saves them. After the video went viral, an appeal is being made to take immediate action against the owner of the garden.