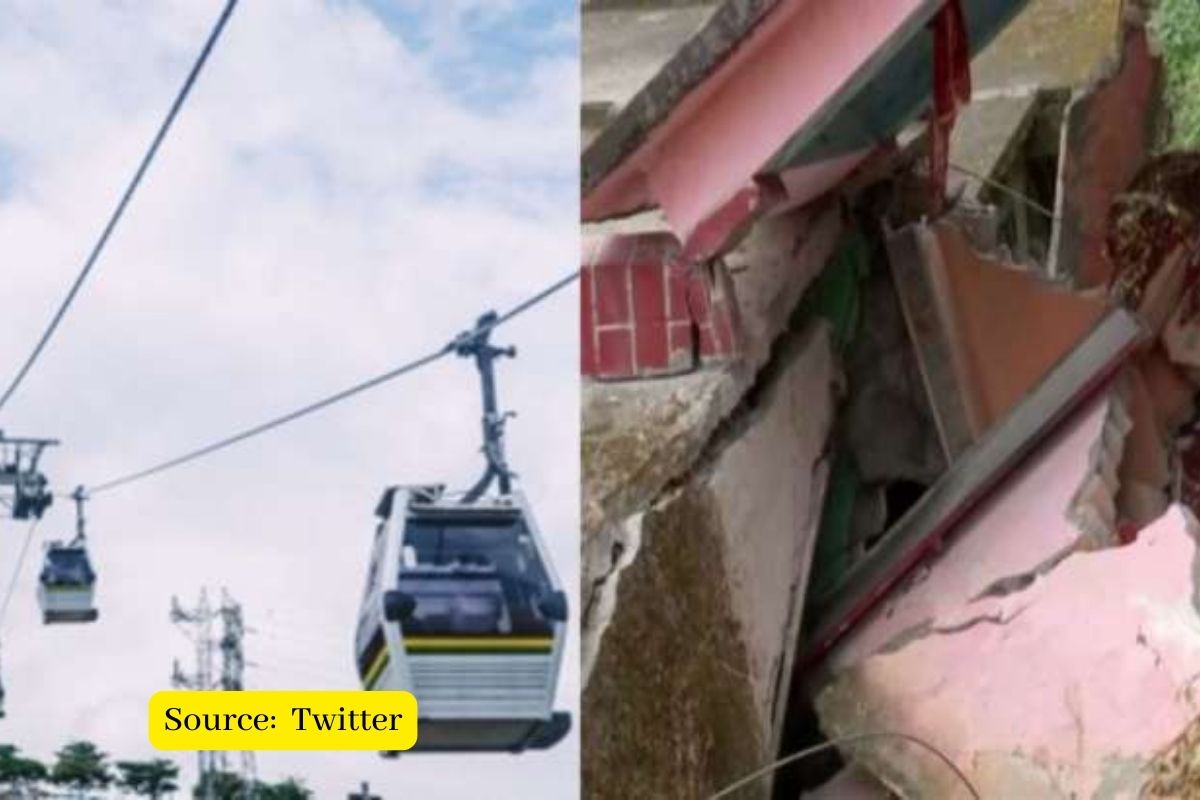 A cable car service connecting Uttarakhand’s Joshimath to Auli has been halted as huge cracks were detected near the cable car platform, an official confirmed.

“The impact of the [land subsidence] in Joshimath is spreading,” said Dinesh Bhatt, manager of the Ropeway Operation. More than 700 houses have developed cracks in Joshimath, prompting the state government to evacuate hundreds of residents.

“Following the appearance of cracks near the No. 1 cable car tower, the administration has temporarily suspended the service as a precaution. There are concerns that the cable car service may resume soon,” he added.

The cable car service has been suspended since January 5 after cracks were reported in buildings in Joshimath. The service will remain suspended until further notice, he added.

In addition, the news agency on Saturday reported that several houses collapsed in Singhdhar in the Uttarakhand city of Joshimath at midnight on January 2 and 3. Fortunately, no casualties were reported in the incident.

Speaking to ANI, Harish, a local, said: “It happened on the 2nd of January. It was around 2:30 am when we were sleeping. We heard a noise when the cracks in the walls opened up and big chunks of concrete started falling”. “We were afraid and we spent the night in the open. The next day they transferred us to a nearby public school,” he said.

“Many important documents and household items were destroyed. But fortunately, no lives were lost. Some hotels in Manohar Bagh have also developed large cracks,” Harish added. Another resident, Rishi Devi, said that although her residence and many others had developed cracks for some time, the municipality refused to act, saying it had no orders from higher authorities.

“Our house had cracks for some time. We had asked the municipality for help. But for two days, on January 2 and 3, our house and others collapsed. A nearby temple also collapsed and we even lost our cattle. My two sons are jobless now,” Rishi Devi said. In view of the Joshimath land subsidence incident, the state cabinet on Friday approved an amount of Rs 45 crore as relief for the affected families.

It is worth mentioning that the biggest development came almost two weeks after houses and roads in Joshimath developed cracks.