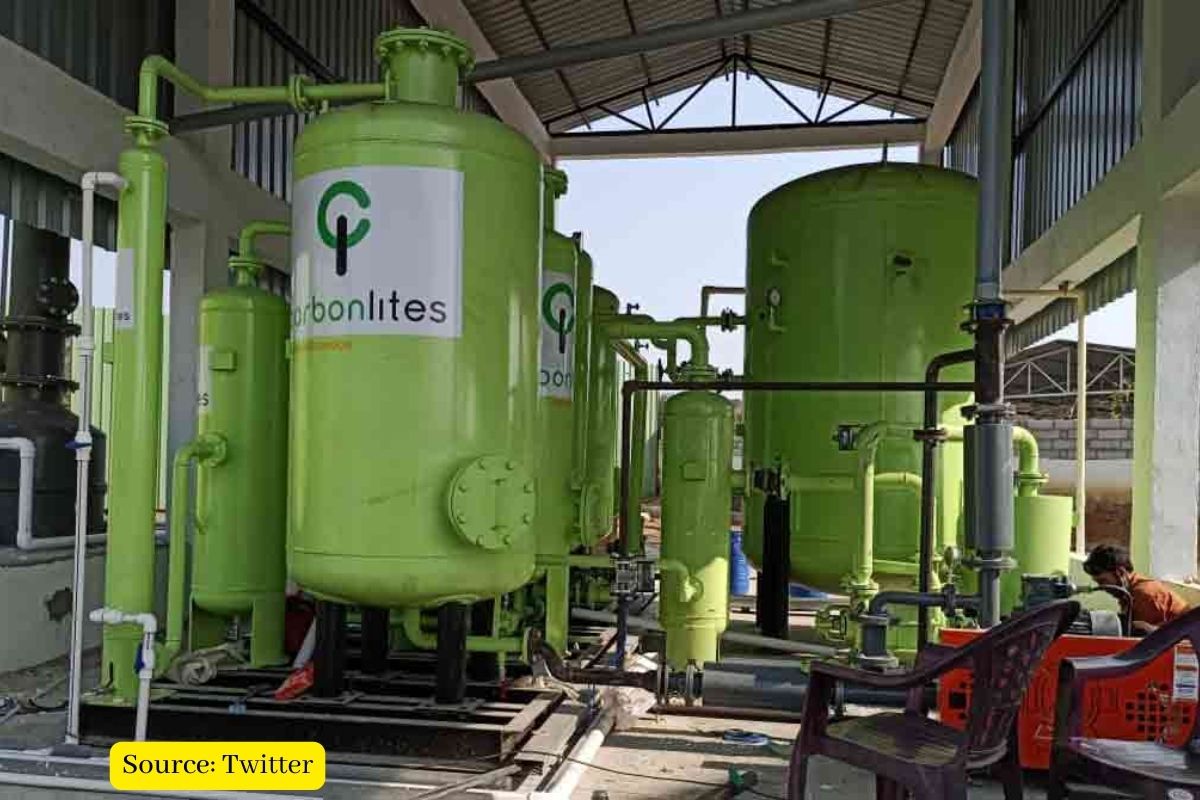 On February 19 this year, Prime Minister Narendra Modi inaugurated India’s newest bio-CNG plant in Madhya Pradesh’s Indore, which is touted as Asia’s biggest. The plant is in line with PM Modi’s vision of creating a “garbage-free city” under the Swachh Bharat Mission Urban 2.0.

This Bio CNG plant will be operated from 100% wet waste. The bio-CNG plant is built in PPP mode, from which the Indore Municipal Corporation will earn revenue of Rs 2.5 crore per year. Some 400 Indore buses can run daily on the gas generated at the Bio-CNG plant.

Bio-CNG helps tackle air pollution at three levels – reducing methane emissions, preventing waste burning and phasing out fossil-fuel-powered vehicles. The mission is being implemented under the overarching principles of “Waste to Wealth” and “Circular Economy” to maximize resource recovery – both of which are exemplified at the Indore Bio-CNG Plant.

The plant was installed on 15 acres of Indore Municipal Corporation trench land in the Devguradia area with an investment of Rs 150 crore through Public-Private Partnership (PPP) mode.

The plant is capable of producing 19,000 kg of Bio-CNG (compressed natural gas) per day from 550 tons of wet waste (from fruits, vegetables, raw meat, stale food, green leaves and flowers) and a part of this gas produced will soon be used for the operation of 400 buses in the city.

The Bio-CNG plant has the capacity to treat 550 tonnes of segregated wet organic waste per day. It is expected to produce about 17,000 kg of CNG daily and 100 tonnes of organic manure daily. The plant is based on a zero landfill model, which will not generate any rejects. Additionally, the project is expected to yield several environmental benefits, viz—reduction in greenhouse gas emissions, organic manure as fertilizer as well as providing green energy.

Indore Municipal Corporation will buy at least 50% of the CNG produced by the plant and will run 400 city buses on CNG in a first-of-its-kind initiative. The remaining quantity of CNG will be sold in the open market. Organic manure will help to replace chemical fertilizers for agriculture and horticulture purposes.

Dr Salil Bhargava, professor, of the department of tuberculosis medicine at MGM Medical College, Indore said in the long run, people can develop diseases of the upper respiratory system such as rhinitis and tracheitis. Also, the problems can aggravate people who are already sick, such as those with heart problems, organ transplants, and children who are malnourished or anaemic. Even if they are not aware of or used to it, they are inhaling noxious gases all the time, Bhargava said.

The bio-CNG plant on wet waste collected from the city serves as a showcase for the IMC’s waste disposal procedure. It is the biggest such facility in Asia, according to city officials.

It can generate 10 tonnes of organic manure and 17,000 to 18,000 kg of bio-CNG. Up to 150 city buses utilise Bio-CNG as their fuel because it is five times more affordable than regular CNG. In its most recent fiscal year, the IMC made Rs 14.45 crores from waste disposal, including Rs 8.5 crores from the sale of carbon credits internationally and Rs 2.52 crores in annual premiums from a private company for sending garbage to the bio-CNG industry.

Clearly, Indore’s case has shown that with unique solutions, the Swachh Bharat dream is achievable.  “We are paying a royalty of Rs. Rs 2.52 crore per year to ensure that the IMC supplies waste of at least 90% purity,” he said, adding that incoming waste will also be tested first before entering the digester.

There is a lot of scope for bio-CNG in India, but we are using less than 2.5% of our net bio-CNG potential when it comes to municipal solid waste and wastewater energy alone. If “properly harnessed”, they wrote, bio-CNG from these sources can replace around 4,000 tonnes of India’s diesel consumption per day.

The demand for CNG vehicles in India has been on the rise. Gujarat alone reported a 143% increase in demand for such vehicles between 2017 and 2020, Times of India reported in September 2021. And according to Autocar India, CNG car sales in India grew by 97% between April and September 2021. This bodes well for bio-CNG use in the country as well, because vehicles that can run on CNG can also run on bio-CNG without additional mechanical modifications.