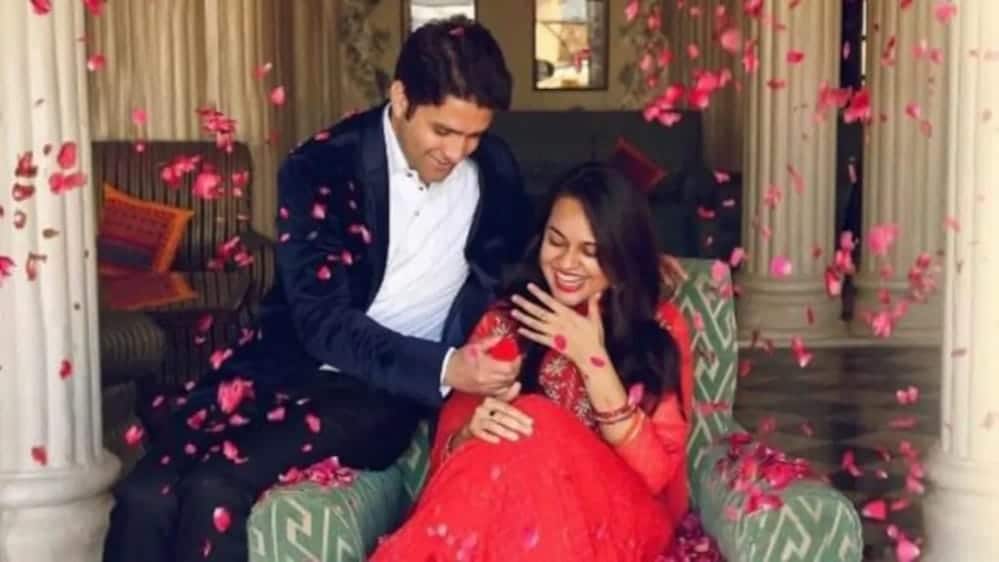 Another person wrote, “UPSC topper #TinaDabi filed for divorce with Athar Khan, after 2 years of marriage. Tina Dabi you are lucky, atleast you are safe. #TinaDabi #lovejihaad”.

However some of netizens are trying to stand against hate mongers.

One of the user wrote, ” Tina Dabi and Athar Khan have decided to get divorced and nowhere have they mentioned religious or cultural differences to be the reason behind it, can we stop making assumptions”.

“People who are relating Tina Dabi and Athar Khan’s divorce with Love JIhad reference  are nothing but the right wing sympathisers . Grow up guys, u don’t have jobs that doesn’t mean u guys will start trending someone’s divorce status on  twitter” another user wrote.

Tina Dabi and Athar Aamir, who were toppers in the civil service examination, have decided to separate from each other. Both have filed for divorce with mutual consent in a family court of Jaipur on 17 November. Tina and Athar’s love story, which was a topper in the civil examination, was in the news. Both of them got married in the year 2018.

According to the report, the two met on May 11, 2015, at a program in Delhi’s Personal and Training Department. During this time, both of them were giving heart to each other. Now the relationship has soured. It has been said from both sides in the application that we can no longer live together. Both are currently posted in Jaipur. Tina is working in the Finance Department as Joint Secretary and Aamir CEO EGS.

Tina Dabi, who was the UPSC topper of 2015, married Athar Aamir ul Shafi Khan of Jammu and Kashmir. Athar also secured the second rank in the civil service examination in the year 2015.

The Hindu Mahasabha had objected to the decision of IAS topper Tina Dabi and Athar Aamir and called it a conspiracy of love jihad. Athar is from Anantnag and Tina Dabi is from Delhi.