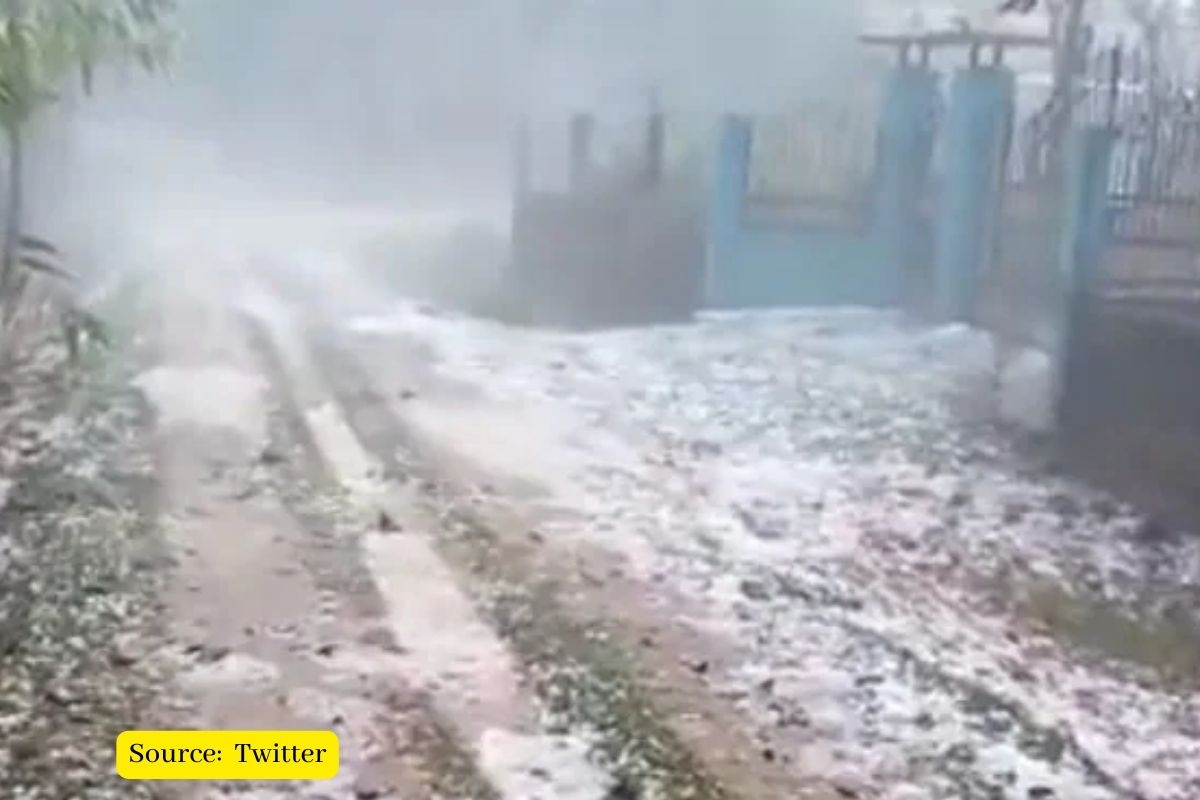 “A total of 4,483 houses were damaged in 132 villages in Dibrugarh, Charaideo, Sivasagar and Tinsukia districts,” the Assam State Disaster Management Authority (ASDMA) said in a statement.

“Nearly 18,000 people have been affected and the families affected by the hailstorm were supplied with tarpaulins,” the statement added.

Sunit Das, the scientist at the IMD’s regional center in Guwahati, told Down To Earth that one was the entry of low-level moisture from the Bay of Bengal, and the other was the formation of a low-pressure area due to a western disturbance from northwest India.

According to Sunit, the freezing level (the level in the atmosphere where the temperature drops to zero) was at a lower level of three kilometres, which aided in the formation of hail. “Whether such incidents will increase in the future due to climate change is difficult to ascertain. Many factors need to be studied for this,” he said.

Such studies are desperately needed, as farmers in the region have to prepare to deal with such eventualities. Rabi crops of many farmers have been ruined in this hailstorm. Sunit said that farmers in the area usually grow vegetables at this time of the year and such incidents could damage the vegetables.

Hailstorm over next 5 days

The weather department is also forecasting some snow in the state this time. The Regional Met Center Guwahati has forecast light to moderate rain, and light snow in Assam over the next five days.

Several places in the state, including the town of Moran in Assam’s Dibrugarh district, have been forecast to receive heavy rain and hail in the next 5 days, according to the Regional Meteorological Department.

Not only this, a dense layer of fog or mist is forecast in the mornings over the course of the next 5 days. It is worth mentioning that more than 4,400 houses were damaged after a heavy hail storm hit four districts of Upper Assam on Tuesday (Tinsukia, Dibrugarh, Charaideo and Sivasagar) affecting 132 villages.

According to the ASDMA statement, “a total of 1,401 farms and families affected, and 172.73 hectares of cultivated land damaged by hail (mustard, peas, potatoes, lentils and other highly affected crops) in the Charaideo district, while than 10.5 hectares of arable land, and 71 farmer families affected in Dibrugarh district.