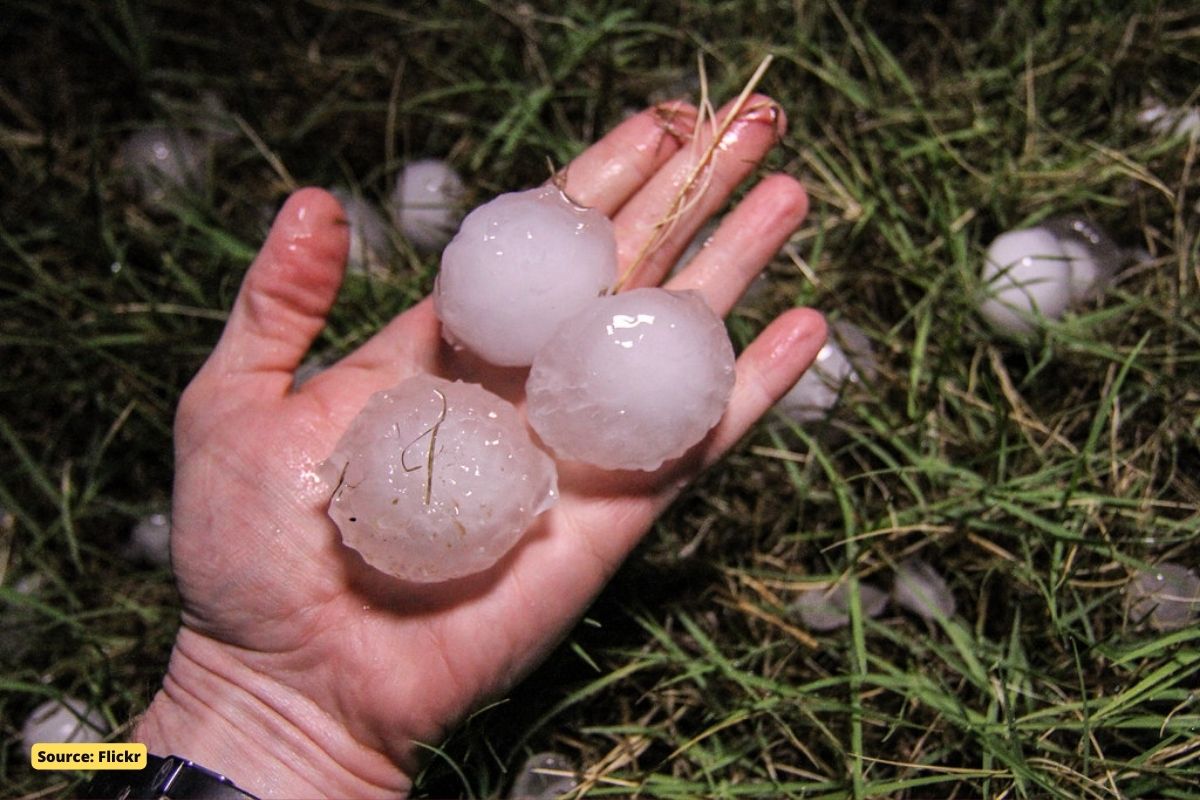 A new study from the University of South Wales, Australia (UNSW) suggests that climate change will mean we’ll see fewer hailstorms as the years go by. But it is not all that it says despite being less common, the hail will be larger.

To reach these conclusions, the team of researchers focused on the analysis of the atmospheric conditions that influence the size and frequency of hail. Their results are published in the journal Nature Reviews Earth and Environment.

The atmospheric ingredients that affect hail are an unstable atmosphere, the amount of hail that melts, and wind shear or differences in wind height, factors that will change as the weather gets warmer.

“We know that with climate change we are going to have more moisture in the atmosphere and that leads to greater instability in the atmosphere, so we expect there to be more of a tendency for storms to occur due to this unstable atmosphere,” said the lead author. and UNSW Sydney Center for Climate Change Research Postdoctoral Fellow Tim Raupach.

“Because the atmosphere will be warmer, the melting level, which is the height in the atmosphere below which the ice begins to melt, will increase,” he adds. “So as the level of melting goes up, the hail that forms high in the atmosphere and falls toward the ground has more time to melt and can actually melt completely before it hits the ground, and you end up no hail on the surface.”

Overall wind shear, a process that “organizes” storms and makes them more severe, is expected to decrease, he said, but hailstorms will be affected more by the other two factors.

“The changes that can be expected from these three properties of the atmosphere lead us to expect hail to be less frequent because essentially there is more melting to come. But hail will be more severe when it does happen because there will be more instability in the atmosphere which can lead to much larger hailstones,” he concludes.

Various conditions in the atmosphere are required for hail storms to occur. Highly developed Cumulonimbus clouds need to be present. These are the anvil or mushroom clouds seen during thunderstorms and can reach heights of up to 12 miles.

There must also be air currents rising through these clouds, commonly referred to as updrafts. Updrafts contain ice particles, as large numbers of water droplets are converted to solid ice due to low temperatures found high up in large clouds. The last remaining condition is that the clouds must contain high concentrations of supercooled liquid water.

Hail forms when air currents within thunderstorms are strong enough to carry water droplets very high, about 20,000 feet above sea level, above freezing. This freezing process forms a small hailstone, which can grow as additional water freezes. Eventually, the hail becomes so heavy that the updrafts can no longer support it and it falls to the ground.

However, hail can remain in the upper part of the cloud by other updrafts that have the strength to keep it in the atmosphere. For example, hail the size of a golf ball would need an updraft flowing at about 100 kilometres per hour to stay high in the cloud. The size of a hailstone depends on the amount of time it spends surrounded by water droplets, but eventually, gravity causes the stone to fall to Earth.

During this process, the hail can become considerably large. Hail almost 20 centimetres in diameter and weighing about 800 grams have been found. Hail falls at a speed of more than 150 kilometres per hour, although the speed depends on several conditions, such as weight, air friction and collisions with other suspended objects.

Hail is often associated with thunderstorms, which are one of the ways the atmosphere releases energy. When warm, moist air meets cooler, drier air, the warm air rises, and water vapour condensed in the air, forming a cloud. As water vapour condenses, it releases heat, which is a form of energy. Much of the storm’s energy comes from the condensation process that forms storm clouds. As the storm progresses, the rain eventually cools the entire process and the energy disappears.

With higher atmospheric temperatures due to global warming, a greater concentration of energy is expected, so we could expect an increase in the frequency and intensity of storms in many places on the planet, including storms like the one that recently brought so much hail to Earth. In this sense, we must prepare ourselves for all the changes that will occur on the planet in the coming years.